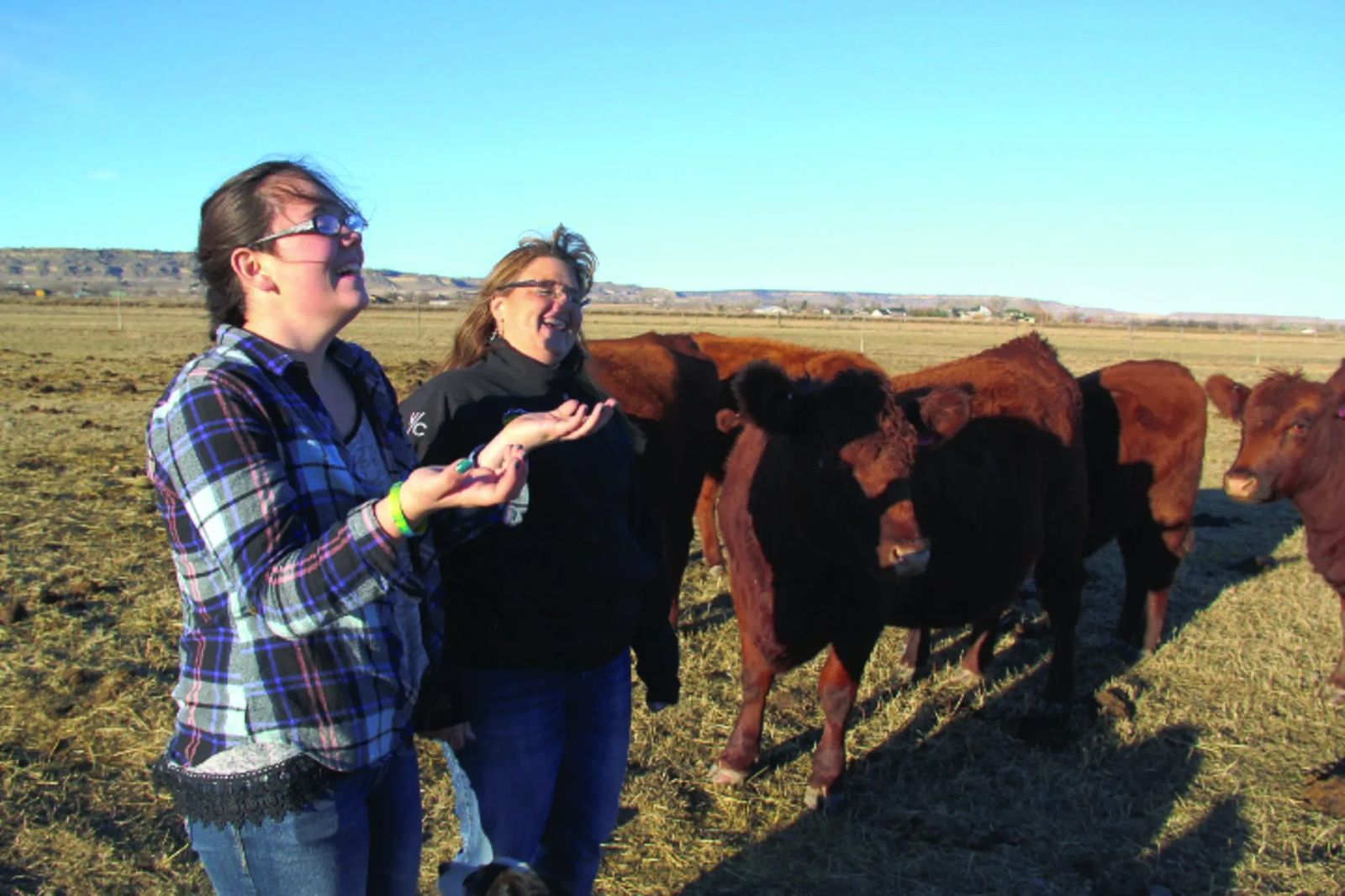 Helping to Raise a Herd

On a warm, clear day in early December, 14-year-old Shaylee Tamcke is standing in a pen on the Christensen Red Angus ranch just outside Park City, trying to make her mind up.

She is one of 22 young recipients taking part in the 2016 Merit Heifer program, sponsored by the Northern International Livestock Exposition Foundation.

Shaylee has already narrowed her choices down to two heifers, “299” and “294,” and though she doesn’t know it, Veronica Christensen, who is Shaylee’s heifer donor, is hoping she’ll pick 299.

Based on what Shaylee stated in her Merit Heifer application, Veronica says 299 seems like just the right heifer—she’ll show well but should also be an excellent producer, a herd builder. 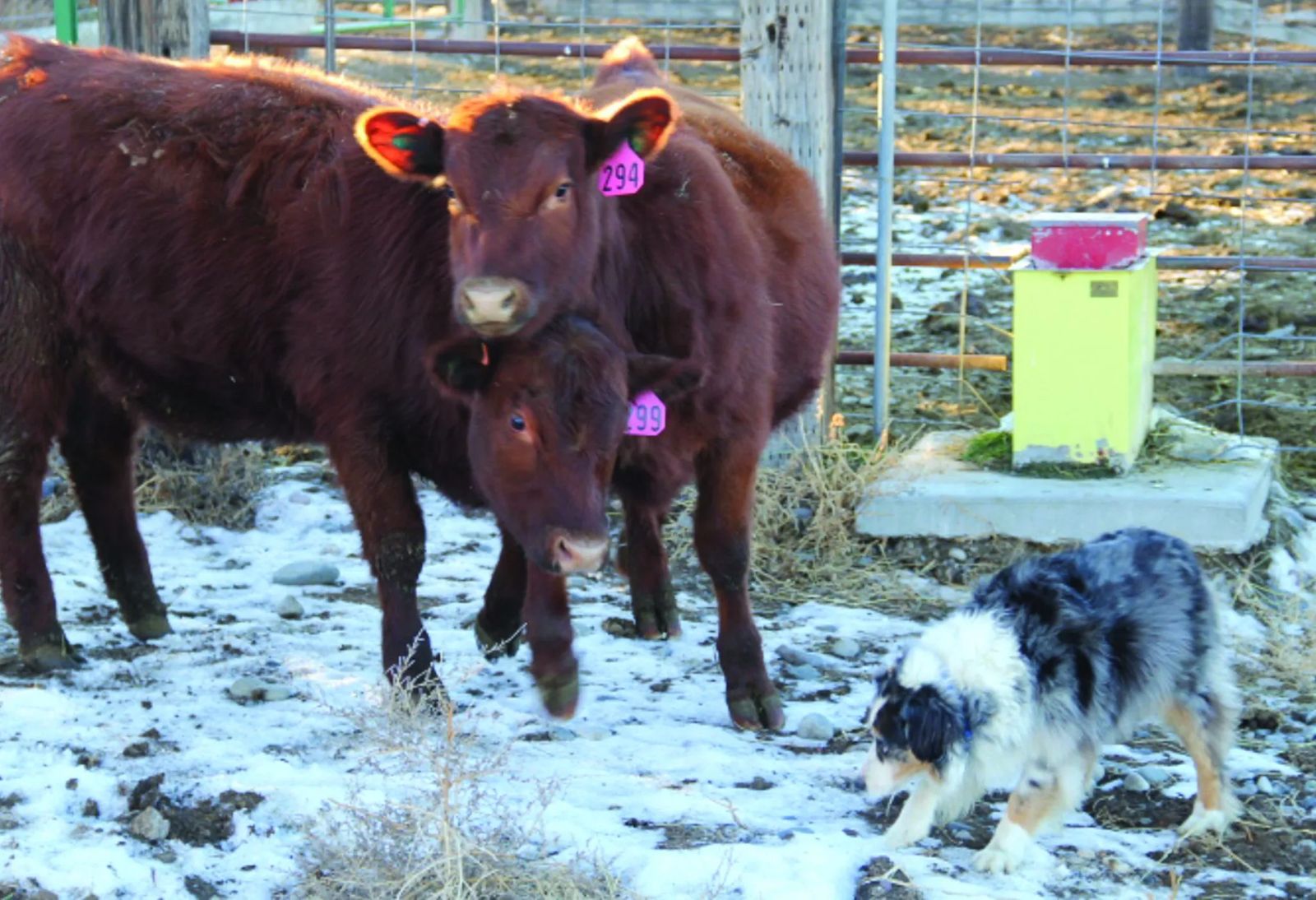 But Veronica’s not pushing. She knows it’s Shaylee’s choice, so she’s being honest about the advantages of both heifers. They go over genetics and feeding records, body size and shape, how they move and how they plant their feet. They’ve already been out to a nearby pasture to look at the mothers of both heifers.

The mother of 299 is a beautiful creature, squarely built and straight-backed, but then there’s “Moose,” the mother of 294. She’s well-built, too, but she’s older and she’s huge—hence the name Moose.

Back in the pen, Shaylee is weighing the merits of the two candidates.

Veronica suggests she climb up on the fence and look down at their backs from above. “She’s really straight,” Shaylee says, referring to 294, “and she’s really pretty.”

Veronica grabs her and wraps her in a big hug, then pulls away and says, “She’s gonna do you very well.” 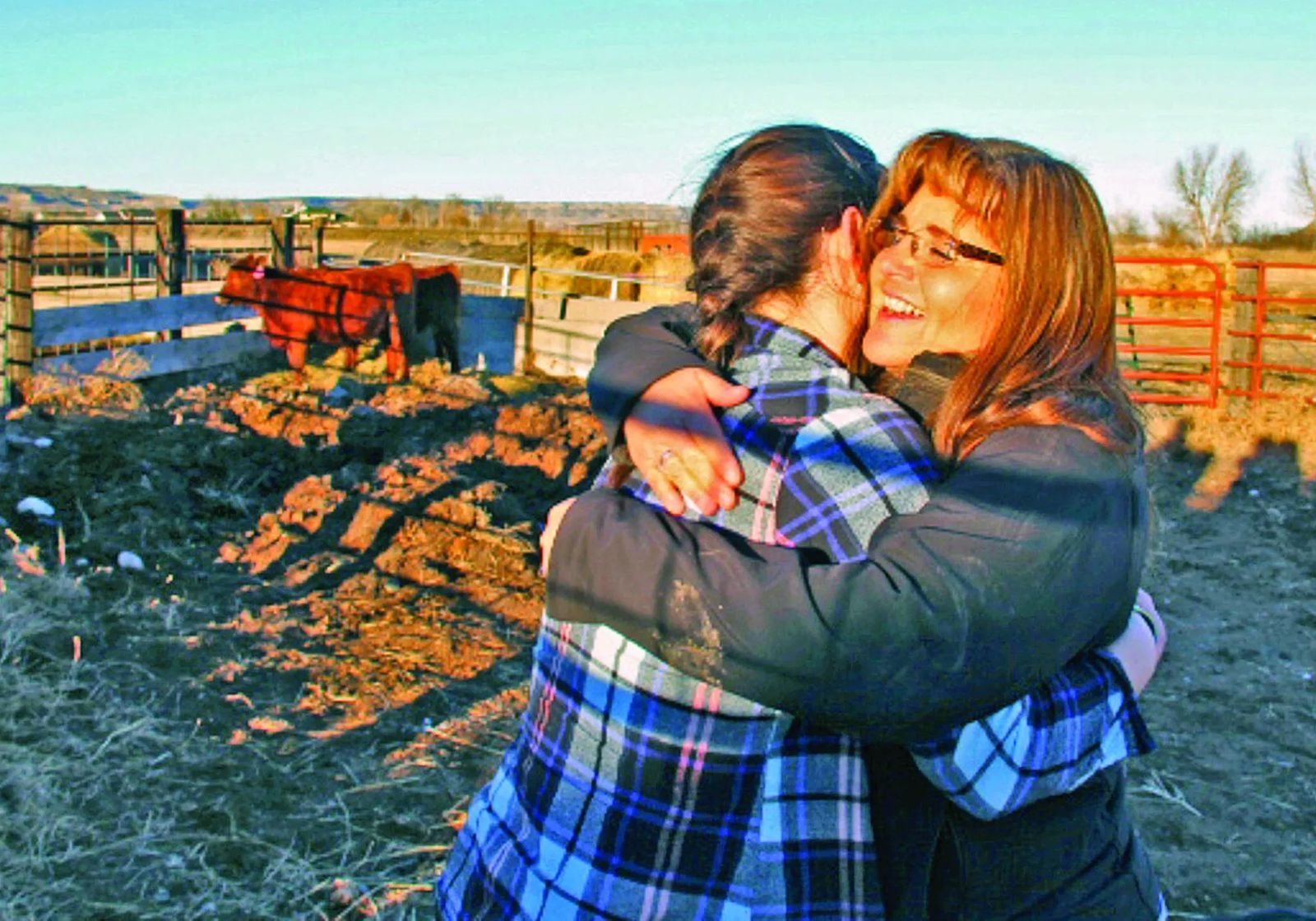 Variations of that scene have been played out hundreds of times since Bill Pelton started the Merit Heifer program for the NILE in 2000. Since then, program coordinator Shelby Shaw says, 301 donors and recipients have been matched up. The idea is to give young people a head start in the cattle business and to preserve and promote agricultural traditions.

The heifers are jointly owned by NILE and the recipients for one year, after which the recipients became full owners of the heifer and all her offspring. They also have to make arrangements to have the heifer bred and then exhibit her at the NILE Stock Show the following October.

In recent years, there have been 22 recipients in each class, Shaw says, with 75 to 100 applicants vying to be chosen. Recipients are selected based on merit, their goals and their ability to care for the animals. The program is not limited to Montana. Recipients have also come from Wyoming, Washington, South Dakota, Utah and Colorado. Most of the donors are from Montana and Wyoming.

The budding ranchers are required to keep detailed records and to file monthly reports with both the NILE and the heifer donors. Shaw will send the recipients different questions each month, and she encourages them to keep in contact with their donors.

She’ll even ask questions like “What’s your donor’s dog’s name,” Veronica says. “That’s Shelby’s way of making sure they stay in touch with the donors.”

Veronica and her husband, Vince, previously donated two heifers through the program, and with heifers currently fetching an average price of $2,700, Shaw says, “It’s a huge donation.” Huge and then some. Veronica says a registered heifer with good genetics can go for as much as $5,000.

But she and Vince are passionate about encouraging the next generation to get involved in agriculture.

“This is the perfect program for what we want,” she says. 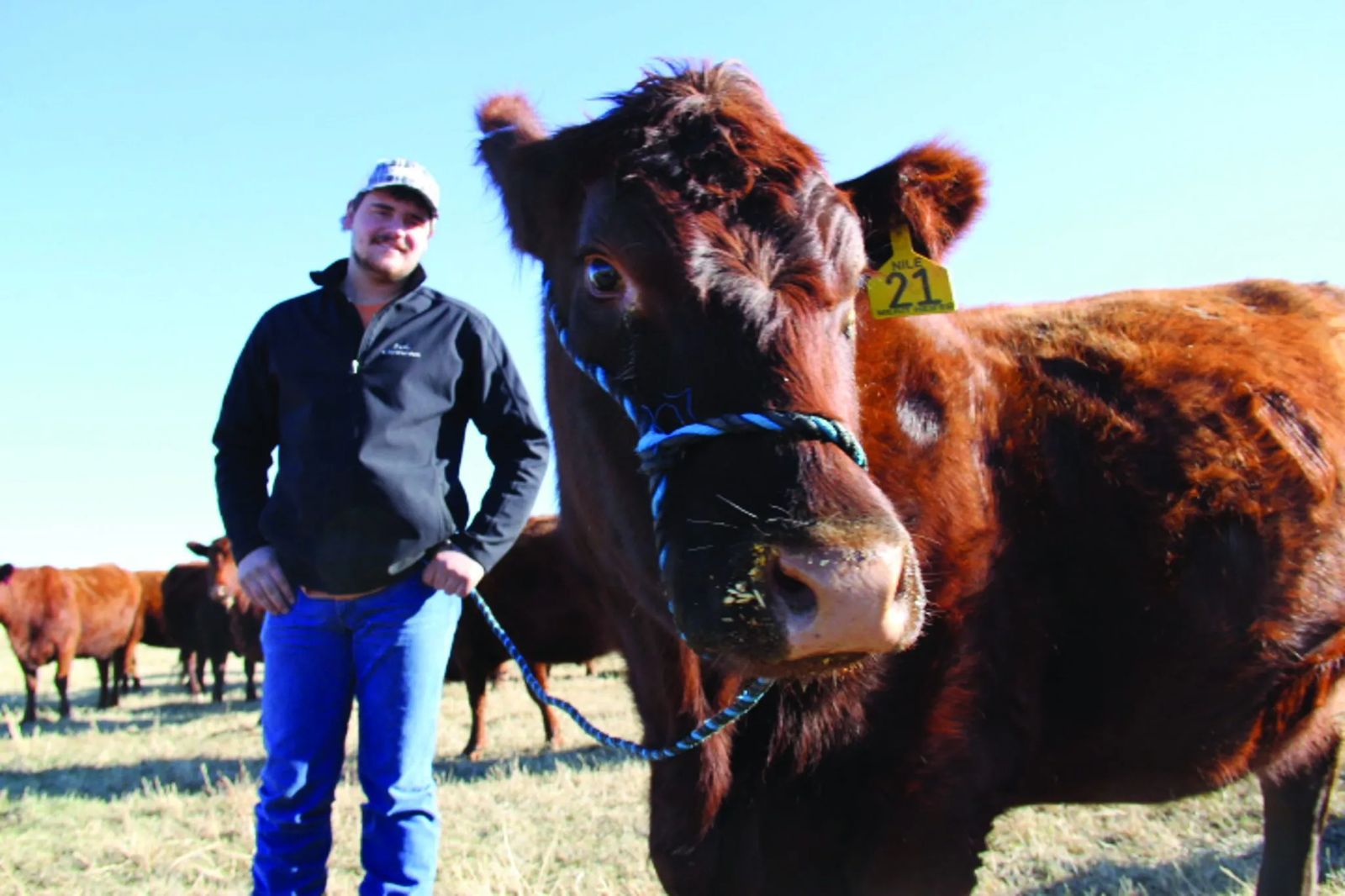 Their son Seth was a heifer recipient in 2014, when he was given a registered Red Angus from Mill Creek Red Angus in Plevna. Seth needed a Red Angus because he’s working toward becoming a purebred breeder.

He did his research and looked for a heifer with different genetics from the Red Angus on his parents’ ranch, something that would strengthen the herd.

“I was looking for some different body size from what we have,” he says. “And I wanted an animal that would last forever—not just a show cow.”

By coincidence, Seth had met Bruce and Tina Ketchum at a Junior Red Angus Association get-together in Billings the summer before he became a recipient, and he really liked one of their heifers and asked them a lot of questions about it. So he was surprised when the Ketchums ended up being his donors.

He and his family drove to Plevna—“All I know is, it was a long drive in the dark,” Seth says—and he had to sort through a large number of heifers, gradually narrowing his choices down to five, then three, two and one. Veronica says that when he picked Blockanna (her registered name), Bruce Ketchum told him, “‘Seth, that’s the same little heifer you bugged me about this summer.’ So, they were kind of destined to be together.”

Blockanna lost her first calf to pneumonia, Veronica says, but they gave her another calf to raise and she did really well.

“She’s got maternal instincts that are just phenomenal, so we’re excited,” Veronica says. 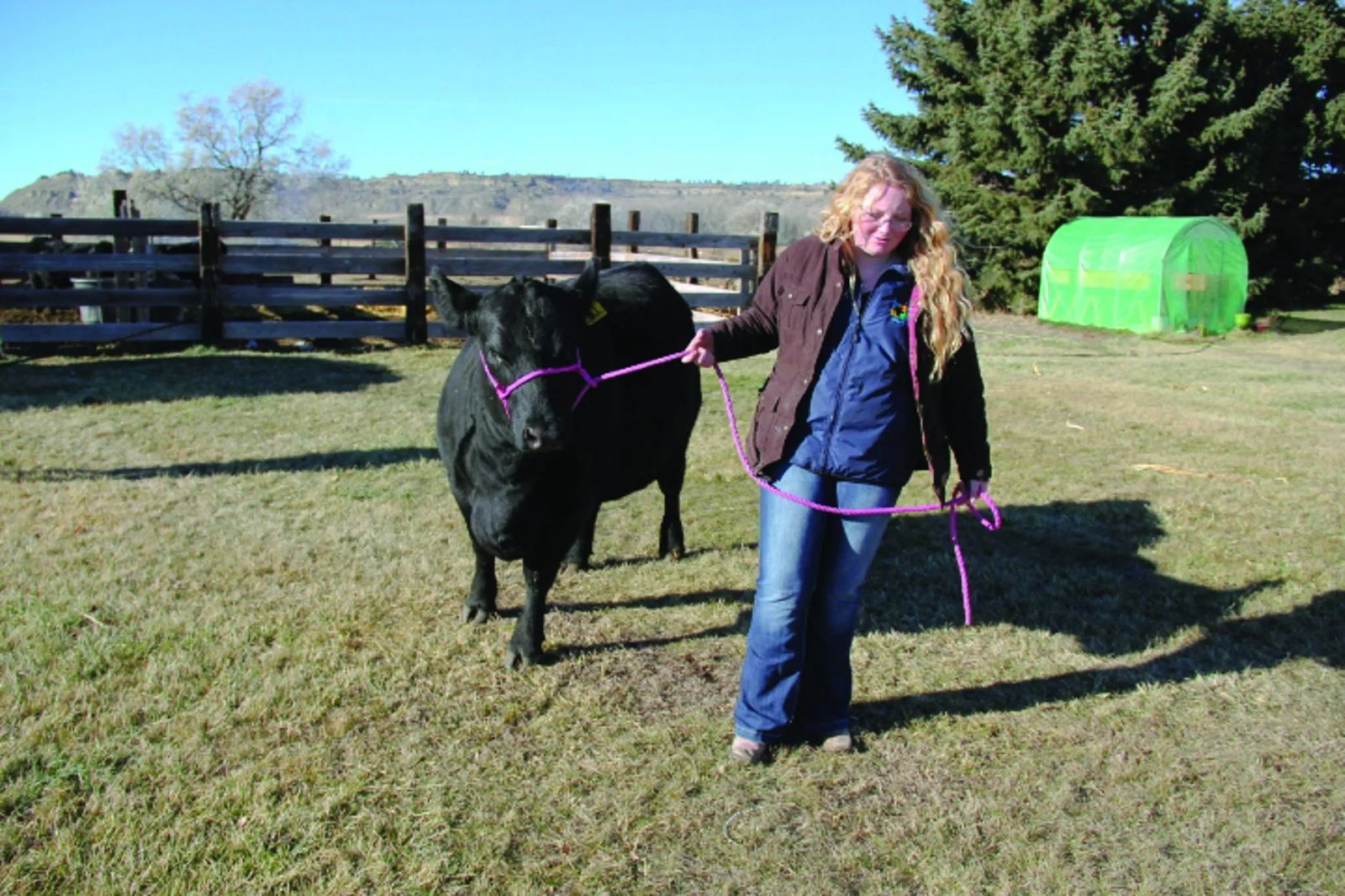 Not far from Christensen Red Angus, a friend of theirs, 16-year-old Reianna Reiter, lives with her parents and two younger siblings. She became a heifer recipient last year, receiving a registered Black Angus from a ranch in Belgrade. She named her Callie. Reianna’s grandfather used to have a lot of cattle, she says, but her family has just nine Black Angus now.

“I picked out Callie because I thought she was cute,” she admits, but she also has big plans for her. “Yeah,” she says, “I’m gonna try to build a herd.”

Reianna says she understood, generally, what kind of paperwork went into keeping track of a heifer, but she didn’t really get it until going through the Merit Heifer program. She wasn’t the only one who found the process educational.

“My grandpa helped me and he was learning stuff all the time,” she says.

“It’s a constant learning process,” Veronica agrees. “Even at my age.”

Meanwhile, back in the pen at Christensen Red Angus, Shaylee’s dad, Shane, is explaining how they’ve got a small spread near Helena, with about 35 cows. Shaylee has shown cows for three years and she already has one heifer, he says, but this will be her first purebred.

“She wants to be a dentist and have 10 cows, or something like that,” he says, so 294 is the heifer she’s hoping to build that herd on.

In addition to giving her heifer, Veronica informs Shaylee that Christensen Red Angus also intends to pay her first-year membership fees in both the state and national Junior Red Angus associations.

After Shaylee picks out her heifer, her dad stares at his phone for a little while, then looks up and shouts over, “You’ve got 50 days.”

Asked what he’s referring to, Shane says it’s 50 days until the Montana Winter Fair in Lewistown. That’s where Shaylee plans to show 294 for the first time.