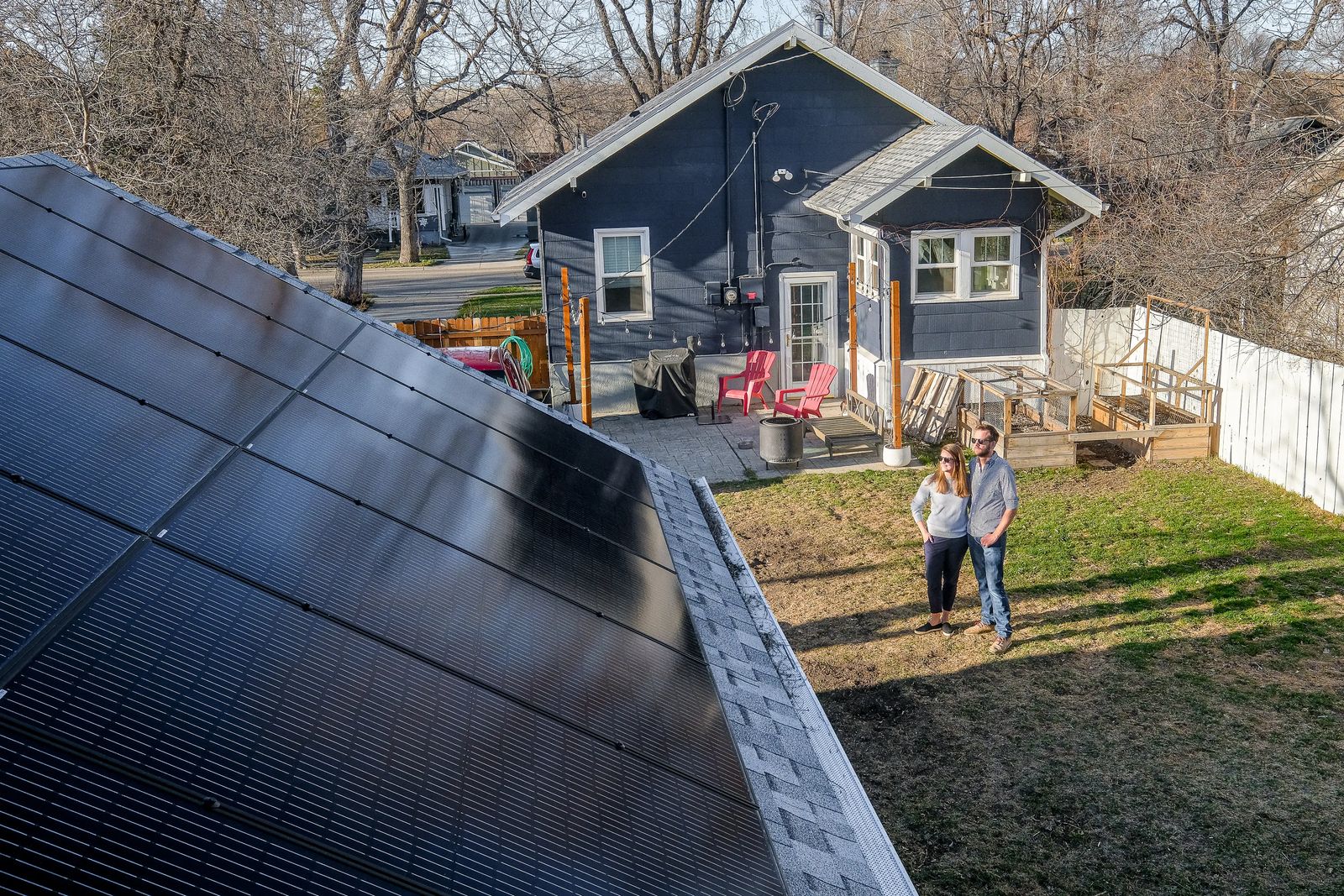 More and more Montanans are taking advantage of a federal tax credit to start producing solar-powered electricity in their homes, a trend that makes sense to Andrew Valainis. People in this state are generally self-reliant, says Valainis, executive director of the Montana Renewable Energy Association, and they like to be able to produce their own food and other necessities.

“Roof-top solar really kind of aligns with that cultural approach and that mentality,” he says. “I think more and more people are realizing the benefits of it.”

One of those people is Tyler Mortenson, an architect with Cushing Terrell in Billings. Mortenson and his wife, Morgan Malany, live in an older, 2,000-square-foot house near downtown, and they had a solar photovoltaic system installed on the roof of their garage last July.

“I had always been thinking about it, but just hadn’t had the time to really dig into it,” Mortenson says. He’s a volunteer with the Yellowstone Valley Citizens Council, an affiliate of the Northern Plains Resource Council, a Billings nonprofit that advocates for conservation and family agriculture. The NPRC sponsored a Solarize Billings campaign two years ago, resulting in 11 new solar residential projects, with some homeowners who signed up still considering the switch. 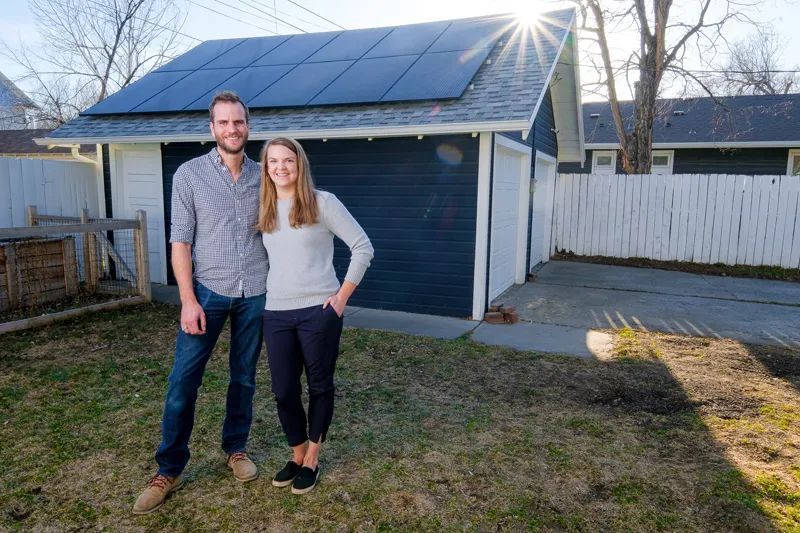 That’s when Mortenson, who helped with the campaign, decided to make the leap himself. He obtained a no-money-down, 10-year loan through the Montana Department of Environmental Quality, and also took advantage of a 26 percent federal investment tax credit for residential solar systems.

The tax credit is a dollar-for-dollar reduction in the amount of income tax a homeowner would otherwise owe. A home solar installation typically costs between $10,000 and $20,000. With a $15,000 installation, a 26 percent tax credit would result in a tax reduction of $3,900, lowering the overall cost to $11,100.

Mortenson and his wife make a monthly payment of $120 on their DEQ loan. That’s more than he would have paid for electricity most months, except when he’s using air conditioning in the summer. And since the system is not yet a year old, Mortenson is not sure how much excess energy their solar system will produce. But next year, he says, “we should not have any utility payments for the year.” And in 10 years, when the loan is paid off, most, if not all, of their electricity will be free.

Another key incentive for residential solar is Montana’s net-metering law, which allows a residence using less energy than is generated by the solar panels to send that excess energy to the power grid for use by other consumers. When that happens, a home’s electric meter “spins” backward, subtracting the energy sent to the grid from the total amount of power used by the consumer. Off-the-grid solar producers usually have to store excess energy in batteries. Homeowners connected to the power grid in effect use their power company — in Billings either NorthWestern Energy or the Yellowstone Valley Electric Cooperative — as their storage battery. 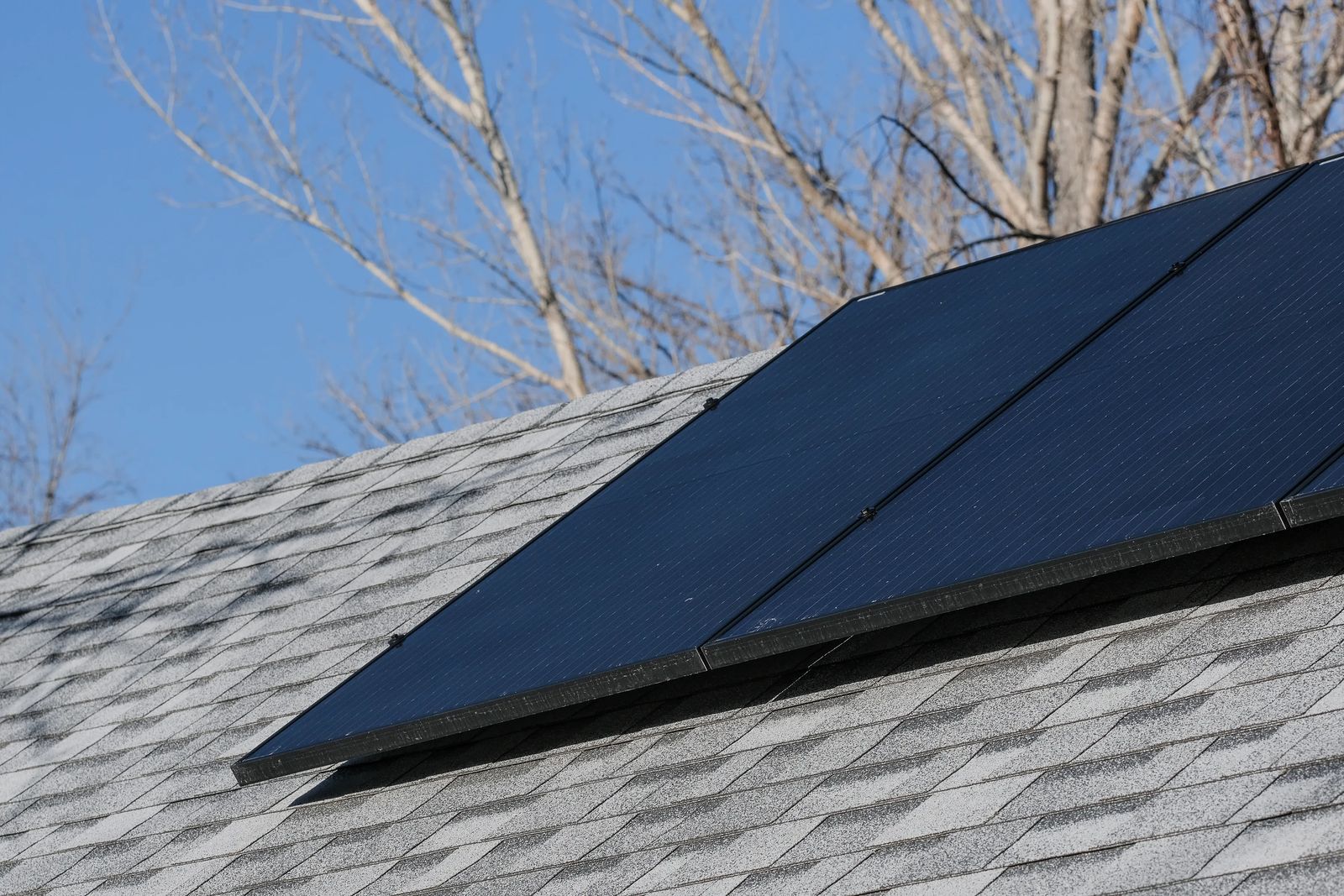 The federal tax credit was established in 2015 and renewed by Congress in 2020. The credit is scheduled to drop from 26 percent to 22 percent in 2023 and is to expire in 2024 unless Congress renews it again. That looming possibility is behind some of the boom in solar installations. Lots of new installers have popped up in Montana, and many of them are aggressively advertising, encouraging homeowners to take advantage of the tax credit before it is reduced or eliminated.

Brandon Wittman, CEO of Yellowstone Valley Electric, thinks the tax credit is relatively safe. “I don’t see the tax credit going away,” he says. It’s too popular.” The same with net-metering, he says: “I think it’s all going to continue, and I think the interest will increase.”

Wittman does caution homeowners that claims of free energy from the outset are “just not accurate.” Yellowstone Valley Electric has about 100 net metering customers, he says, and of those perhaps two have a surplus of energy at the end of the year. “Not that it doesn’t work, because it does,” he says. “There are some that get pretty close to zero.”

Shaun Sideris, general manager of Wegner Roofing and Solar in Billings, says the benefits are clear to most homeowners who look into solar installations.

“They have an infinite return on investment, because they’re not putting any money down,” he says. “And then they’re using all the tax credits that apply. And the monthly payment (on the installation loan) is oftentimes less than what they’re currently paying for their electric.”

His company is a testament to the increasing attractiveness of solar. It was called Wegner Roofing for many years, but had been adding so much solar work that it changed its name to Wegner Roofing and Solar last fall. Solar installations now account for 40 to 50 percent of the company’s business, Sideris says.

Sideris says Wegner offers an interest rate of 1.99 percent for people who want to go with a 30-year loan, but for 12- and 15-year terms there is no money down and zero interest. If you install solar and sell your house before the loan is paid off, he said, the new owner could assume the loan, but in today’s seller’s market, people are more likely to take the proceeds from the home sale and pay off the loan. Also, he says, homes with solar systems have been selling for 4 to 8 percent more than those without.

Valainis, with the renewable energy association, says that in addition to the tax credits, two big factors are pushing the increase in solar. One is that prices for components have been steadily dropping for many years. The other, he says, is that “renewable energy is just mainstream now. It’s no longer called ‘alternative’ energy.”

The association recently put out a press release warning consumers that out-of-state installers might take advantage of the boom to offer deals that might be—and probably are—too good to be true. The good news is that the cautionary note wasn’t based on any actual examples of fraudulent activity, not yet.

“Our market in Montana isn’t big enough for that,” he says. “The market here is full of small-business, professional installers.”