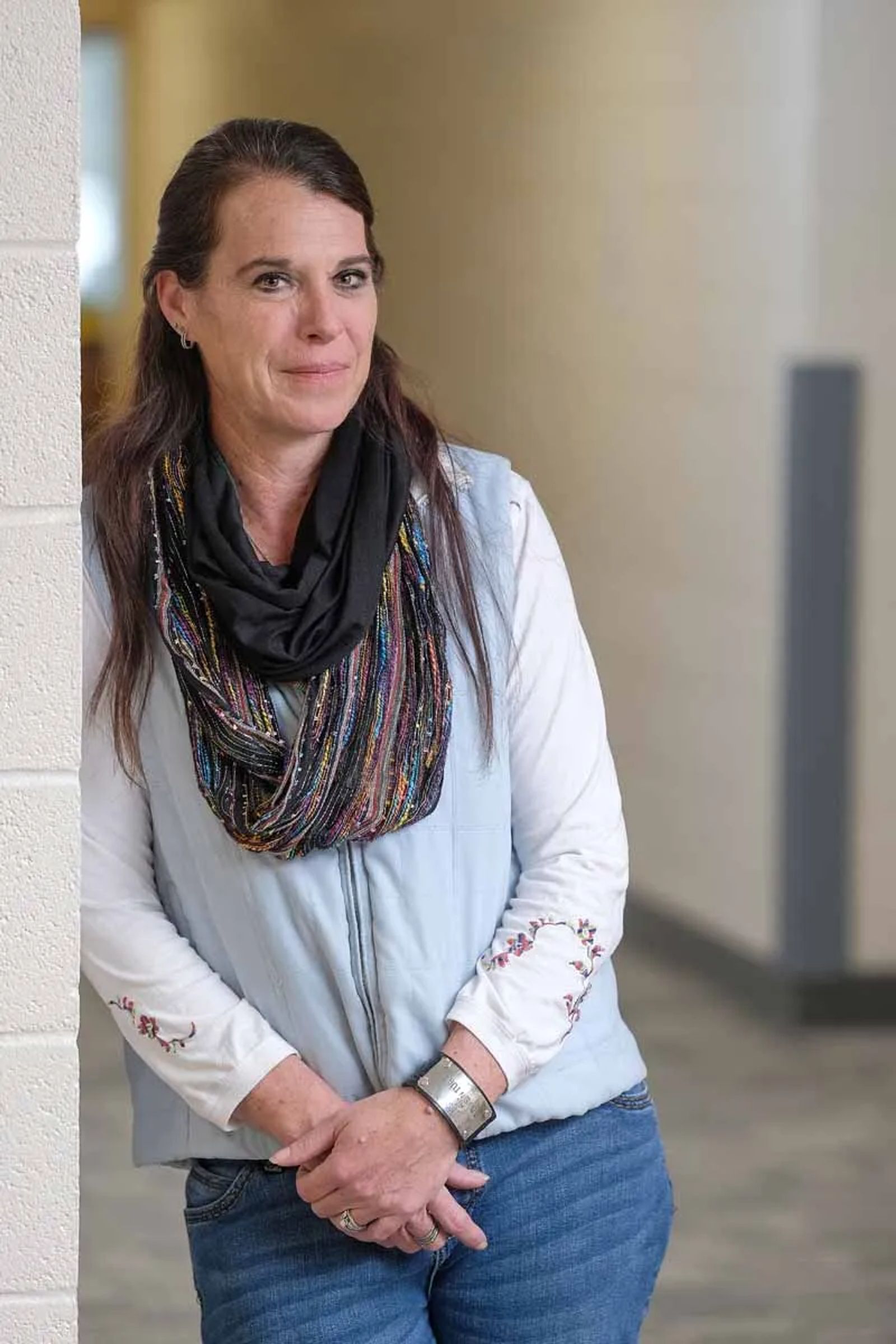 Life in the Montana Women’s Prison on Billings’ South 27th Street doesn’t mimic the scenes depicted in the popular Netflix series, “Orange Is the New Black.” It’s not steeped in fear and retribution. Daily life isn’t ruled by violence.

Instead, Jennie Hansen, appointed warden of the Montana Women’s Prison in 2017, found the institution filled with “amazing, creative and strong women who’ve made poor choices.” Hansen leads in a way that sees MWP inmates as individuals who are treated with dignity and respect. First or last names aren’t yelled at female inmates. Instead, it’s “Ms. Brown” or Ms. Green.”

Hansen is the third woman to lead the MWP and the only woman serving as a warden statewide. She’s able to find humor in even the most difficult of situations and she’s tempered with a backbone of steel.

Hansen began her corrections career as an intern from St. Mary’s College, working at a federal prison in Fort Leavenworth, Kansas. A graduate of Billings Central Catholic High School, Hansen returned home after college and worked as youth group home counselor and manager before taking a job as an MWP probation officer. That job led to others, including mental health probation officer, probation supervisor and Eastern Regional Bureau chief, overseeing 16 probation offices in eastern Montana. This year marks a decade of service with the Montana Department of Corrections.

THE STORIES THEY TELL

Hansen understands that a single mother can’t pay the rent and feed four children on a waitress’s salary. That doesn’t make her a “bleeding heart.” Rather, it means she understands the financial and domestic issues that led many women to criminal activity. Maybe it was a forged check or embezzlement to make ends meet. Maybe it was a drug sale for the man who gave her money.

While the average MWP stay is 16 months, Hansen and her staff use an evidence-based needs assessment to determine each woman’s plan for treatment upon arrival. MWP is known to “dig deep” by asking “What is the root of the problem? Why is she here to begin with?” The goal is simple. MWP doesn’t want a woman to leave as the same woman who walked in the door.

“We want our women to be successful,” says Hansen, “and not just in girl jobs.” The focus on success represents a huge shift in the correctional mindset. She loves it when there’s a request for a celebration. It means someone has completed her GED, finished an educational program, landed a job or otherwise deserves an “atta girl.”

The focus on success has been transformational. For many women, their strengths and accomplishments have never been acknowledged, let alone celebrated. When staff is included in the festivities, they begin to see their charges in a more holistic way. When peers hear another’s accomplishment announced over the loudspeaker, they develop respect and are encouraged to do better themselves. 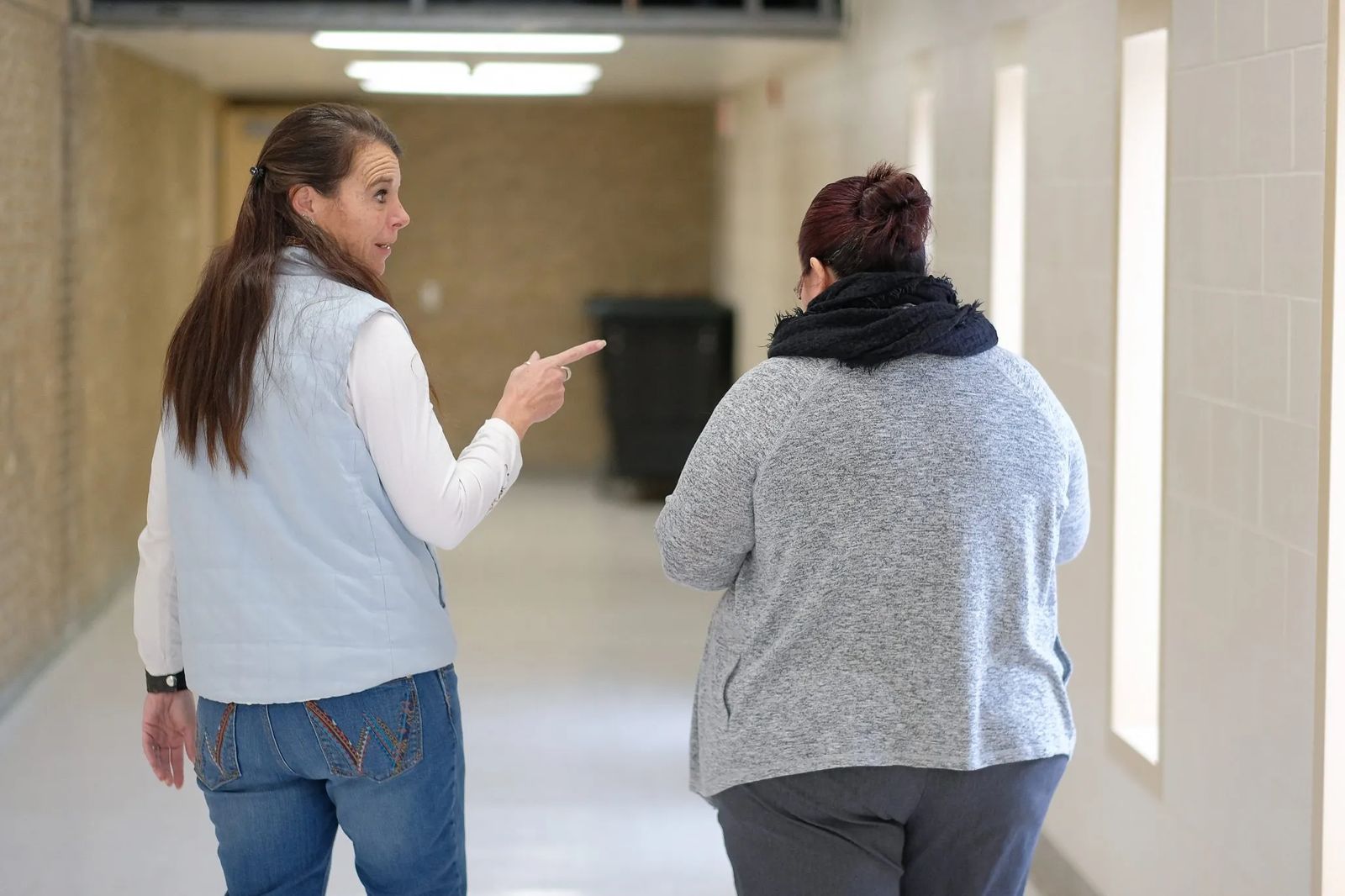 WE ARE MOTHERS, AUNTS AND DAUGHTERS

Consistently, the women inmates at MWP carry trauma, sometimes generational, steeped in verbal and physical abuse, neglect and poverty. Even with the trauma, Hansen finds that women want to connect with staff and one another as aunts, mothers, sisters, daughters and grandmothers. Those kinds of relationships may not be the norm in the world of male corrections, but they guide Hansen in her daily interactions. She doesn’t want women to leave MWP having experienced more trauma than when they arrived.

MWP’s emphasis on maternal-child bonds is a reflection of national trends in women’s corrections. The prison hosts more frequent times for children to visit based on research showing that mothers and children do better when there’s more contact. Hansen looks forward to the day when mothers can care for newborn babies at MWP, rather than being required to send them to family members or foster care during incarceration.

Many women (up to 85 percent) arrive at MWP with untreated mental illness. Others haven’t had medical or dental care for several years. Regular pap smears and annual mammograms at MWP have discovered pre-cancerous and cancerous conditions that would otherwise have gone untreated.

In state administrative meetings, Hansen is often heard to say, “That won’t work in the women’s prison.” She cites a past plan to purchase one-piece jumpsuits for all inmates, male and female. Jumpsuits, she said, completely disregard a woman’s need for some semblance of modesty when using the restroom. Thanks to her argument, the state signed off on two-piece apparel. 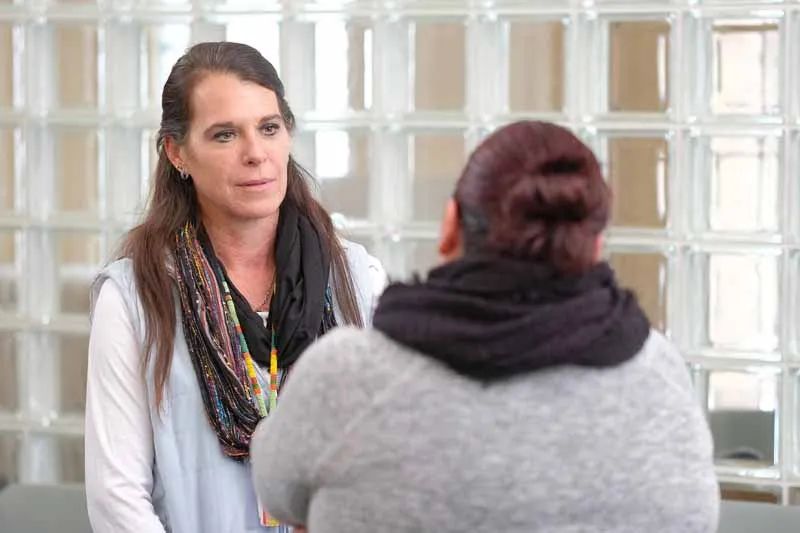 MOVING FROM AN AFTERTHOUGHT

Hansen’s research revealed that in the 1800s, Montana incarcerated women in a basement on the Montana State Penitentiary grounds.  Later, incarcerated women were moved to a cabin near the Deer Lodge prison, tended by one live-in female guard.  For many years, Montana shipped its sentenced women to Tennessee. In the 1980s, women in the state’s correctional system were housed in a converted men’s prison in Shelby.

The current Montana Women’s Prison was purchased in 1994 after the American Civil Liberties Union won a lawsuit under the “equal dignities’ clause of the Montana Constitution and federal equal rights protections. Originally built as a children’s psychiatric center, the prison began housing a little more than 70 women. A major expansion in 2003 allowed the state to increase its capacity to roughly 200 inmates. MWP now houses 223 women per day on average.

Just as some feel that women have been treated as a footnote within the state correctional system, Hansen has vowed to put a focus on caring for the needs of American Indian women at MWP. She’s become sensitive to Montana tribal differences and has an “explain it to me” approach when confronted with tribal issues. Because she’s learned that contemporary Indian women want to keep strong connections to their respective tribes, sweat lodges, drum groups and medicine bags containing traditional items are allowed under MWP rules.

Hansen is determined to find more training options and job placements for women leaving MWP.  She’s found a few cooperative venues but is always looking for more. She cites, gratefully, the outreach work of yoga instructors and art educators from the Yellowstone Art Museum for their work at MWP.

“It all makes a difference,” she says. “No one deserves to be an afterthought. We are all daughters, sisters, mothers, aunts and grandmothers. We all deserve to be safe. We all deserve dignity and respect, regardless of our life circumstances.”