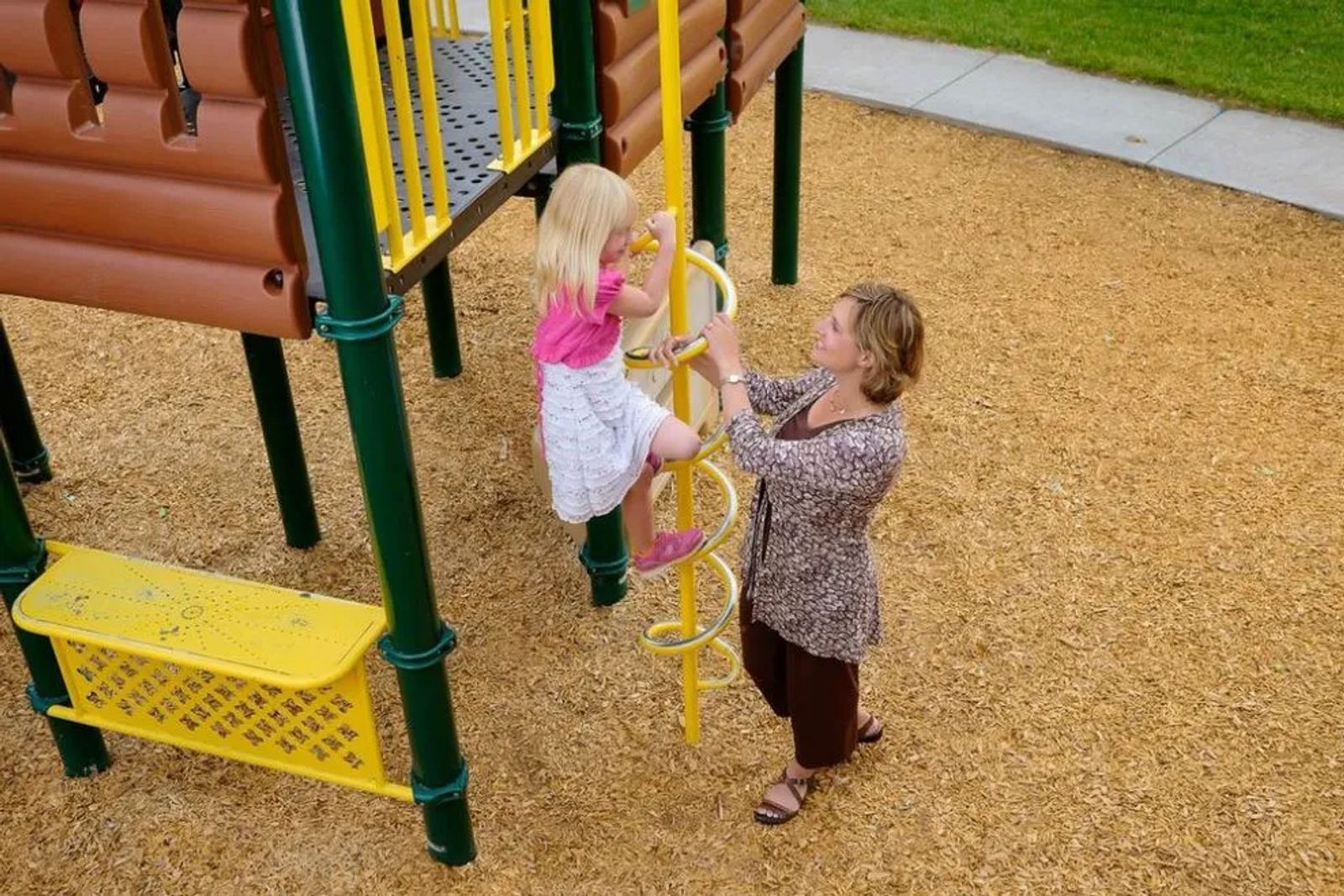 Jolene Rieck is Building a Vision

Chances are, when you’re walking down the sidewalk, parking in the shade of a tree, or resting on a park bench while your children play, you don’t give a second thought to the outdoor space around you. That’s okay, Jolene Rieck would rather you never notice, just simply enjoy the convenience, accessibility and beauty of your surroundings. Jolene is a landscape architect and is the owner of Peaks to Plains Design, a Billings-based firm behind many of the parks and outdoor spaces in Yellowstone County and beyond.

“The name represents the geographic extent that we cover – the mountains to the plains,” Jolene says.

Peaks to Plains has done projects in communities large and small across Montana and in Wyoming and North Dakota. Although the firm does a large variety of landscape design projects, ranging from residential to commercial, Jolene prefers parks, which now make up a good portion of her portfolio. 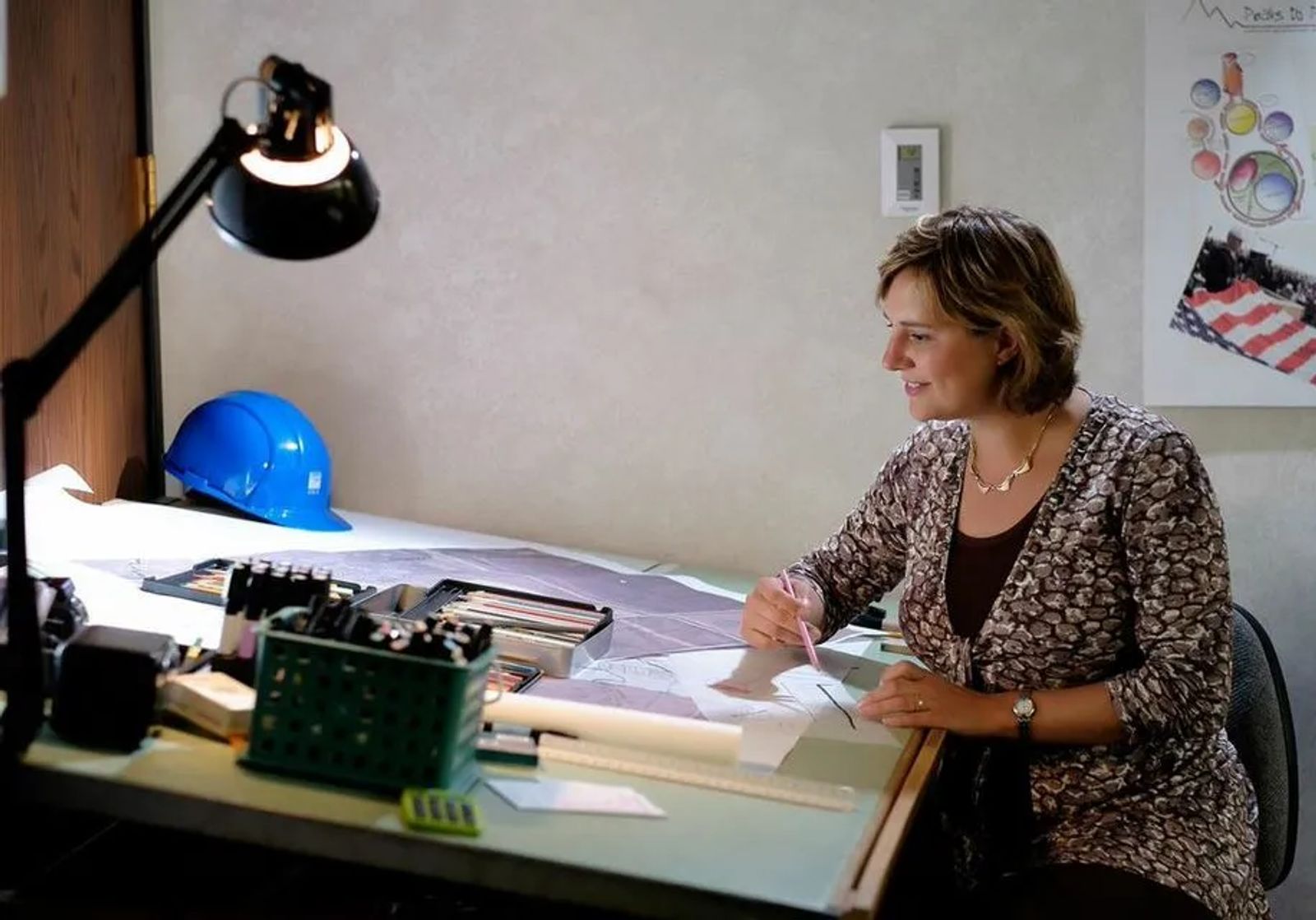 “It’s fun because for the most part you’re dealing with the public, so it’s grassroots work,” she says. “In the end when you design a good park, it’s fun to see how people use those spaces and interact with each other.”

Last year, Peaks to Plains completed a project at MetraPark that opened right before the MontanaFair. The goal of the straightforward project was to provide wheelchair access to parking areas east of the Rimrock Auto Arena. During the fair, Jolene visited the area and was pleased to see that the walkway was being used by almost everyone, and children often stopped to play on the large rocks. It was just how Jolene envisioned the space to be used.

Jolene and her colleagues know that great outdoor spaces don’t happen by accident, and they take great care in establishing focus groups in the communities where they work. It helps them determine what everyone in the community truly wants. Peaks to Plains is in the process of designing or redesigning six parks in Williston, N.D. In the focus group process, she was surprised to find that most folks, no matter their age or abilities, want the same thing.

“We thought the younger set would want recreation areas like sports fields, but in the end, they surprised us. They just wanted open green spaces where they could spend time with their families,” Jolene says.

For playground design, Jolene and her team often rely on children to help them come up with a plan, and Peaks to Plains chief playground tester is Jolene’s 7-year-old daughter Abigail.

“There is quite a difference when you ask a mom what she wants compared to what a kid wants,” Jolene admits.

Parents lean toward safety, whereas kids want a thrill. During the process of redesigning a park with a playground in Hamilton, elementary school children were asked to draw their best playgrounds. Their concepts ranged from traditional swing sets to volcanoes that spewed lava. Jolene tried to incorporate everything she could, while making mothers happy by keeping an eye on all the standard safety specifications.

The Hamilton project – a redesign of Legion Park – was a bit contentious in the beginning. A large, vocal group thought the park didn’t need changing, but the playground equipment was outdated and unsafe and the ancient cottonwoods in the park were diseased and posed a hazard as well. Jolene’s positive approach to the planning process eventually won over city planners and dissenters alike.

“She has a way of convincing people of the right way to do things,” says Dennis Stranger, Director of Special Projects for the City of Hamilton. “She has her ideals, and she doesn’t compromise her standards, but she listens to everybody and is truly interested in their ideas.”

Legion Park turned out to be one of the most popular projects the City of Hamilton has ever been involved in, Dennis adds. Year-round, there isn’t a day that goes by when the park, which includes a playground, splash park, and new trees, isn’t used.

Jolene grew up on a farm in eastern South Dakota, and while she was at first interested in architecture, her agrarian roots eventually led her to landscape architecture. It’s been her passion ever since. 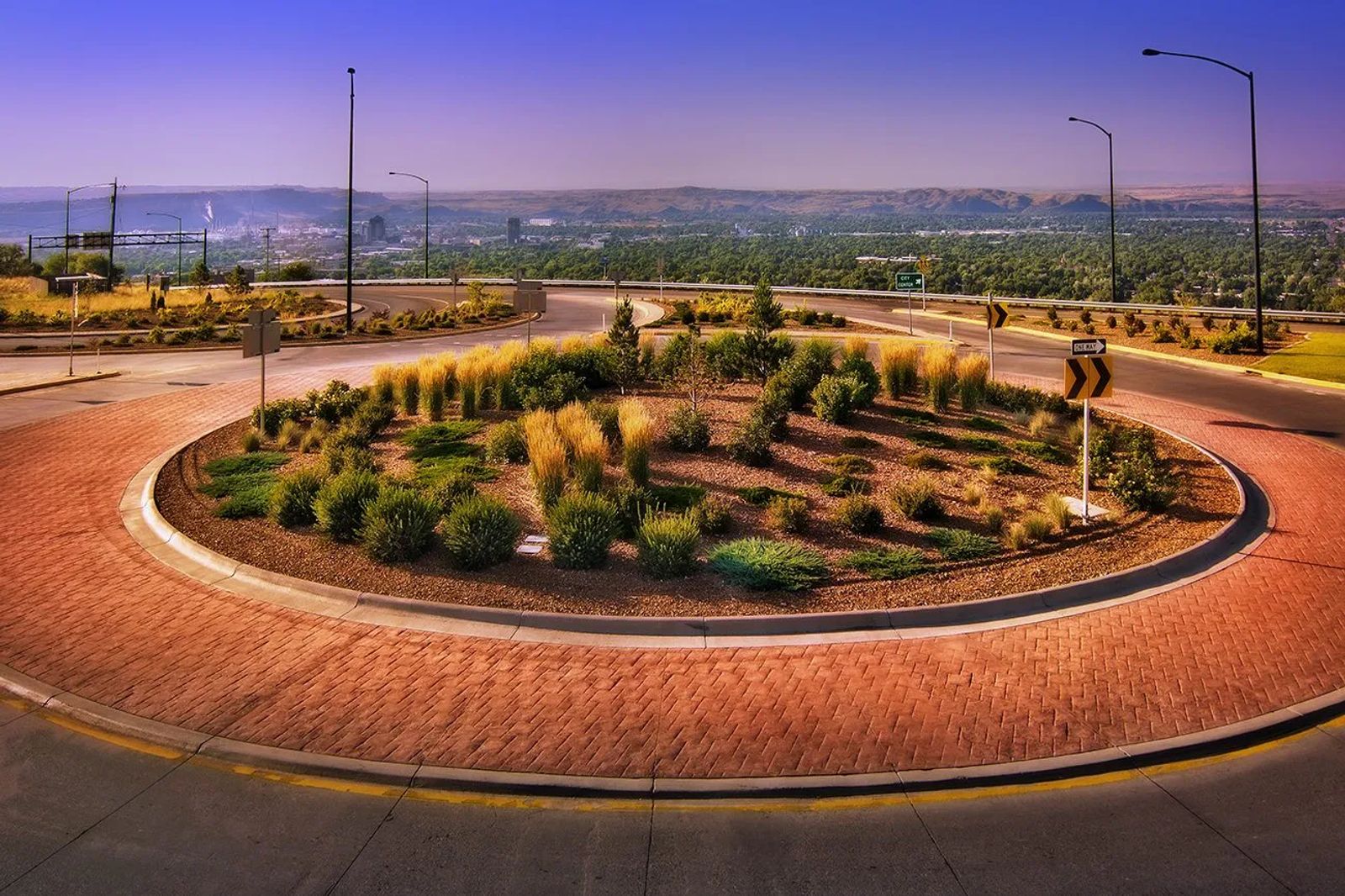 There are lots of misconceptions about what landscape architects do, Jolene says. It’s more than planting a few trees and putting in some flowerbeds. Landscape architecture is a multidiscipline field, that can include engineering, historic preservation, park design, trail systems, streetscapes, and much more. It encompasses soil science, storm water management, and natural vegetative ecosystems. It also assures safety and accessibility for all.

“It’s about connecting people to their environment in a well-designed and managed outdoor space,” Jolene says.

That philosophy drives what Jolene and her team does at Peaks to Plains, and it’s become the company’s tag line: connecting people to their environment.

While the number of women in the field of landscape architecture has grown in the past few decades, it is still a career primarily dominated by men. Only about a quarter of all professional landscape architects are women. Even so, Jolene believes the profession is a good fit for women.

“Women tend to step back and look at the big picture, and we also tend to focus on the greater good and like lots of collaboration and inclusion, which is a big part of what we do,” she says.

Over the years, Jolene has worked with Ann Clancy, Ph.D., an executive coach and strategic planner, to help her launch her big ideas or roll out a large project. Ann says it's Jolene’s collaborative and positive approach that produces results.

“She wants to be exceptional,” Ann adds. “Work for her is a way of life. It’s not just what she does.”

However, even with her intense drive and love for what she does, Jolene has found a work-life balance. Ann says she’s a business owner who has found a way to run her business without letting it run her.

Jolene launched Peaks to Plains in 2003, setting off on her own after working for several years for a local landscape architecture firm. Jolene has always sought out opportunities to develop leadership skills and give back to her community and profession.

“I’m a joiner,” she says. “I join a lot of organizations that fit my personal or professional interests. I always seem to end up taking on leadership roles, and I have gained a lot of business know-how from those leadership roles.”

These days, her involvement includes the Zonta Club of Billings and she’s a trustee for the American Society of Landscape Architects. She’s also been involved in the Historic Preservation Board for Billings and Yellowstone County.

“The connections you make in organizations can really help make you more visible,” Jolene says. 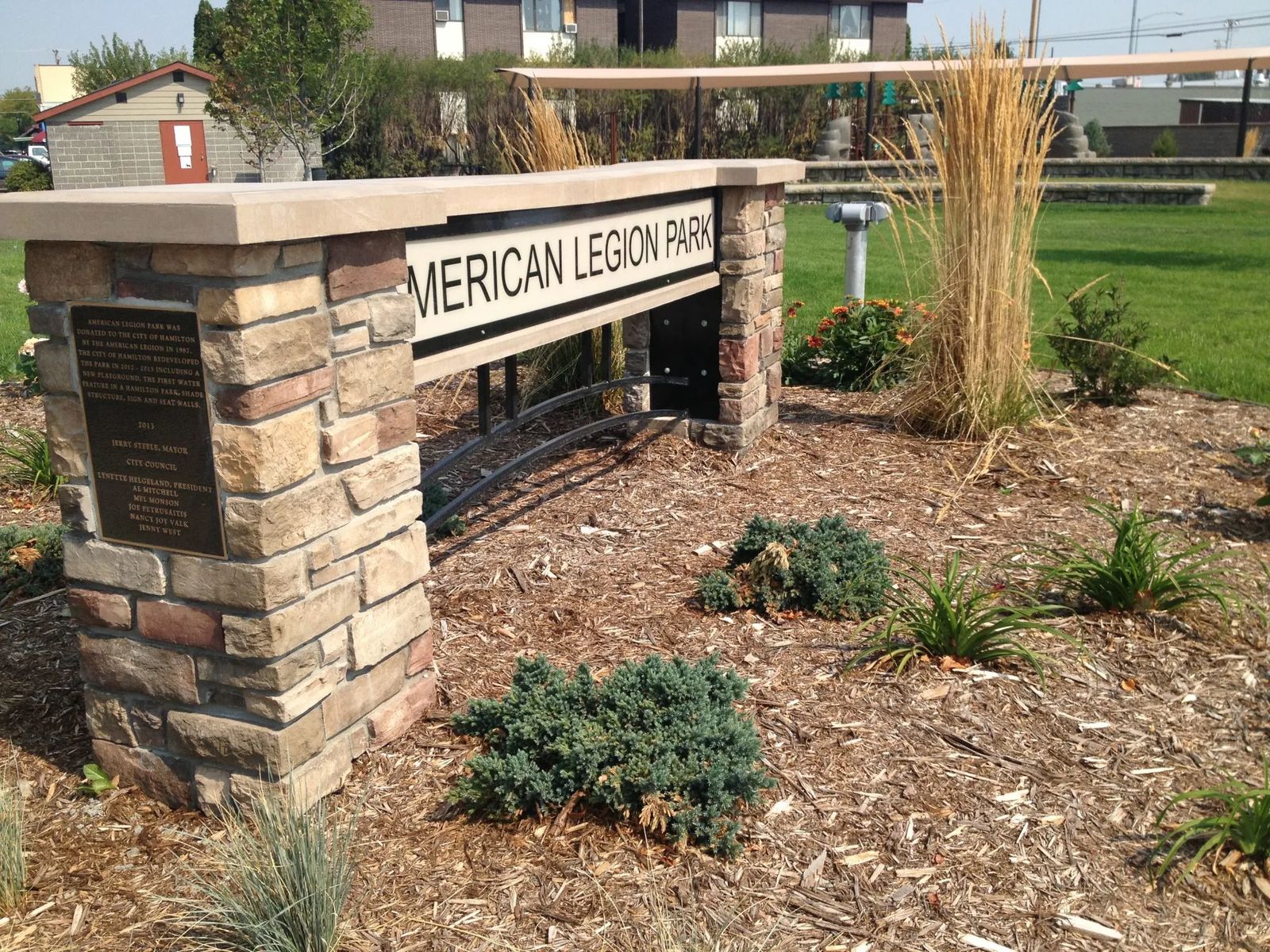 Jolene’s connections and leadership skills played an important role in the development of the Yellowstone National Cemetery, located in Laurel. The cemetery, which earned approval this year by the U.S. Department of Veterans’ Affairs, is the only national cemetery in an eight state region. Peaks to Prairie designed the space. It’s expansive, yet intimate, and includes a meeting space for funeral services, which happen most every week.

“She was as dedicated to getting the job done as any of the veterans out there,” says James Mariska, a local veteran who was one of the original board members who helped launch the project in 2008.

Though the project took years to become a reality, Jolene remained dedicated to the cause and to the veterans she worked with along the way. It was exactly the kind of project she loves. Whether it’s the serious business of developing a veterans’ cemetery or the free-wheeling joy of designing a playground, Jolene thrives when she’s working with others.

“My favorite part is when you have people who have a vision and they’re motivated and they come in and you can help them develop that vision and get it built,” Jolene says.