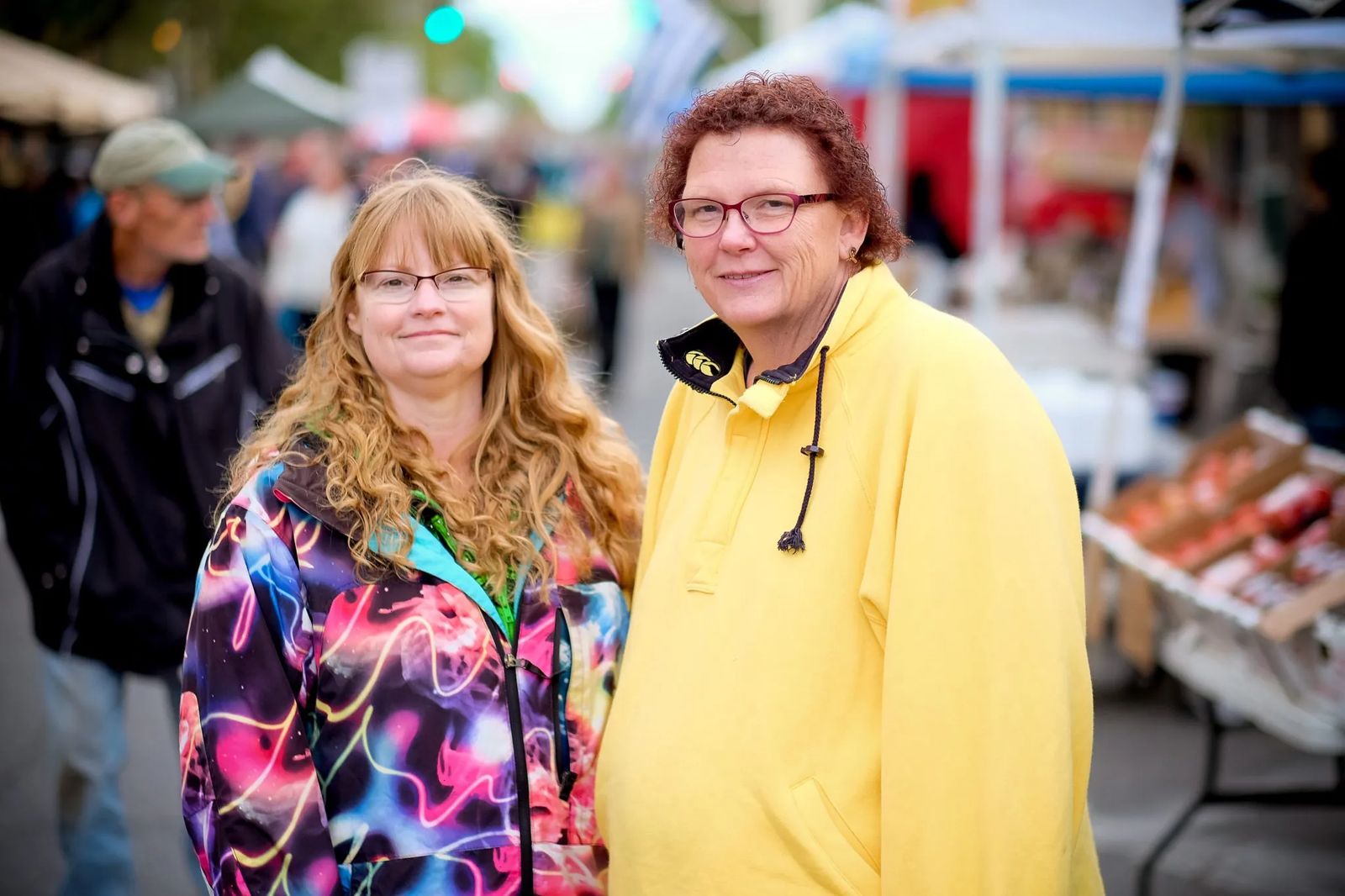 Yellowstone Valley Farmers Market is Ripe for the Picking

If it's a Saturday sometime between the third week in July and the first week in October, you can bet Penny Smith and Kelly Weber will have their sleeves rolled up, working with dozens of vendors and will be busy eyeing all the fresh and luscious fruits and veggies right there at their fingertips.

This dynamic pair is the trusted team of "Market Masters" with the Yellowstone Valley Farmer's Market. It's their job to literally clear and block off  a section of the city near Billings' Sky Point and make sure the upwards of  60 vendors that will take over the city's downtown have the red carpet rolled out for them as they sell their produce, fruit or even flowers. With ten years under both of their belts, Penny says, "We like the people and we love our vendors."

This year will deliver a special milestone with the 30th season of the Yellowstone Valley Farmer's Market. Just like every other season, when folks walk through with bags in hand to snag the freshest produce in town, there truly is never the same experience twice.  Penny explains by saying, "There is everything down there from meat and breads to honey." Not to mention that some weeks, cucumbers might take center stage. Other weeks, peaches might be the hit of the market. Plus, Kelly says, "We are always getting new vendors." Penny is quick to add, "And, every year there are more vendors. It seems to get bigger every year."

What's charming about this event is the camaraderie among those who sell their wares. Penny says that it's not uncommon to see the vendor that sells freshly made pizzas during the market perusing and purchasing produce to use on his own food creations, making that slice as fresh as it can possibly be.

Don't even get Kelly and Penny started on the smells that waft through the center of downtown. Penny smiles as she talks about the man behind the Nut Shack booth. "He has smoked almonds and cinnamon sugar pecans that you can smell throughout the market." Kelly adds that on another block, "Papa Eddie has a huge grill that you can smell throughout the market with pork chops, hamburgers and hot links."

While the varying vendors and savory smells draw them in during the 12 weeks of the market, making sure the Yellowstone Valley Farmer's Market delivers sweet success is truly a 12-month-long job. During the off season, this pair might be working to get the next season's posters designed, getting sponsors, working with the media to secure advertising and figuring out ways to make sure the next season stays the well oiled machine that it has become. During the summer, the pair works with the Yellowstone County Health Department to make sure food safety rules are followed to a tee. Penny says, "We have it down to a system and it runs smooth. It's taken us 10 years to get to that point but it runs smooth." She laughs and adds, "So when the season kicks off, it's just a matter of getting up at the butt crack of dawn and blocking off the streets so that by the time the public is down there, it is set and ready to go." The "butt crack of dawn" is about 4:30 AM, just in case you wondered. 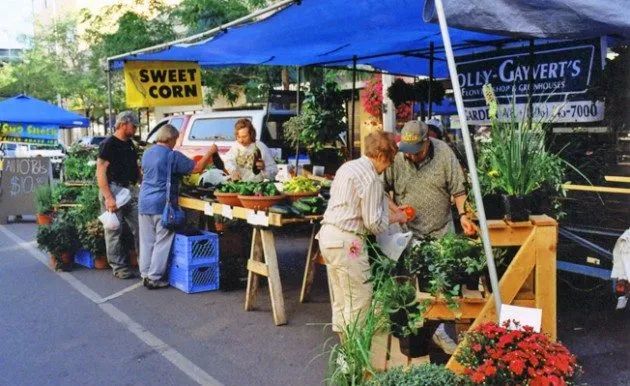 Since the market can look and smell so different from week to week, Penny and Kelly update the Yellowstone Valley Farmer's Market Facebook page to clue customers in on what to expect. Penny says, "When we get Palisade peaches from Colorado, I will put a message on our Facebook page letting people know 'Hey, we have peaches this weekend!'"

Whether it's corn, or sweet peas, or fresh cooked donuts ready to be savored, when the clock strikes 8AM, Penny and Kelly stand ready with a cow bell in hand to literally ring the market's opening bell. Not a sale can take place until that trusty bell is rung. While the two have never been able to get an accurate count of market goers, they know it is a good sign when they look down the street on all sides and can't see those last vendors due to the crowds.

For some, it's not just the fresh food the patrons crave, it's the social aspect, the nostalgia. After all, both Market Masters remember the early days when they would pack up their own kids to see what the Saturday fare would be. "You see families. They started coming with their parents and now they are bringing their kids down," Penny says. Kelly adds, "I would go down there with my daughter when she was little. Now my granddaughters are down there with me."

Both ladies live for the action, listening to vendors greet their customers by name, and watching the area businesses flourish during the prime market hours. "If you go down to market on a Saturday and you look at the shops," Penny says, "they are busy!" They know the hours upon hours they put into this event is worth it when the streets begin to fill with happy faces in search of the best fruit and veggies in town.  "In the heat of market when everything is booming, we'll have five thousand people down here." And that, both Market Masters say, is a very sweet sight.

KEEP TABS ON THE FRESH PICKIN'S

Want to know what the pick of the week will be each Saturday during the Yellowstone Valley Farmers Market season? Information is just a click away on their Facebook Page HERE.