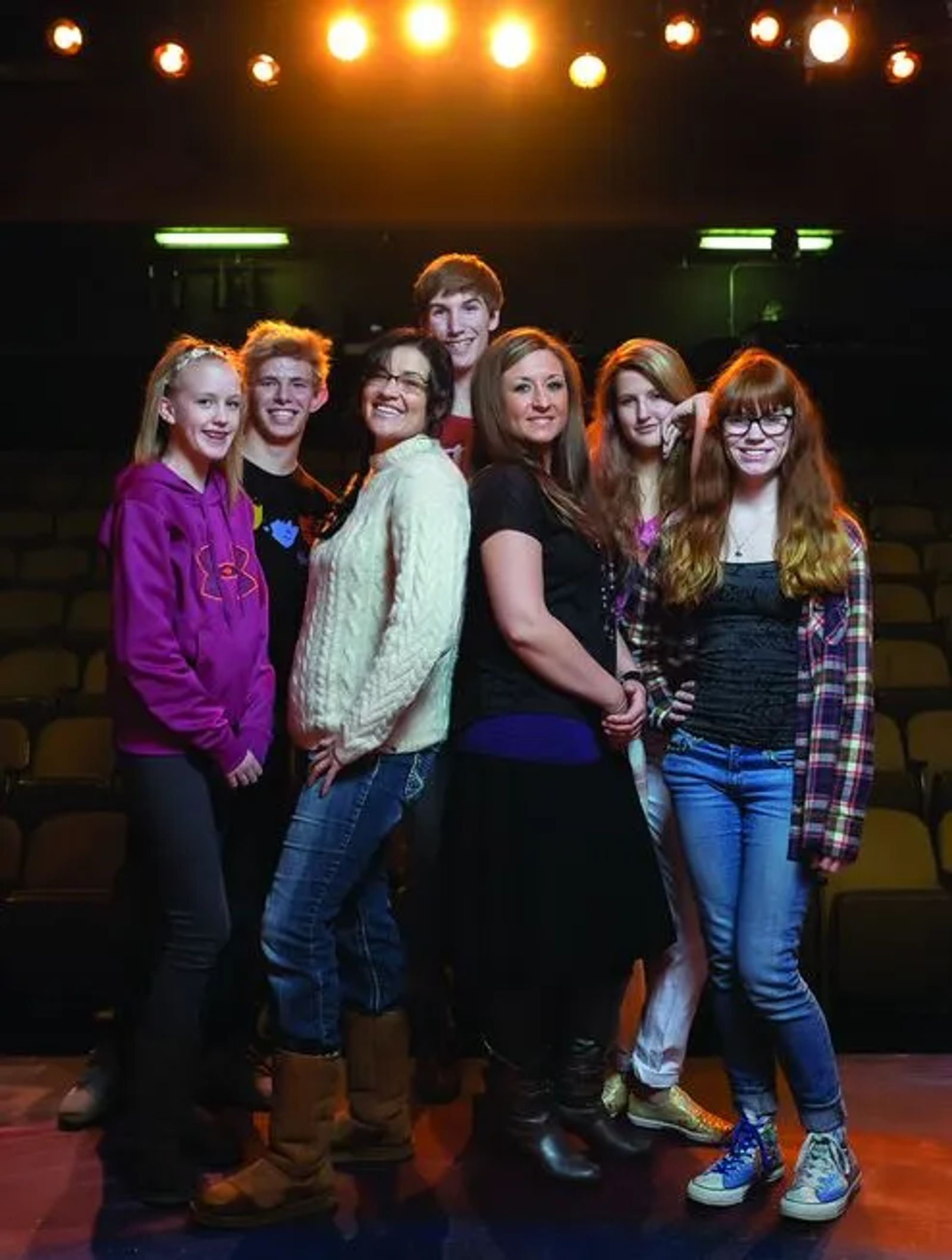 Shining the spotlight on teen depression and suicide

Thirty five year old Danielle Arnoux knows what it feels like to hit rock bottom. She knows the dark and evil thoughts that can creep into a person's head. She knows how substance abuse can cloud and darken a person's vision and bring on despair. She knows what it's like to have thoughts of suicide turn from a whisper to a scream.

"I was raised with alcoholics and I started drinking at a very young age, " Danielle admits. "I've been six years sober. I have had those thoughts myself while I was drinking. I told myself, 'If this is what life is, I don't want to keep living.'" Little by little, she climbed out of the darkness and saw a ray of hope. "I found a lifeline in sobriety with AA (Alcoholics Anonymous)," she says.

It's why Danielle feels so passionately about a new program called Let's Talk Billings. It's a social marketing campaign run through Montana State University Billings that pairs student actors and the world of performing arts with a powerful suicide prevention message.

"When I first started looking into the background of this project, it was a shocking moment," says Dr. Sarah Keller, the Chair of the Department of Communication and Theatre at MSU Billings. "I realized for the first time that Montana's suicide rate is double the national average." She said the figures showed that each year, 22 people per 100,000 take their own lives. That's more than 220 lives in Montana each and every year. Dr. Keller says it's clear, "We need to get the conversation started."

When the Global Health Equity Foundation, based in Miles City and Geneva, came to the university and asked for help on a project aimed at putting suicide in the spotlight, Dr. Keller says, "I stuck out in everybody's mind because of the social marketing projects I've done in the past. I jumped in with two feet."

From that point on, teen actors were chosen and during a 10-week program, the kids literally wrote the script based on their own personal experiences of depression and suicide. Dr. Keller says, "Overwhelmingly, the students feel like this project is changing their lives." She adds, "They want to go out and change the world now."

Danielle is one of the project's advisors and hopes to one day use what she learns here as a topic for her thesis. She's a graduate student working toward a Master in Public Administration. And, as an enrolled member in both the Blackfeet and Crow Tribes, she longs to go back to her roots and help pull others from the same suicidal wreckage.

"If you say 'suicide prevention' on the reservation, everybody is in on that because it is such an epidemic," Danielle says. Even though Montana ranks first per capita for suicide deaths, the numbers are even higher on our state's Indian reservations. It's estimated 27.2 out of each 100,000 will commit suicide and 100% of those deaths will involve drugs or alcohol.

"I think it is astounding. Once you start digging into the statistics and data into suicide, you just can't believe it," Danielle says. 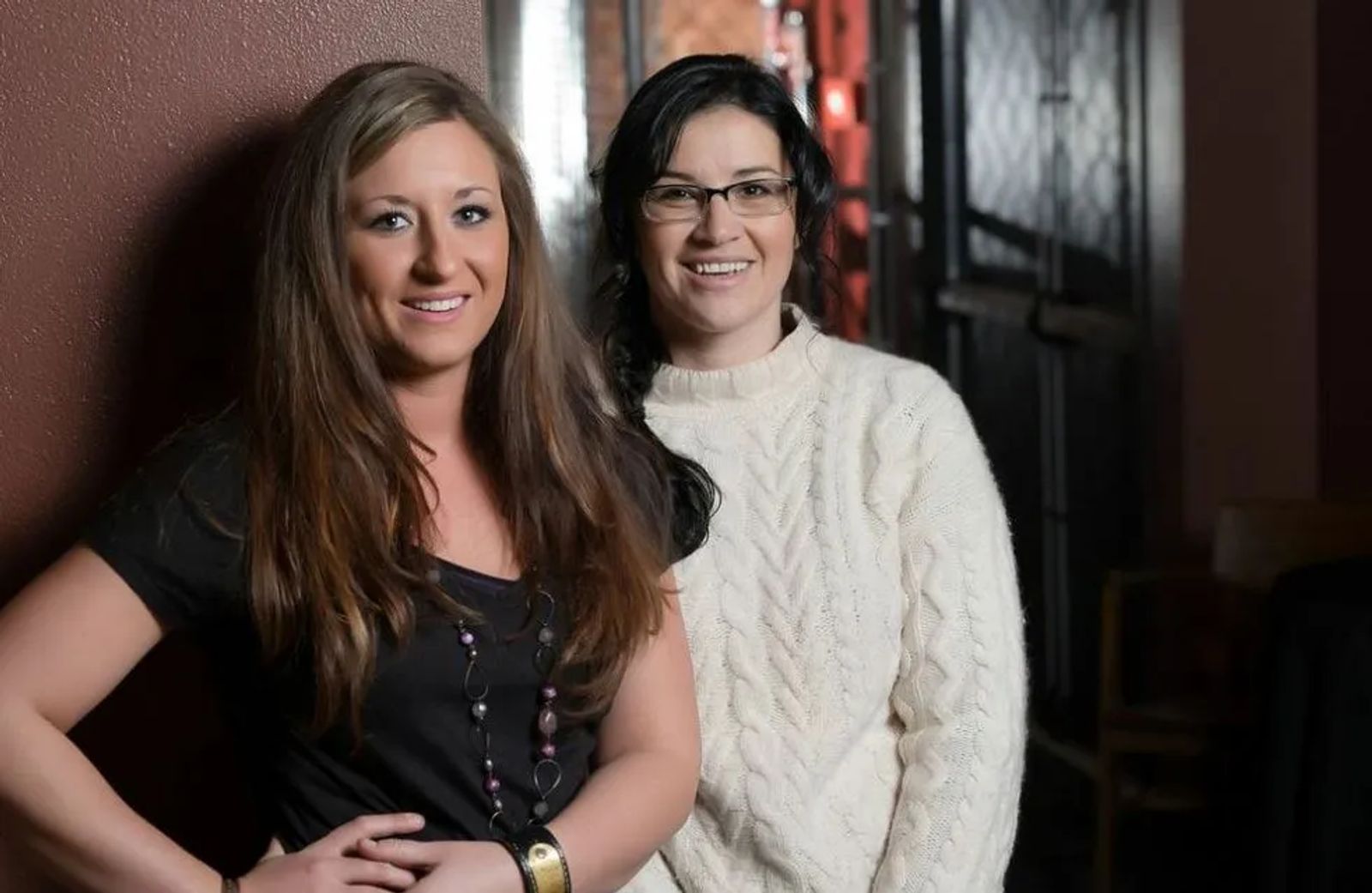 Twenty-four year old Casey Rasmussen, also an advisor with the project, is coming at this topic from a completely different angle. She grew up in what she calls, a small and unforgiving town of 1,700 people in the western part of the state. It's isolated. Mental health programs are few and far between and many espouse a "cowboy up" mentality. In other words, put a smile on your face and work through the pain and depression.

When she saw students struggling in the halls of her high school, she wanted nothing more than to reach out, grab their hands and tell them she knew what they were going through. Afraid of what others would think, she never did. "It was almost as if I couldn't admit that. In my hometown, it's really hard to grow up if you are different and if you don't fall in line," she admits.

It wasn't until her best friend's mother committed suicide during her college years that she felt a strong calling to reach out and impact lives.

"The town was just in shock," Casey says. "At that time, I promised myself that I would do something to change a life. I made my friend that promise a long time ago." She adds, "It's not okay for someone to want to kill themselves or to think about that. I want the chance to see someone understand that life is better than that."

Part of the Let's Talk mission is to survey the kids involved in the project to see where their risks lie. In mid-March, the program took a look at the first round of data. Twenty-two kids from the age of 12 up to 18 were asked a couple dozen questions on the topic of suicide and depression. Ninety percent of the kids had known someone who had committed suicide. Twenty-two percent admitted to having suicidal thoughts at one point or another in their lives. And perhaps the most shocking, 10% admitted that they wouldn't feel comfortable talking about their depression or suicidal thoughts with anyone — not a parent, a friend, a relative, a counselor, a doctor, a teacher, no one. 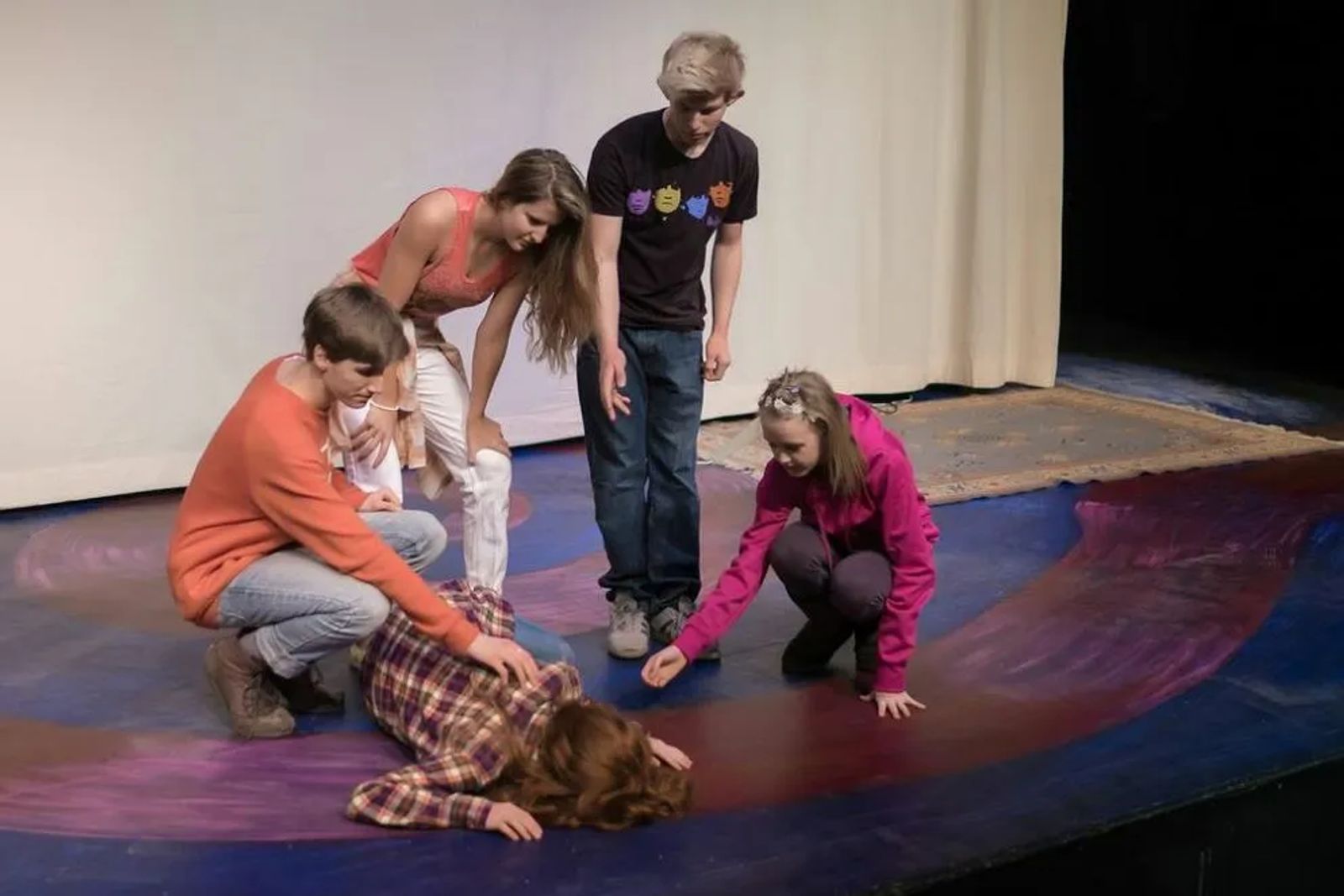 Those behind Let's Talk Billings know they have some awareness work to do.

Can teenagers on a stage help spark the dialogue and change hearts and minds? Dr. Keller says, "I think any theater professional who has ever worked in social change or social justice would say absolutely, yes."

The Billings teens have already performed their play a couple times to standing room only crowds. After the curtain closes and the teens walk off stage, Keller says the conversation doesn't end there. In fact, it begins. Each performance concludes with a Q & A session to get the audience talking. Each teen actor receives what's called QPR training (question, persuade and refer) for suicide prevention so that, in Dr. Keller's words, they know which questions they can answer and which ones they need to refer to trained professionals in the audience.

"What is astonishing to me is that people are willing to express their most vulnerable feelings in this public forum." Keller says one woman stood up and asked the panel of teen actors, "How do I improve my self esteem on those days when I can't get out of bed because I feel like I am not even worthy to live through the day?" Keller says one of the teens quickly jumped in saying, "Well, let me tell you what worked for me!" The teen admitted that as she gets ready for her day, she looks at herself in the mirror and reminds herself how beautiful she is — inside and out. "And this is a girl who had just recently recovered from a suicide attempt," Keller says.

In time, Keller hopes this theater-based social change campaign will hit every community statewide. "The nice thing about this program is that it can be operated on a shoestring budget." Her team is writing the curriculum and hopes to be done by next September. At that point in time, they will eagerly share with anyone who wants it.

When it comes to taking this message to one of the communities that needs it most, Danielle knows her work is cut out for her. She's already touched base with tribal leaders to hopefully bring the performance to the area's reservations where she knows some teens have become numb to tragedy. Many contemplate suicide as a way out of the staggering problem of substance abuse. "The substance abuse, the trauma, the death – it is so high. A lot of our teenagers are just used to it because it is so common," she says. Even still, Danielle has the passion to fight for this cause. Knowing dozens will take their lives before the year ends. She says with resolve, "God keeps putting me back into these programs and giving me opportunities to help my culture."

Get Talking In Your Community: Bring Let's Talk Billings to your School

If you would like to bring this powerful message to your school or community, you can call Samantha Vernon, the Let's Talk VISTA and Coordinator at 406-896-5884 or samantha.vernon@ghef.org. Visit Let's Talk Billings online at letstalkbillings.org.

What's the Risk? A look at suicide and Montana Teens

26.4% felt so depressed that they stopped doing usual activities

16.8% seriously considered attempting suicide in the past 12 months

13.6% made a plan about how they would attempt suicide

7.9% attempted suicide one or more times