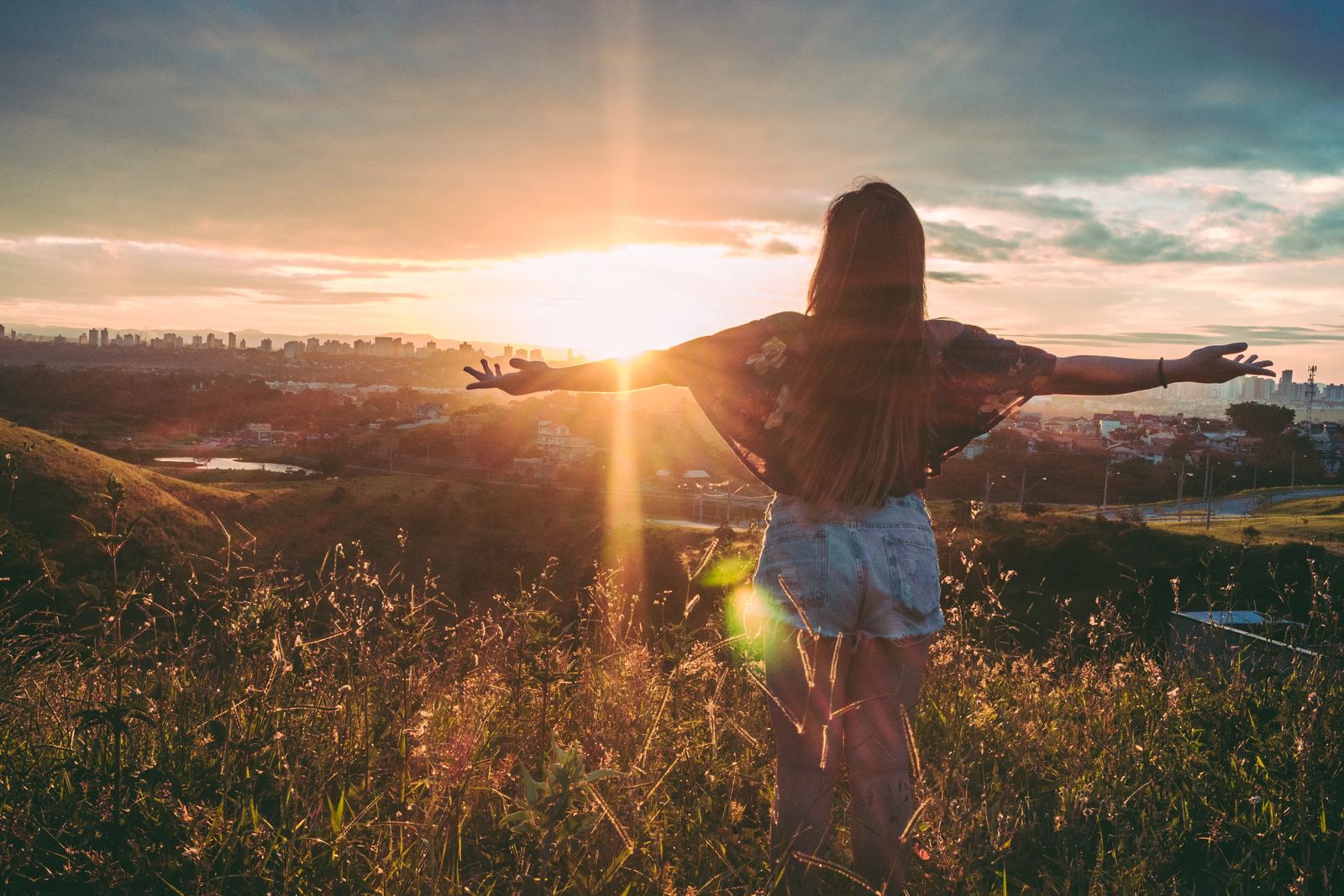 I’m going to tell you a little something that took me a long time to tell. I am living WAY above my destiny. I was not designed, coached, or even encouraged to move beyond the small town where I was raised. My teachers, coaches, Girl Scout Troop leaders and early employers expected me to settle into a life of working as a caregiver or clerk, and, if I was lucky, marrying the boy down the street and keeping him out of the bars while raising several children.

Fate had a different idea.

Fate, the universe, God, or perhaps the bluebird of happiness sent me a messenger in the form of a college boy from the next town (the one with a movie theater that was even open in the winter mind you), who showed me I could be more.

It wasn’t a rapid unveiling, and it was not always smooth, but slowly life rolled out a carpet of opportunities and choices that helped me to grow into what I always wanted to be, even if that goal was a little fuzzy. I wanted to be a Rubenesque brunette, which was my idea of what a successful businesswoman looked like. Pretty amazing, isn’t it? I also wanted to be married to a man who worked in a tall building and wore a suit every day. You can see that my imagination held no bounds, and once a year, during the Miss America Pageant. I considered that title as a possibility, but I had no idea where they got the tiaras.

So here I am, closer to Rubenesque than I ever dreamed possible, with hair that is no longer brunette, married to that same boy, now a sought-after trim carpenter (who will not wear a suit, even to my funeral), fully engaged in living the best, fastest, most impactful life that I can. I want to inspire, equip and support others to live their Nexts, to find their desires, chase their goals, and to settle into who they are meant to be, especially if, like me, it doesn’t look like their original destiny.

So, how do you move forward? How can you tap into the possibilities and chase them with abandon? Here are a few of the things I tell people when they are ready for their Next.

Disconnect to reconnect. Take a long drive. Sit by a lake and watch the day go by. Paint, even if you don’t know how to paint. Go for a walk in the woods. Buy a drum and beat a rhythm that makes sense only to you. This is as true for a group of people who work together as it is a single person trying to figure out who they are. You must still the noise, turn down the cacophony, stop the scroll, eliminate the mind-numbing nonsense and listen, really listen, to who you are and what you know. It is in the stillness, if you are brave enough to listen, that you will hear the whisper of not just possibility, but probability. That’s when you’ll know that if you take the first step, the others will unfold in front of you. Listen, you already know, and if you don’t point three is for you.

Be braver than you are. There is something that scares the living daylights out of you. It might be being alone, it might be speaking in public, or fighting for a cause because it represents a pain you have not shown the world. That fear is right at the edge of your destiny. You might fail, others might laugh, or — and this is what happened the first time I stepped onto a stage to speak, and again when I published my first book, both things that absolutely terrified me — you might just soar. Your team might win, your name might be in lights, your gift to the world may have an impact beyond measure. Reach down to the little voice inside of you, take its hand and show it the world, my brave friend.

Answer the knock. It as cliché as it gets, that opportunity knocks, but I promise you it does, and when you answer the knock your Next often reveals itself to you. It’s seldom the opportunity you were praying for, it is seldom written in neon outside your window, but day after day, time after time, there are knocks that you are ignoring. Knocks that could change everything for you. For years I ignored the knock to be a foster parent. It just did not fit my lifestyle, which sounds cold and selfish, but then there was a knock. Did I understand what was happening with children in our community? Could I help? The result of answering that knock, not ignoring it, no matter how busy my calendar, led to the formation of the Facebook Group “I’ll Help” — Billings. That community fills needs for foster children, and many others, in a matter of minutes, and my impact is greater than what I could have done for one child. I answered a knock I wasn’t expecting and engaged in a new way. You can too.

As you look out at the world, as you look inward to your skills and desires, there are many opportunities to engage with life, to make a difference for yourself and others. I am here to tell you that you simply cannot make the wrong choice and that you absolutely, beyond the shadow of a doubt, deserve to live a life that is fully engaged in moving forward. Not only are you waiting, but so is the world.

Go on, engage and have the time of your life!