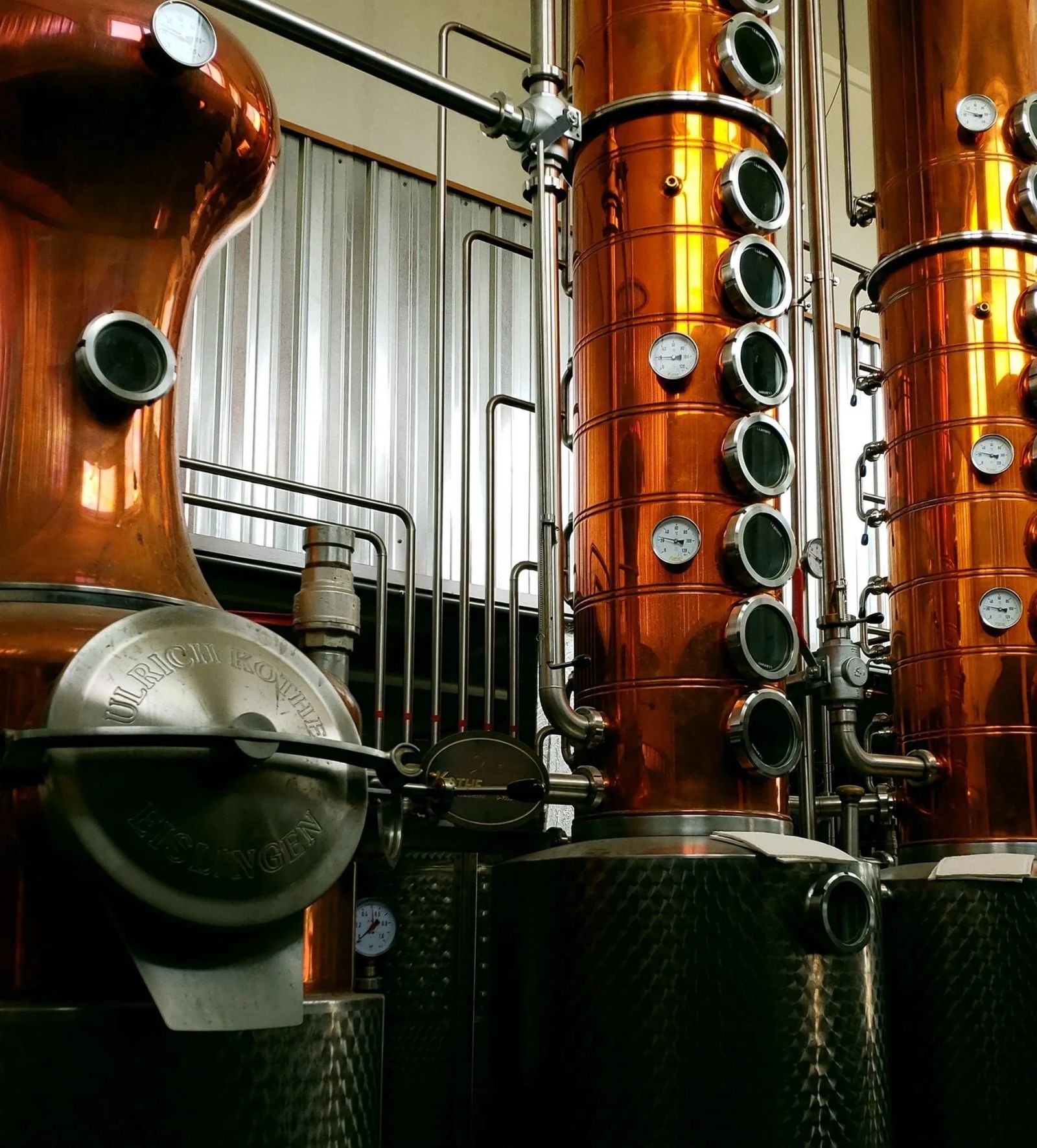 Montana’s micro-distilleries making a national name for themselves

If you've been in Montana for any length of time, chances are good that you've had a personal encounter on a thirsty day with the state's booming craft beer scene. With new breweries springing up like wildflowers in every town, it's hard to miss. However, you may not be aware that Montana is also home to a growing and passionate tribe of master distillers. In every corner of the state, you’ll find a their magnificent copper stills.

Although the law didn’t allow spirits to be crafted in Montana just a few years ago, regulations adopted between 2005 and 2007 opened the door for commercial micro-distilleries to operate here. Distillers started to emerge on Main Street, offering sips, drams and snifters of some outstanding artisan liquors for a new generation of aficionados.

RoughStock Distilling in Bozeman was the first legal micro-distillery in the state. RoughStock set up shop in 2009 to make its flagship whiskey for the Montana market. Distiller Bryan Schultz's step into this new frontier blazed a trail that more than a dozen new distilleries quickly followed, setting up shop across the state and putting Montana on the map for hand-crafted spirits.

One such master of the craft, Tom Sefcak, explains, “We don't have the benefit of age, like some of the distilleries in Kentucky or Tennessee. You go visit those guys and they can pull a bottle of bourbon off the shelf that's eight, 10, 12, or even 20 years old. We're not there yet, but that doesn't mean our products can't compete. They can, and they do!” 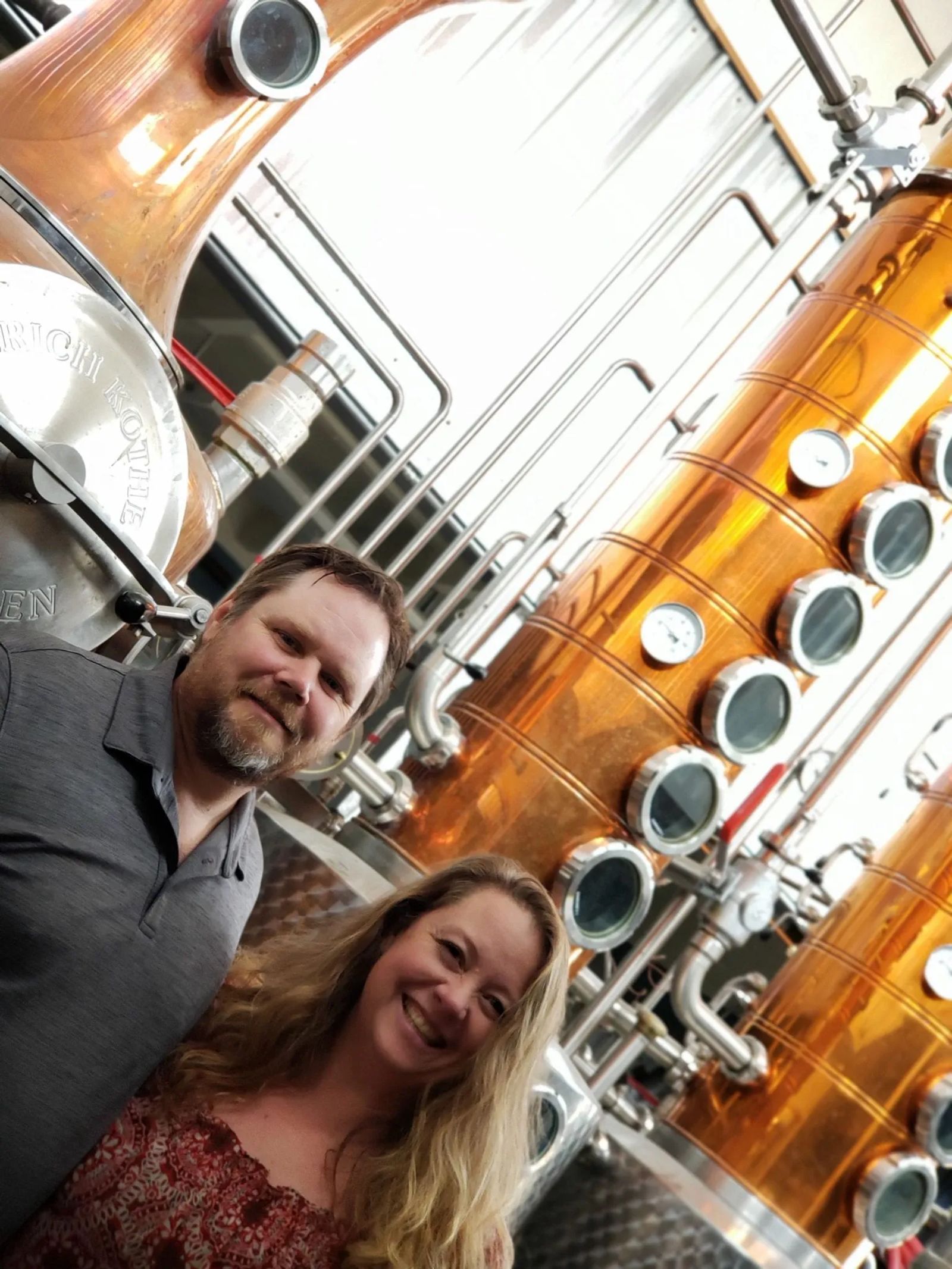 Tom started Whitefish Handcrafted Spirits just a few years ago with his wife, after several years of saving money and living on a shoestring to make the distillery dream come true. Although his signature Highline Rye Whiskey had a humble start, it is already making big waves and competing with the traditional choices from the eastern side of the country.

“I have to brag just a little bit,” Tom says, beaming with pride. “Our Highline Rye Whiskey is now being served at the VIP Executive Club 33 at Disneyland in California.” Getting a product into the elite Club 33 is quite the accomplishment for a small startup distiller in Montana, and his Highline Rye Whiskey now shares shelf space with 50-year-old bottles of Scotch priced at $2,500 per serving. Luckily, you can enjoy a dram of Tom's Rye Whiskey without paying the $100,000 membership dues for Club 33, as he maintains a tasting room just off the highway in Kalispell.

With a wide array of elegant spins on traditional booze varieties and an entire vocabulary dedicated to identifying the flavors and undertones of their products, these master distillers are claiming their place among the wine and beer tasting rooms of the Flathead Valley's artisan alcohol scene. 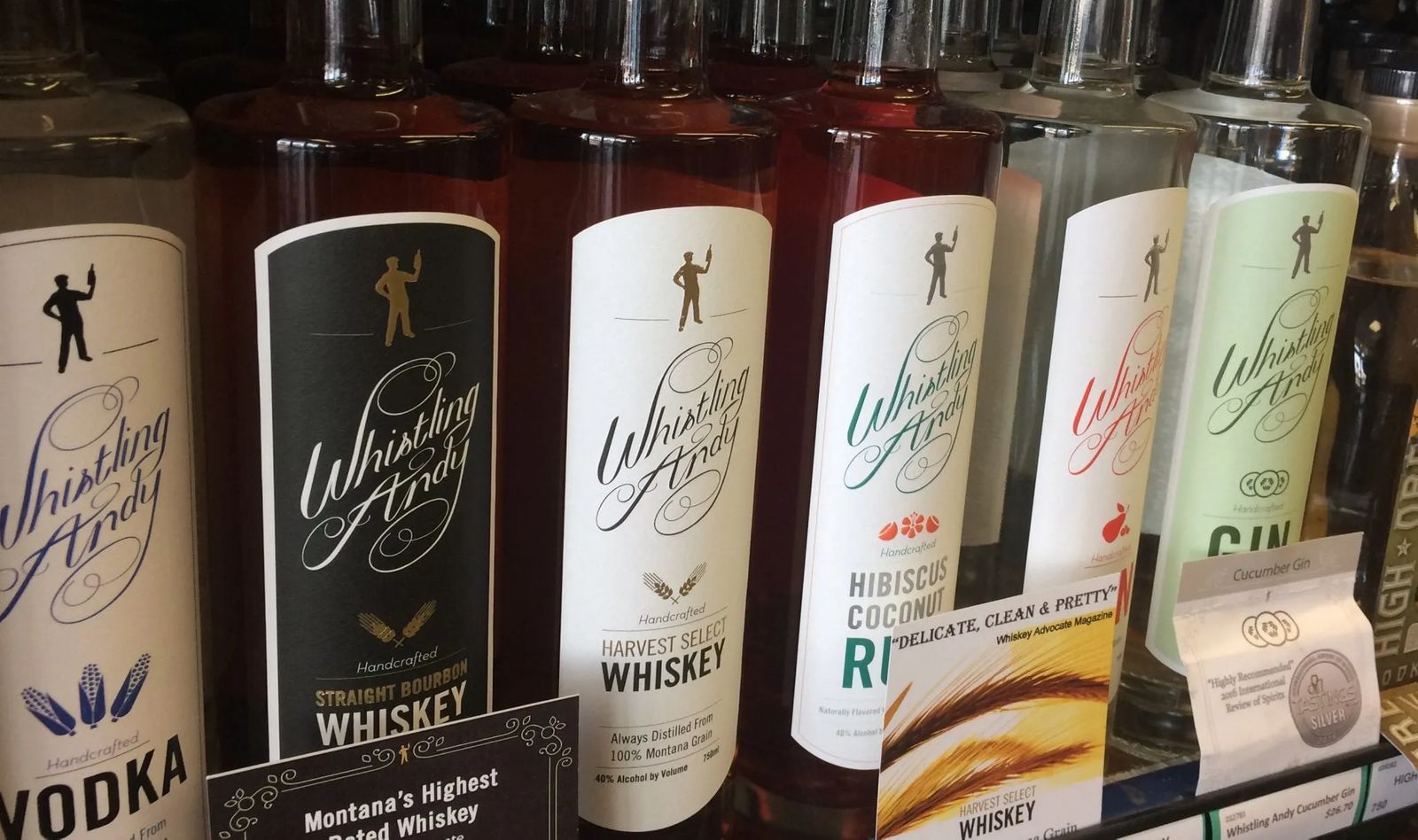 One shining example of the local flavor diversity is Whistling Andy Distillery in Bigfork. Whistling Andy jumped right into the blossoming industry with both feet, launching one of the first legal bottled Moonshine products in Montana since Prohibition. Their signature, crystal-clear Moonshine sits on the shelf alongside an adventurous lineup of the distillery's other handcrafted concoctions like Pink Peppercorn and Pear Gin, Hibiscus Coconut Rum and Cucumber Gin, all of which have brought rave reviews from critics and a stack of awards from distilling competitions around the country.

Using ingredients (including wormwood) harvested from the owners' own gardens and surrounding wild places, Vilya Spirits' Absinthe Verte and Absinthe Blanche have been proclaimed winners by professional critics. Both varieties, along with the distillery's signature Silvertip American Dry Gin, hauled home gold, silver and bronze medals in international spirits competitions. Vilya's absinthe has also done very well in competition against established absinthe distilleries, including some old European-style craft distillers who have been making the anise-flavored spirit for centuries. As one critical reviewer wrote, “I'd have to say this is one of the best American absinthes being made.”

Similarly, Glacier Distilling Company in Coram has been building a product line consisting of whiskey, vodka, gin, brandy, rum and other delights at its micro-distillery on the edge of Glacier National Park. Established in 2010, Glacier Distilling has already won several gold and silver medals for its handcrafted spirits in international competitions.

As many of the distillers like to point out, the most interesting thing about the micro-distilling industry in Montana is that these distilleries are making big waves around the nation despite being relatively small businesses.

“People don't always realize that these distilleries are all small, local, family-owned businesses,” says Tom Sefcak, of Whitefish Handcrafted Spirits. “These people work very hard and have a lot of passion for what they do, so we all take a lot of pride in putting together our products.”

These spirits come with a flavor all their own. 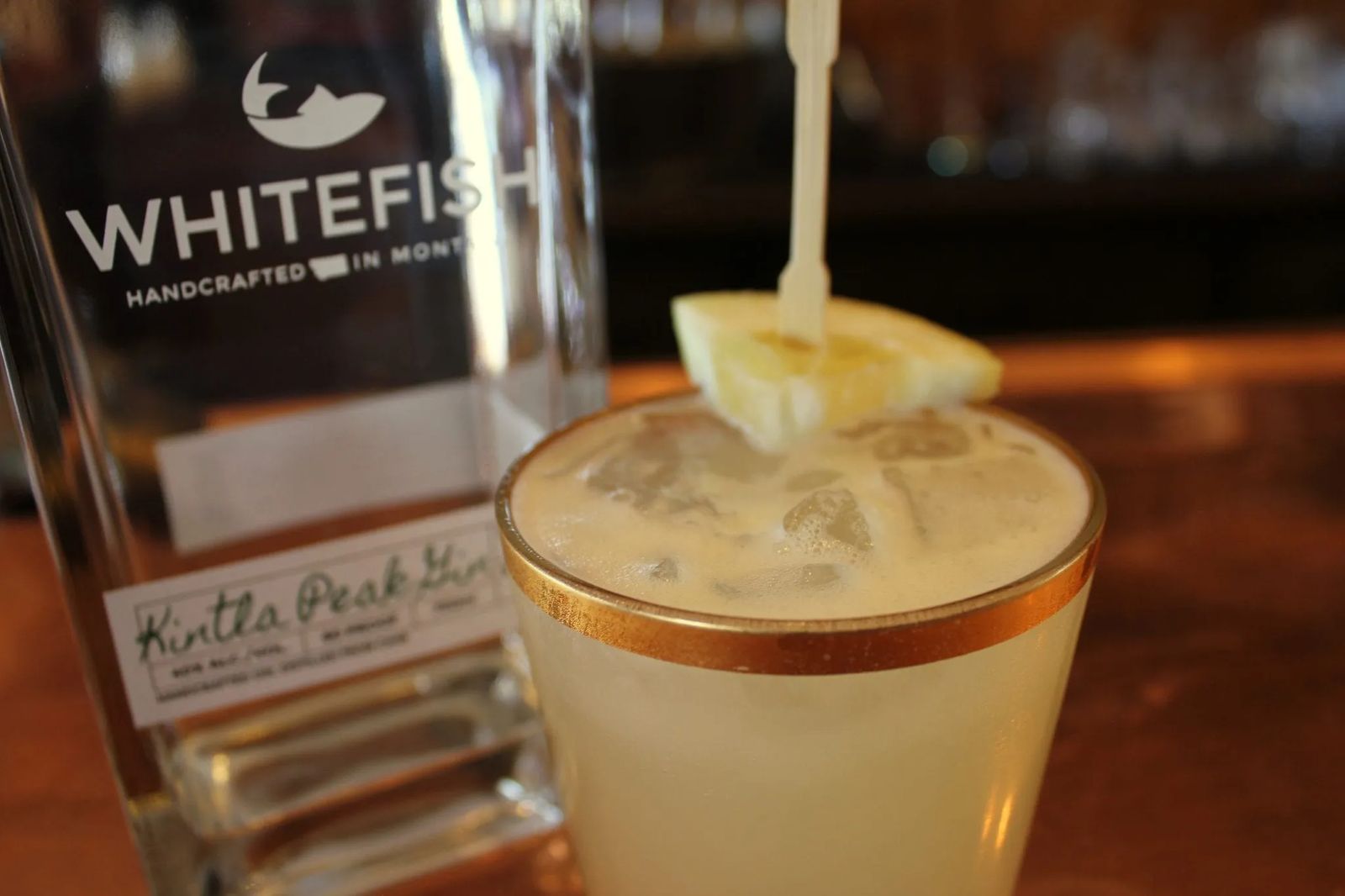 “The flavor profile is different here in Montana because we have great water here,” Tom says. “We also get different flavors in this region because the local ingredients, yeast and grains are part of a thousand different variables which create a great flavor profile in a bottle of whiskey. We source locally as much as possible, so the flavor is very unique to the region and different from what you'd find in other parts of the country.”

Because so many of the ingredients for these products are sourced locally, Montana's farmers are also starting to glean a profit from the growing craft liquor industry.

“These local distilleries are making great products, often with local ingredients from local farms,” explains a manager at Murphy's Liquor and Wine in Kalispell, as he re-stocked a prominent display case bearing the “Made in Montana” seal. “Montana is really great about encouraging local products, and local industry. Our Montana-made liquors sell really well, both to locals and visiting tourists, which is good for everyone along the supply line.”

As the Montana-made distilling industry picks up steam, like the copper stills that power these small businesses, we can expect to see a rising recognition on the national level for these lovingly crafted products. If recent trends are any indication, Montana will soon claim its place as a new powerhouse of artisan liquor production in the United States. We can all drink to that.