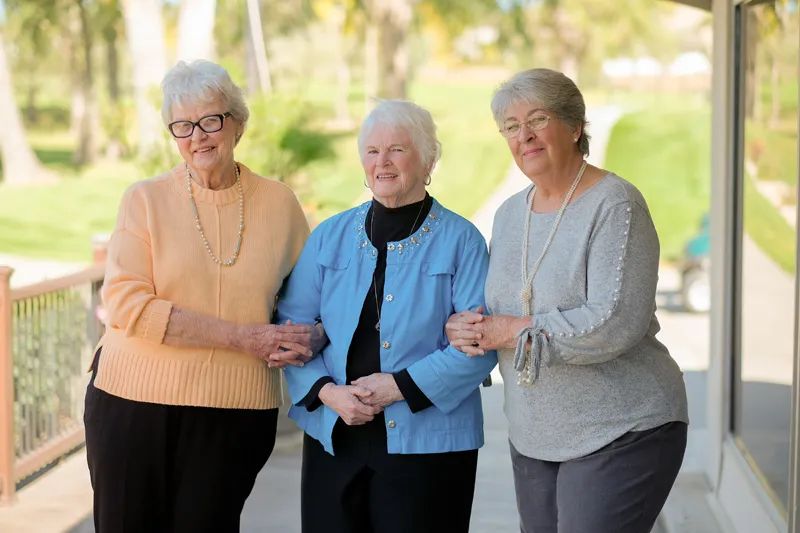 Friends spill the beans on growing old in new book

The first time they got together, they mostly talked about everything that had happened to them in the intervening decades. But they also talked about the aging process, what it felt like, what they feared about aging, and what old age was doing to their bodies.

It was so interesting and so much fun, says Nadine Ann Shirley, that the second time they got together, “we discussed the possibility of writing down what we were saying. By the third time, we had an outline for the book.”

That book, “On Being Old (with Acceptance and Gratitude)”, was published in June 2020, co-written by Nadine and her friends, Mary Jo MacIntyre and Sandra “Sam” Studiner.

It is a slender book, just 149 pages long, and the first few chapters don’t quite prepare you — or didn’t quite prepare this reader, at least — for what is to come. Those early chapters, dealing with the physical and mental changes that accompany old age, are mostly straightforward and factual.

But as the book moves on and tackles deeper subjects, including love, marriage and children, sex, money and power, spirituality, faith and religion, the three friends share more and more personal stories, each of them displaying a disarming honesty. There is plenty of humor and light-heartedness, but more often they are unsentimental and serious, and impressively reflective.

That honesty shows up on the fourth page of the introduction, where they write: “Two of us were pregnant when we got married, Yes, it happened in the good old days too.”

They got so personal, in fact, that when they finished writing the book, Sam was the only one willing to put her real name on it. Mary Jo and Nadine were tempted to use pseudonyms, but eventually decided it would be best to use their real names. They hope readers will benefit from their insights as much as they did.

“We didn’t want to give advice,” Sam says. “We just wanted to share how our lives were and how they evolved, and if somebody identifies with that, it may help them.” 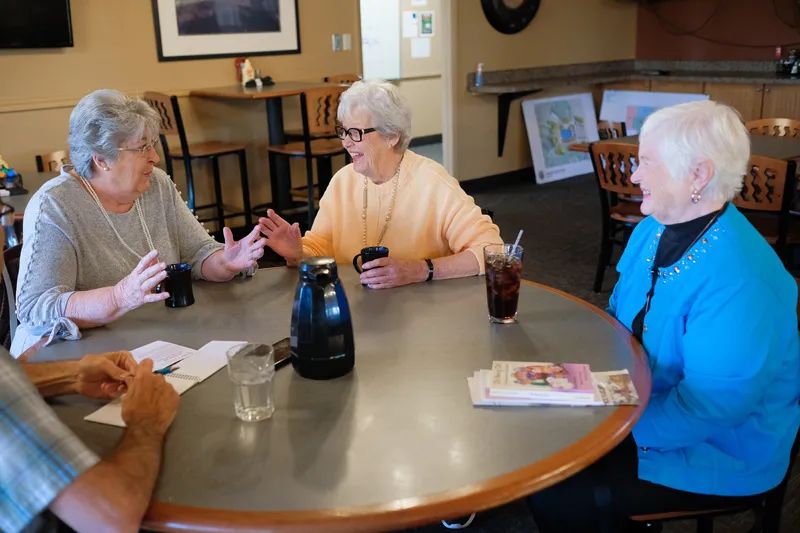 What they learned from each other, Mary Jo says, is that the aging process has the same basic effects on everyone, with differences mostly in timing and degree. “You learn to laugh and take comfort in the fact that you’re not unique,” she says of their conversations. “Everybody’s in the same boat. We found ourselves laughing at ourselves.”

The three friends have similar backgrounds. All of them were reared in Protestant families, and all converted to Roman Catholicism after marrying Catholic men. Sam, Nadine and Mary Jo were living in Billings when they met at a Catholic retreat in the early 1970s, but after several years of close friendship, and after Nadine moved to California, they drifted apart.

Their reunion was sparked when Nadine and Sam, who had since moved back to Montana, ran into each other at a funeral in January of 2019. They made plans to have coffee together and decided to invite Mary Jo, too. They met weekly in Laurel, since Nadine lives in Nye and Mary Jo and Sam in Billings.

Nadine and Mary Jo both divorced many years ago and never remarried; Sam has been married to the same man for 58 years. Among them they have 15 adult children, 36 grandchildren and 13 great-grandchildren. Mary Jo, at 83, is the oldest of the trio, followed by Nadine, 81, and Sam, 77.

They also share a great love of dogs, and an abiding interest in spiritual matters. Nadine identifies as Christian but not Catholic. Sam and Mary Jo remain in the church, but neither of them is entirely a traditional Catholic. They are all independent-minded, still searching for answers, though Nadine has made her peace with what she calls in the book the “insurmountable mystery” of life and death.

One refreshing aspect of the book is that is entirely free of thoughts on politics. It was not intentionally left out. It was just that in deciding to talk about what was most important to them, politics simply didn’t make the cut. One wonders if the rest of us wouldn’t be better off if we had the same priorities.

As Sam says, the book does not dispense advice. It imparts something more valuable — the sense that complete honesty is good, that the examined life is a meaningful life, that there is always something new to learn, that few things are as important as family and good friends.

We’ll leave you with a few more snippets from the book:

“Time flies and we are the pilots. It’s never too late to try to live up to our own expectations.”

“This is our story of how we enjoy and survive old age, hopefully with grace, humor, and countless doctors’ visits.”

“’If you don’t know, Grandma, Google it!’ That is what the kids tell us. Not all answers are on the internet, however. If you’re looking for an experience-tested response, it’s best to check with us old people.” 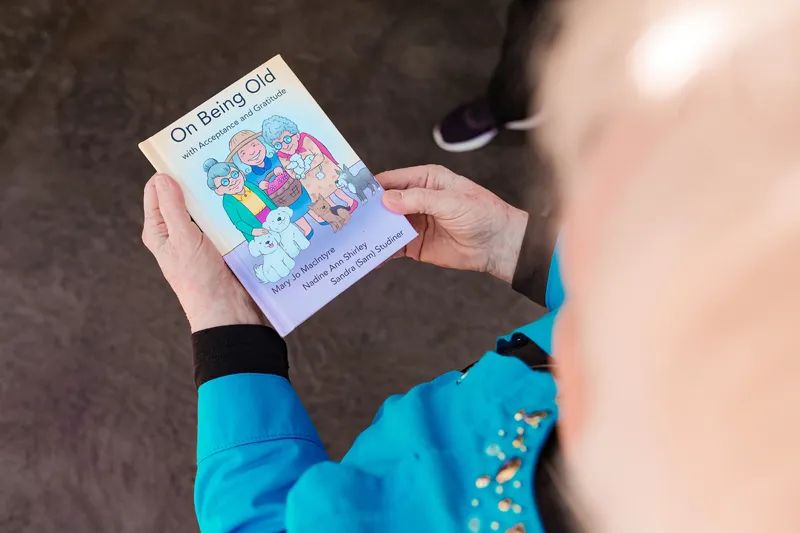 HOW TO GET YOUR COPY

“On Being Old,” priced at $23, is available on Amazon as well as Barnes and Noble in Billings. It may also be ordered through a bookseller or direct from Dorrance Publishing Co., Book Order Department at 1-800-788-7654. You can also go to www.dorrancebookstore.com.