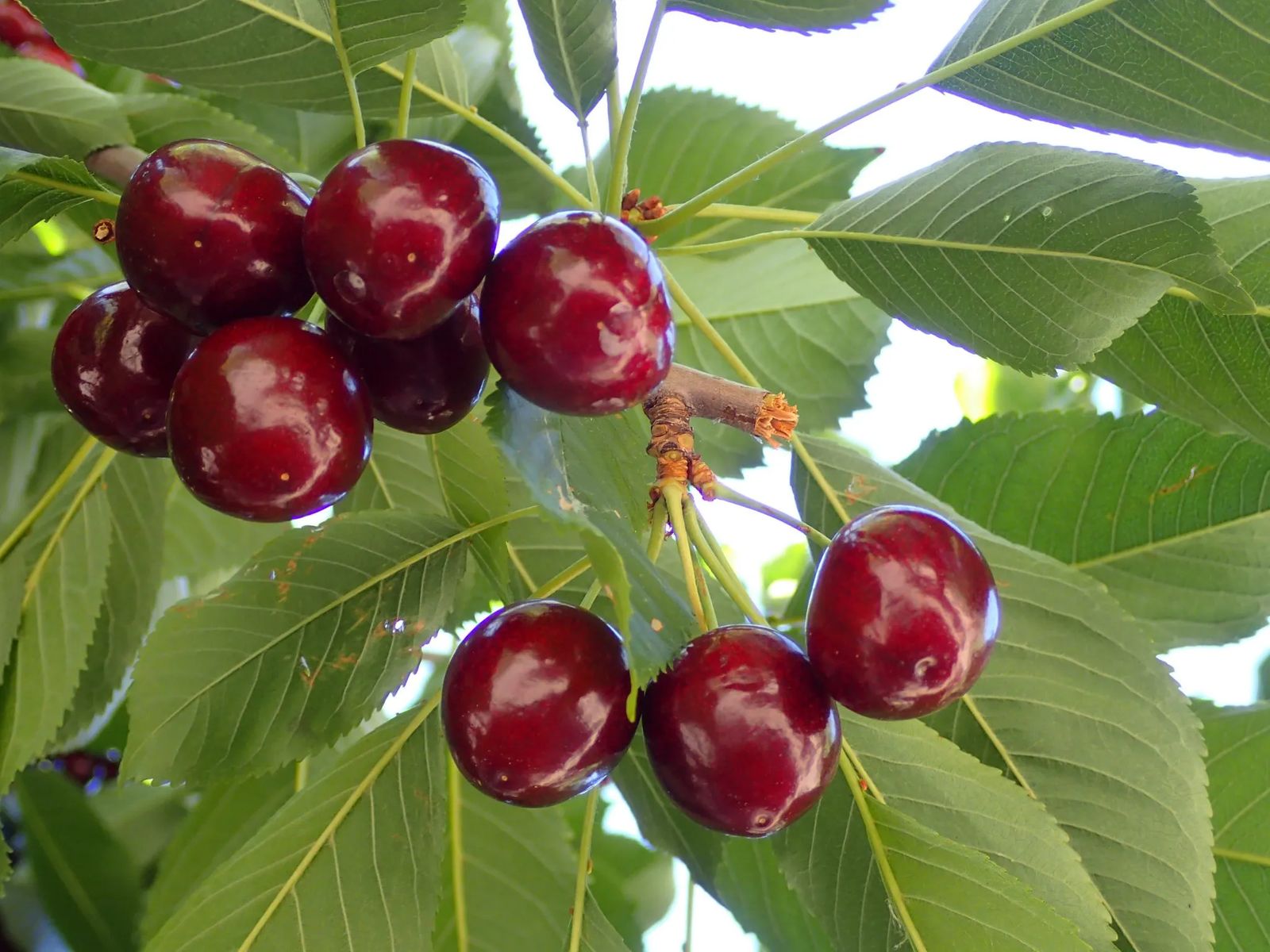 Ripe for the Picking

From the time the blossoms appear in the spring, fans of Flathead cherries dream of this summertime delicacy. And while “Flathead cherries” are, in reality, a number of different sweet cherry varieties, the unique growing conditions along Flathead Lake make for a quintessentially Montana treat.

Originally, these cherries were raised in the Bitterroot Valley in the 1860s, but by the late 1890s growers realized the expansive Flathead Lake worked as a heat sink in this notoriously cold climate, sheltering the somewhat tender trees from excessive temperature swings. Within decades, orchards sprung up along its shores, and in 1935, the Flathead Cherry Growers Association, a co-op that exists to this day, organized to help growers effectively market this booming crop.

Even though the bulk of the cherries are packed and shipped within weeks to commercial facilities in the Pacific Northwest, when the cherries are ripe, roadside stands spring up along each side of the lake for customers to buy a small bag for a snack or tens of pounds to preserve or share. And for some, visiting a “U-pick” orchard is a summertime tradition where families enjoy the task of harvesting the sweet cherries themselves. 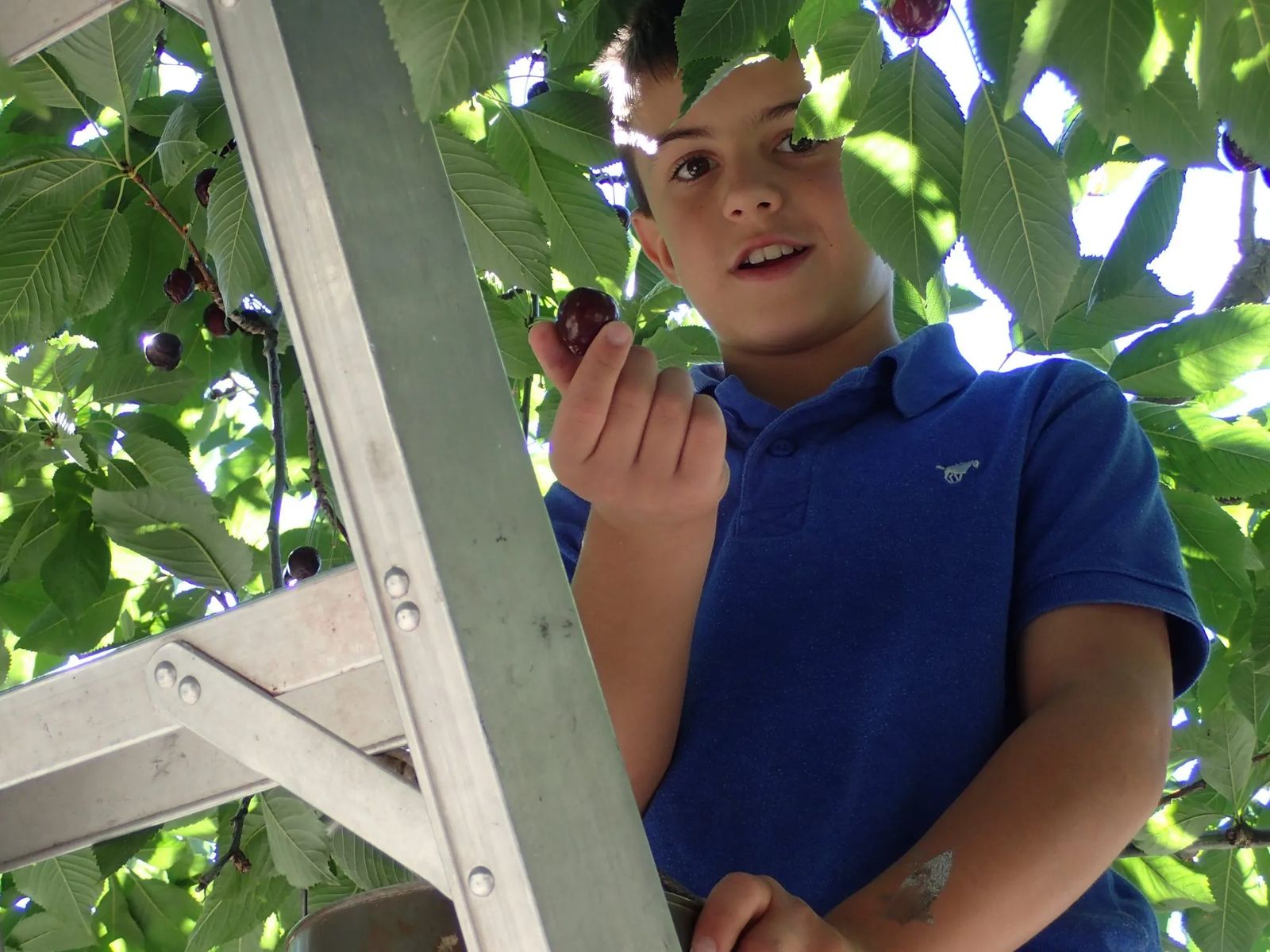 Kimberly Hockaday-Quinby of Hockaday Orchards in Lakeside is part of the fourth generation, along with her brother, Hugh Hockaday Jr., on her family’s orchard property on Flathead Lake’s west short near Angel Point. Kimberly says her great-grandfather, Roger “Weight” Hockaday, came out to Montana in 1910 because of the railroad’s involvement with the creation of Glacier National Park. His professional goal involved promoting travel to this new tourist area, so he and his wife, Marguerite, visited the Flathead Valley with the idea of purchasing property. After a steamboat ride on Flathead Lake, where they stopped at a gazebo at Angel Point for a picnic, they found their home.

Kimberly says after a harrowing move to Montana, where practically all of their belongings were damaged in transit on the train, the Hockadays planted apple trees in their new orchard. Those trees produce to this day.

“Those are my favorite trees,” she says. “They added the cherry trees later.” 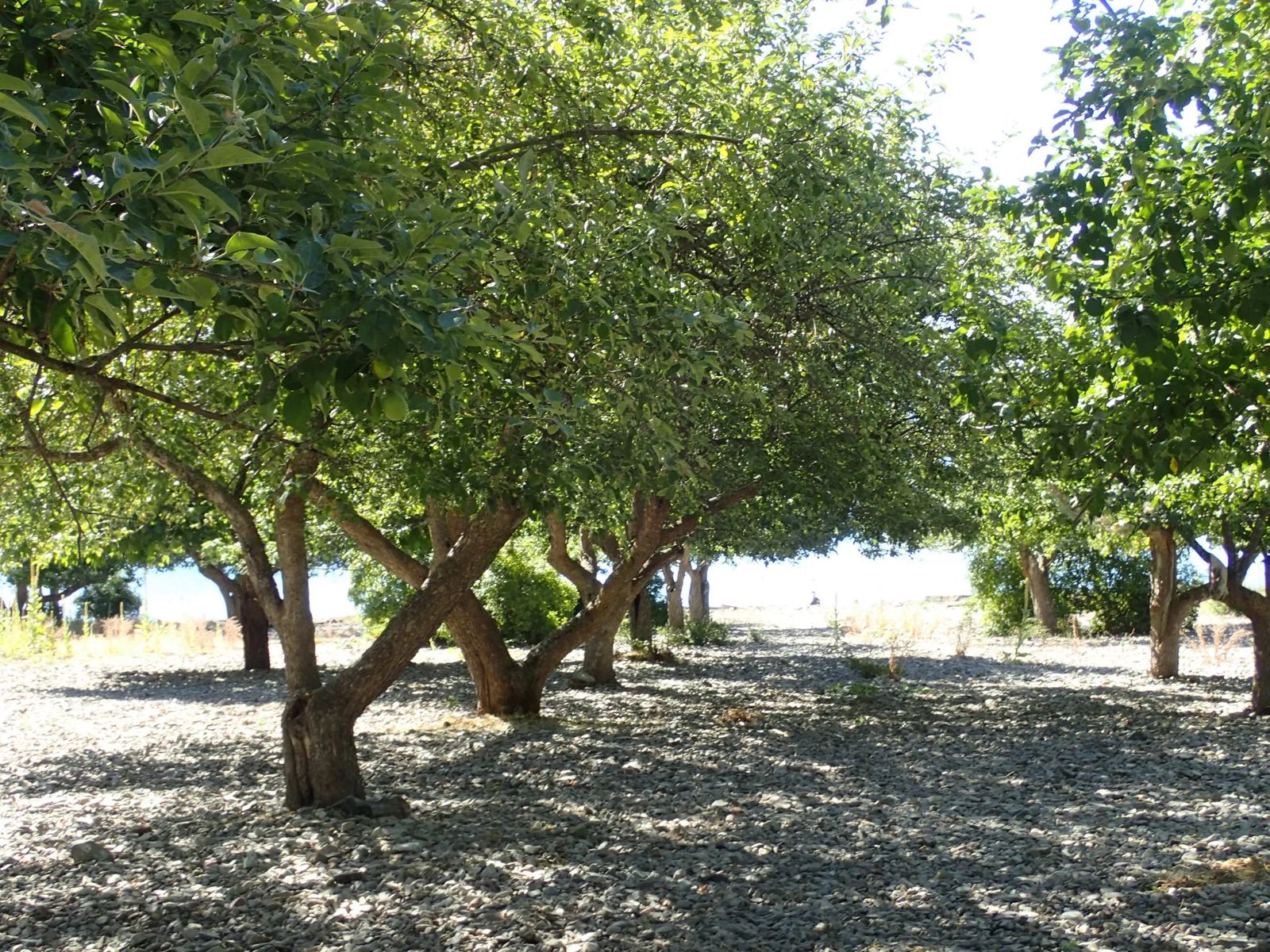 By the mid-1940s, her grandfather, Hugh Hockaday, a renowned commercial artist and namesake of the Hockaday Museum of Art in Kalispell, moved out from St. Louis, Missouri, along with Kimberly’s father, Hugh. Her grandfather created an art studio along with a growing orchard geared towards commercial production. It’s now a multi-generational affair.

“My brother, my dad, and I take care of the orchard now,” she says. From early in the spring, care must be taken to prune some of the trees after often difficult winters followed by maintenance throughout the season to ensure a healthy crop.

“We start pruning in the spring when the sap is still low in the trees,” she says. “My dad is very old school.”

Kimberly says one of their greatest concerns is the fruit fly, which they spray for until the fruit is off the trees.

“Cherries require spraying. It’s state law because they are a commercial crop in the state of Montana,” she explains. If neighboring orchards do not spray, it becomes an issue for everyone, and since fruit flies can remain dormant for seven to 10 years, it’s a problem waiting to happen. 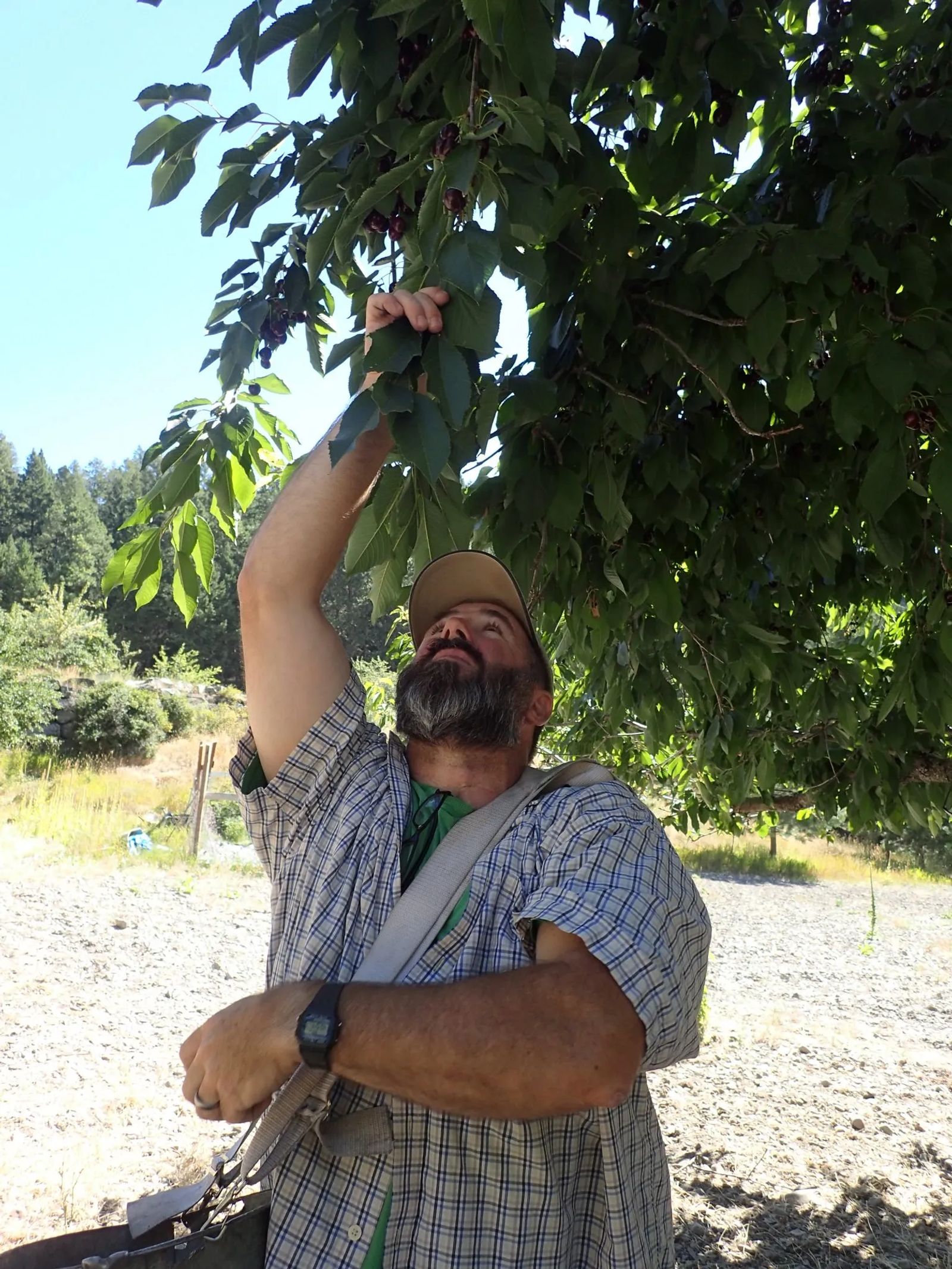 Yet, there are some factors cherry growers can’t prune or spray to prevent. Some winters are simply too harsh, springs too cold or wet, and summers too dry to produce exceptional crops. For instance, in 1989, over half the cherry trees in the Flathead Valley perished due to extremely cold temperatures. At the time, the Lambert variety was the predominant type planted. Today, however, growers have expanded to include other more durable varieties.

Kimberly says besides the Lamberts, they grow Royal Ann cherries. “They are smaller and not as sweet as Lamberts. They are my favorite cherry.” They also grow Bings, Lapins, and Rainiers. They are experimenting with a new variety from British Columbia named Skeena that is less likely to crack during rain events at ripening.

The big difference at Hockaday Orchards is that unlike most of the orchards along the lake, they are U-pick only, where visitors schedule a time to visit and harvest as long as the crop remains.

“We have people who book their vacations around when the cherry harvest is going to be,” she says. They also have visitors whose grandparents brought them out as children, and now they are bringing their own grandchildren. 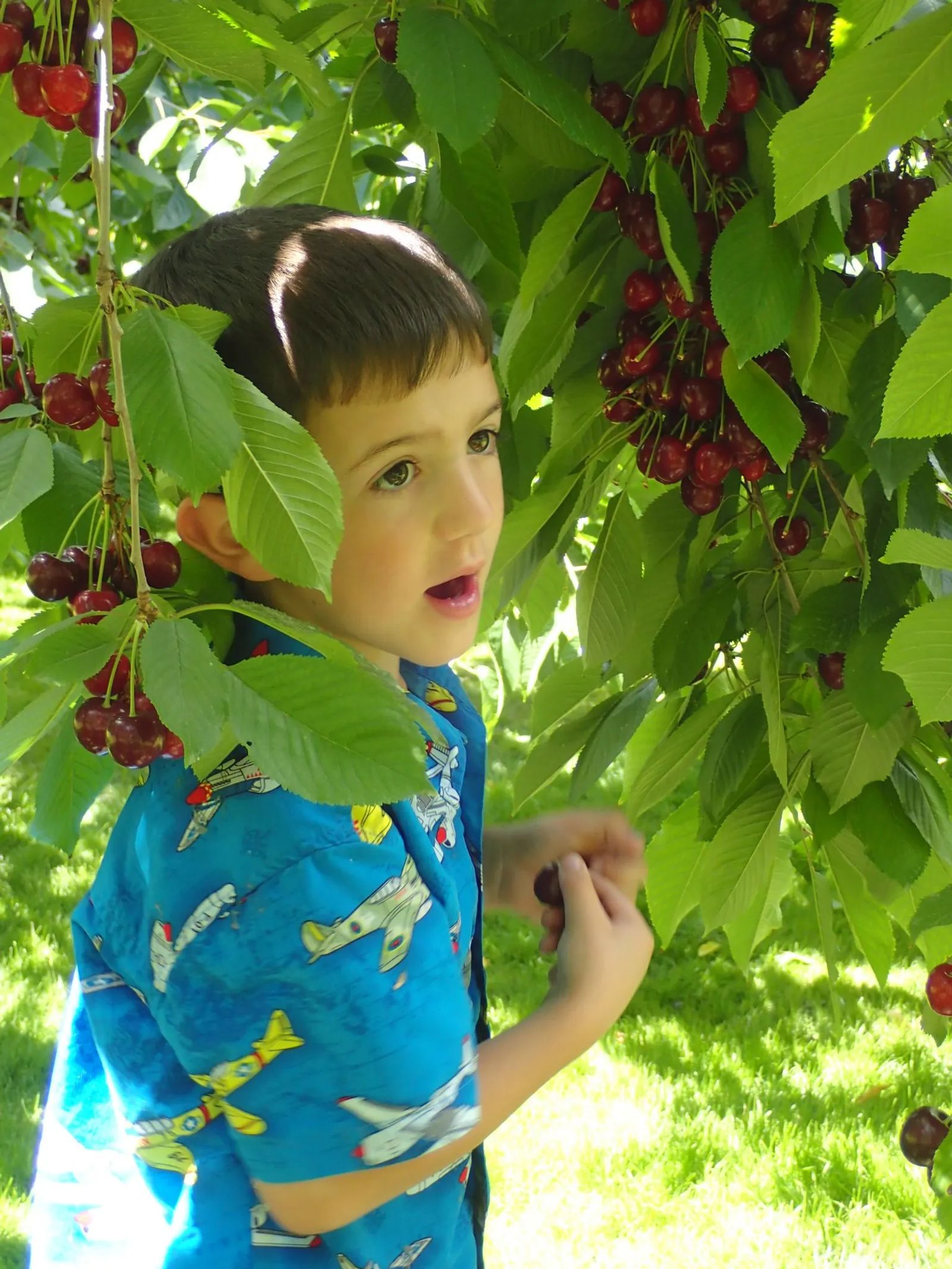 And it’s not only Montanans who love the cherries. They’ve had guests from as far as China to the orchard to harvest. “Cherries are so expensive in Asia. They’re considered a delicacy,” Kimberly says.

For those who wish to pick, it’s a matter of contacting Kimberly to schedule a time to visit. You’re taken to the best trees, where ladders are set up and are left to harvest as much as you want. Some years, it’s an easy feat with luscious low-hanging cherries. Other years take more effort, although with an occasional snack, it’s an enjoyable task.

Part of the appeal is simply being out in one of the most beautiful settings in Montana. Flathead Lake beckons pickers to dip their feet in the cold water, and the waterfront is an excellent place to stop for a rest while picking. Geese are frequent visitors, and Kimberly says they have resident deer, turkey and bears with an occasional visit from a mountain lion. 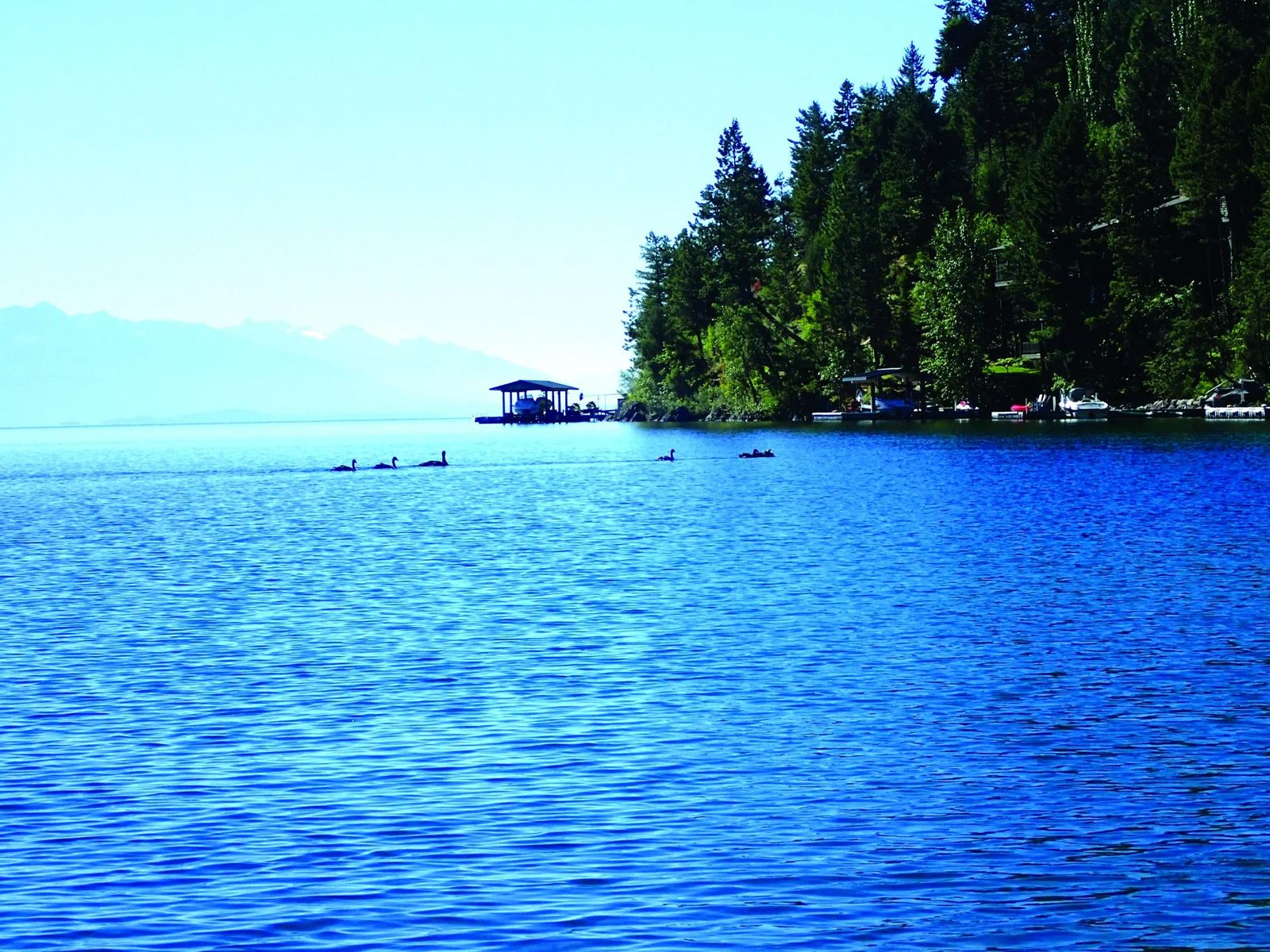 “We definitely are habitat for a lot of different animals,” she says.

The cherry-picking season for Hockaday Orchards is typically around the last part of July to the first week in August, although it varies from year to year. A cool spring or hot summer directly affects the harvest time. And sometimes, the yellow jackets ruin the fun.

“Some years the yellow jackets are so bad they wipe out the crop,” Kimberly says. A decade ago, these flying marauders ate every single cherry on the trees. The orchards didn’t open that year.

Montana may not be the biggest cherry producer in the country, but there’s no question that these sweet cherries are some of the most celebrated fruit in our brief, yet glorious summer. And with the cherry season right around the corner, mark it on your calendar so you, too, can revel in the joy of these sweet delicacies.

FOR MORE INFORMATION on picking times at Hockaday Orchards, visit their website at www.hockadayorchards.com.