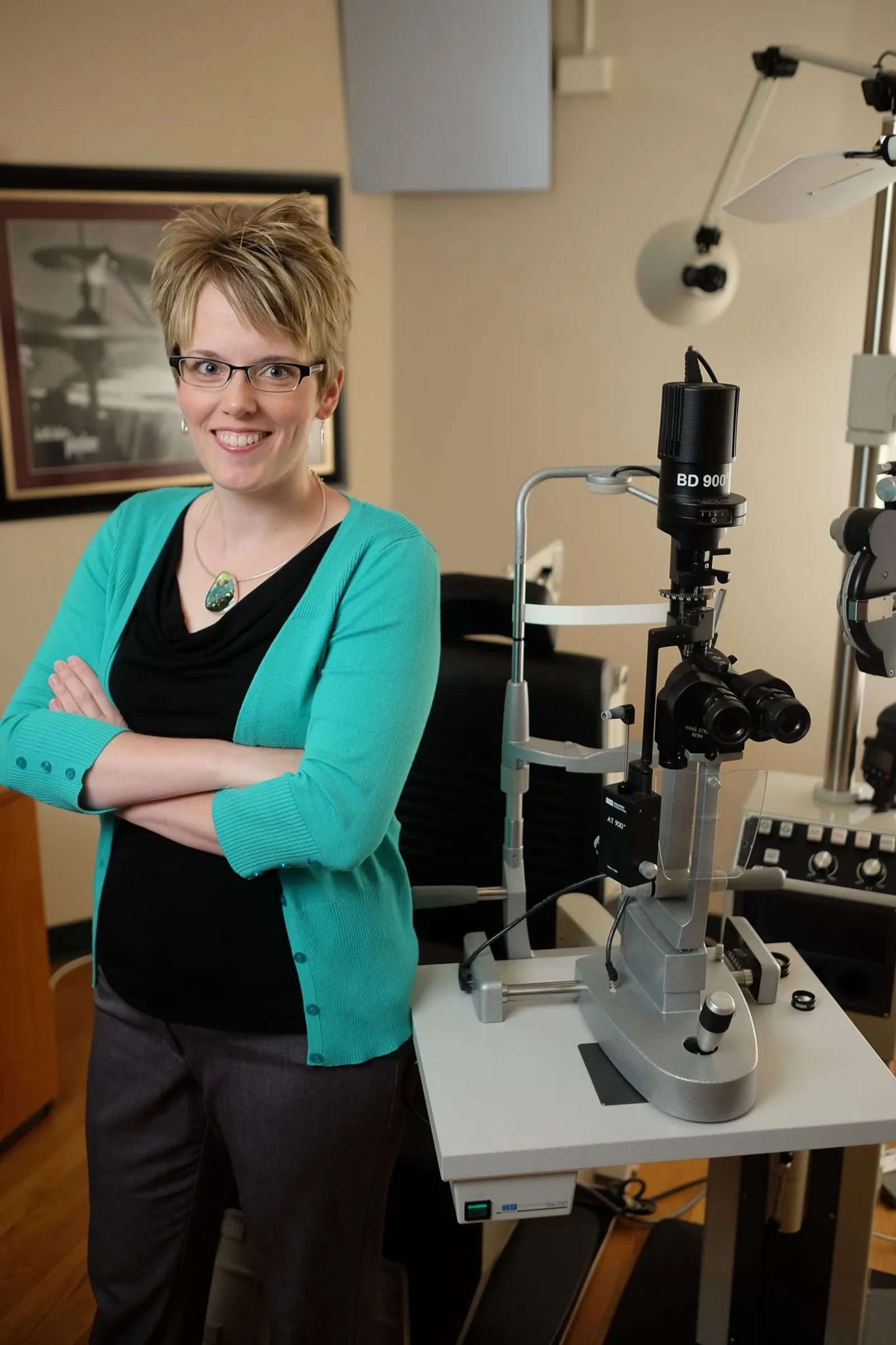 For Dr. Robyn Clausen, the best thing about her job is that people are pretty happy to see her – literally.

Clausen, 35, owns Bauer & Clausen Optometry with her husband, Dr. David Bauer.  The couple, who met in optometry school, has two small children and set up shop together nearly a decade ago.  Clausen finds that working in a small medical practice where her patients are mostly healthy, her husband is on hand, and neither of them is on call offers the holy grail of the modern, two-career family: balance.

A Pierre, South Dakota native, Clausen earned her bachelor’s degree from South Dakota State University in Brookings and her doctorate at Pacific University College of Optometry in Forest Grove, Oregon, where she met her husband, a Wolf Point native. While David graduated in 2004, a year before her, he found a job in Billings and figured he’d take it in order to get back to Montana. Clausen followed the next year, finding a home at the Lamplighter Square practice she now owns. Clausen worked with Dr. Mark Reynolds for a year and a half before buying the practice from him, which brought a huge learning curve.

“You get to make all your own decisions,” Clausen says.  “On the other hand, you have to make all the decisions.”

To make it all work, the couple isn’t “stuck on traditional roles” at work or at home, Clausen admits.  At work, Bauer is the tech guy and Clausen does the bookkeeping.  Both train staff.  At home, Bauer cooks, Clausen cleans.  They parent Noah, 8, and Lauren, 6, equally, and take turns running the kids to school and activities.

The tough part is keeping work stuff at work and home stuff at home.

“There has to be a distinct delineation between home and family,” says their friend Dr. Kimberly Meier, who owns Meier Family Chiropractic with her husband and also has two small children.  “Robyn and Dave know whose strengths lie where and always support each other even if they don’t always agree.”

They also have a business coach.  The coach – AKA the neutral third party – advises Clausen and Bauer on staff development and team building, office flow, marketing and generally, “takes some of the pressure off the relationship,” Meier says.

She and her husband have followed suit. 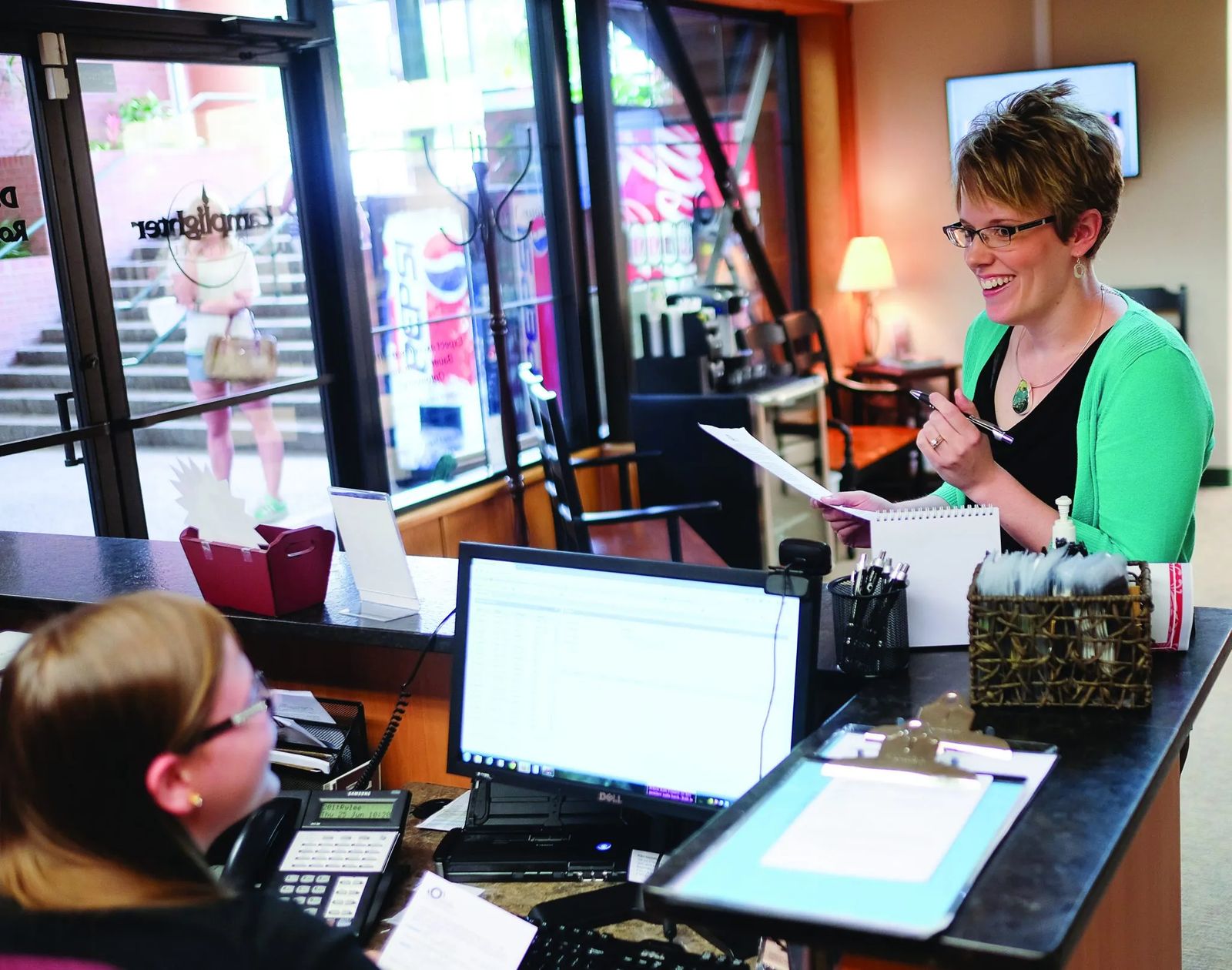 Bauer & Clausen Optometry offers eye examinations, contact lens fitting, management of eye infections and diseases, LASIK/refractive surgery co-management, as well as cataract surgery co-management.  For Clausen, patient experience during any one of these procedures is critical.

“Patients only come to us one day a year so we have one chance to take care of them, not just their eyes but the whole person,” Clausen says.  “We see them once a year, but we are a part of their daily life, at work, and during their hobbies.”

Clausen says she takes that responsibility seriously.  Whether it means boosting kids’ self-esteem with the right glass frames, introducing a teenager to life-changing contact lenses, or slowing down to reassure an older patient about the fears he or she may be having about vision changes, she’s on it.

Shald can attest to what she calls the “individualized” care Clausen offers patients.  In her 50s, Shald has a family history of degenerative eye disease and needed trifocal contacts.  Clausen reassured her she is not at risk for the disease and spent time getting the contacts just right.

“Robyn treats each person for who they are and what they do,” Shald says. 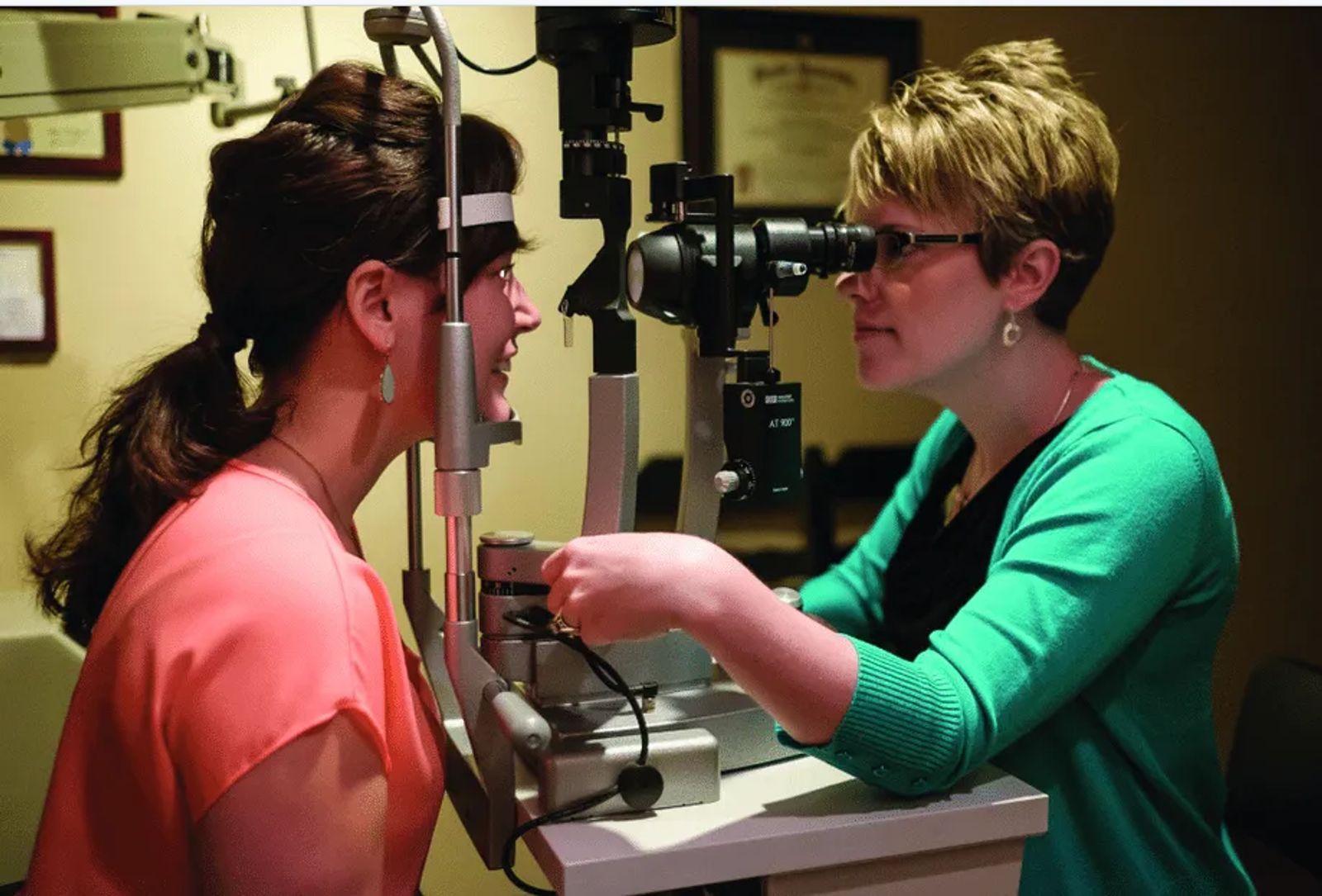 Since Clausen and Bauer bought the practice they have increased their staff to nine from three and remodeled the optical dispensary, Clausen’s favorite part of the practice. Usually fitted out with a chic scarf or necklace, Clausen says she likes the new trend of glasses being more of a stylish accessory instead of a utilitarian fixture.