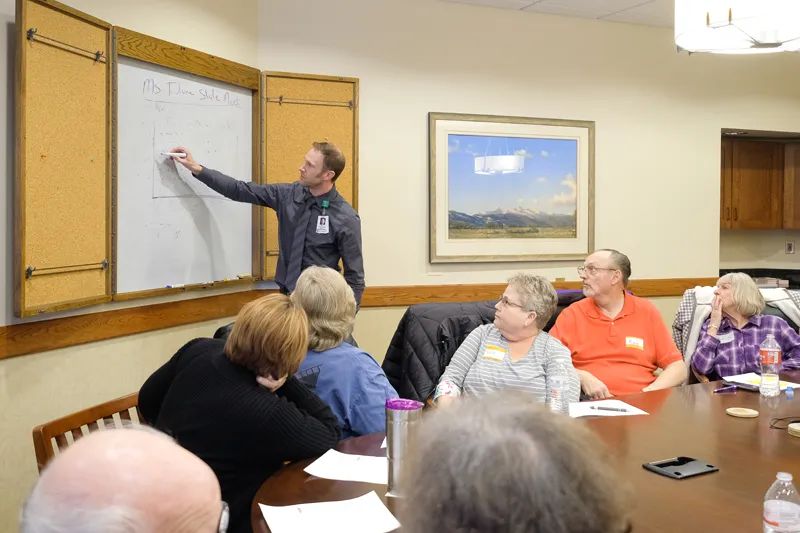 Everyone has his or her own diagnosis story. For Pam Hofferber, it started with an eye exam. Her optometrist noticed an unusual spot at the back of her eye and recommended she see a neurologist immediately. Within the week, Pam underwent an MRI and was diagnosed with Multiple Sclerosis.

MS is an autoimmune disease that affects the central nervous system, including the optic nerve, brain and spinal cord. Blurry vision or a loss of vision is often an early symptom, so it’s not uncommon for eye doctors to detect MS in their patients.

“When I was first diagnosed, it really frightened me,” Pam says. “I had no idea what I was in for and I kind of ignored it. When I found out there are many people living with MS who were still going strong, I knew I could learn from them.”

Pam found connection and community in the National MS Society Billings Support Group, which meets on the second Thursday of each month at the St. Vincent Healthcare Neuroscience Center. Since her diagnosis in 2013, she’s been a regular at the meetings, which usually draw between 20 and 25 people each month. Around the table sit men and women of all ages experiencing the full gamut of symptoms. Some need a wheelchair, cane or walker to get around. Others experience vision issues or problems with coordination and balance. Some have trouble remembering or concentrating, and nearly everyone can identify with the extreme fatigue that is one of the most common symptoms of MS.

MS is more common in women than men, with recent studies suggesting a female-to-male ratio as high as three to four women with MS for every man. Source: National MS Society

While the symptoms differ, the support group gives those living with MS a chance to share stories, offer advice and give support.

Lora Waid started the group six years ago and since then has witnessed steady growth. She sees herself as a cheerleader, encouraging people to come, share and stay connected.

“You don’t need to be isolated, and don’t be too proud to ask for help,” Waid says. “You’re not alone, especially now.” 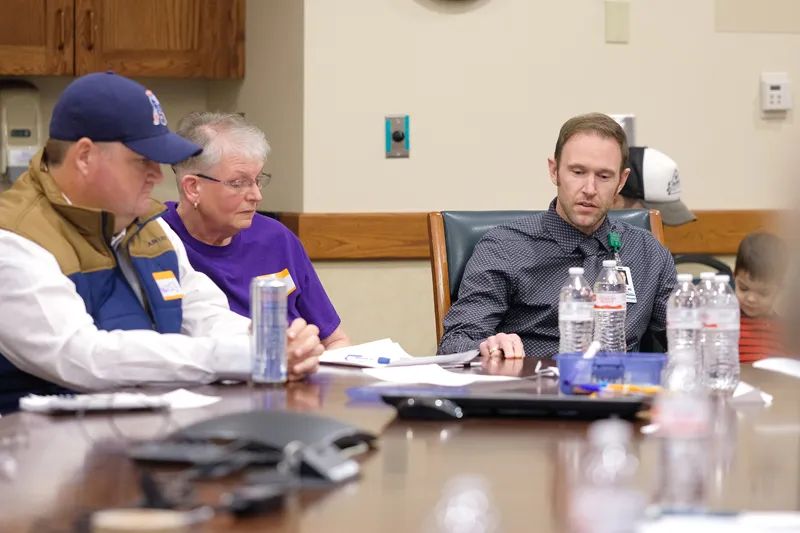 When Waid was diagnosed in 1989, there were no medications to treat MS. The first one didn’t show up on the market until 1992. She didn’t know anyone with MS, so she had little choice but to live with the progressive, debilitating symptoms. These days, there are 19 medications available to treat MS, and though none cures the disease, many provide quite promising treatment.

“When I was diagnosed there wasn’t anything,” she says. “It’s like you’ve been told no for so many years, and now there are so many yeses.”

This spring, Dr. Kris French, a neurologist and MS specialist at St. Vincent Healthcare, visited the MS support group to talk about emerging research and new medications. French was enthusiastic, hopping up to the whiteboard to explain monofilament light chain technology, stem cell research and the intricacies of the brain. Some of it sounds like science fiction, he admits, but it all points toward a hopeful outcome for those living with MS.

“If you look at all the neurological diseases, there’s nothing that changes the course of any disease like the medications we have for MS,” French says.

Possibly the best news on the horizon is in the area of testing for MS. A blood test may soon be able to help diagnose MS and be used to determine out how well MS is being treated with various medications.  The blood test could potentially replace expensive MRI technology, Dr. French says.

French is a frequent guest at the support group and encourages all his patients with MS to become involved in the group.

“There’s therapy in being able to share because people without MS don’t understand,” he says. “The symptoms are invisible for most people.” 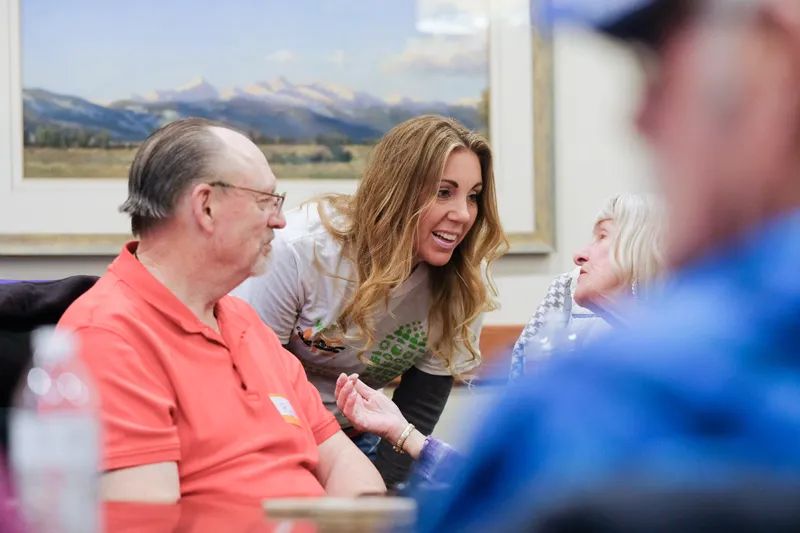 French explains that he’d like to see even more MS groups that provide support for various subsets of those who have MS, including those newly diagnosed, those who are still working, mothers, and even a group specifically for caregivers. Caregivers are included in the Billings MS support group, which provides them with perspective and an opportunity to connect with their peers.

“A lot of times people closest to you don’t understand,” Waid says. “They want to fix it, and you don’t want to burden them.”

At the group’s March and April meetings, the talk focused on the Walk MS Billings event, a fundraiser for the National MS Society held on April 27. Many talked about walking and helping to sign up teams for the one- or three-mile route. A big part of involvement in the walk is about creating community awareness.

“We want people to know that, yes we have our limitations, but we can still be productive and active players in our community,” Waid says.

If the outpouring of support and compassion in the group is any measure, members of the Billings MS support group have a lot to give. 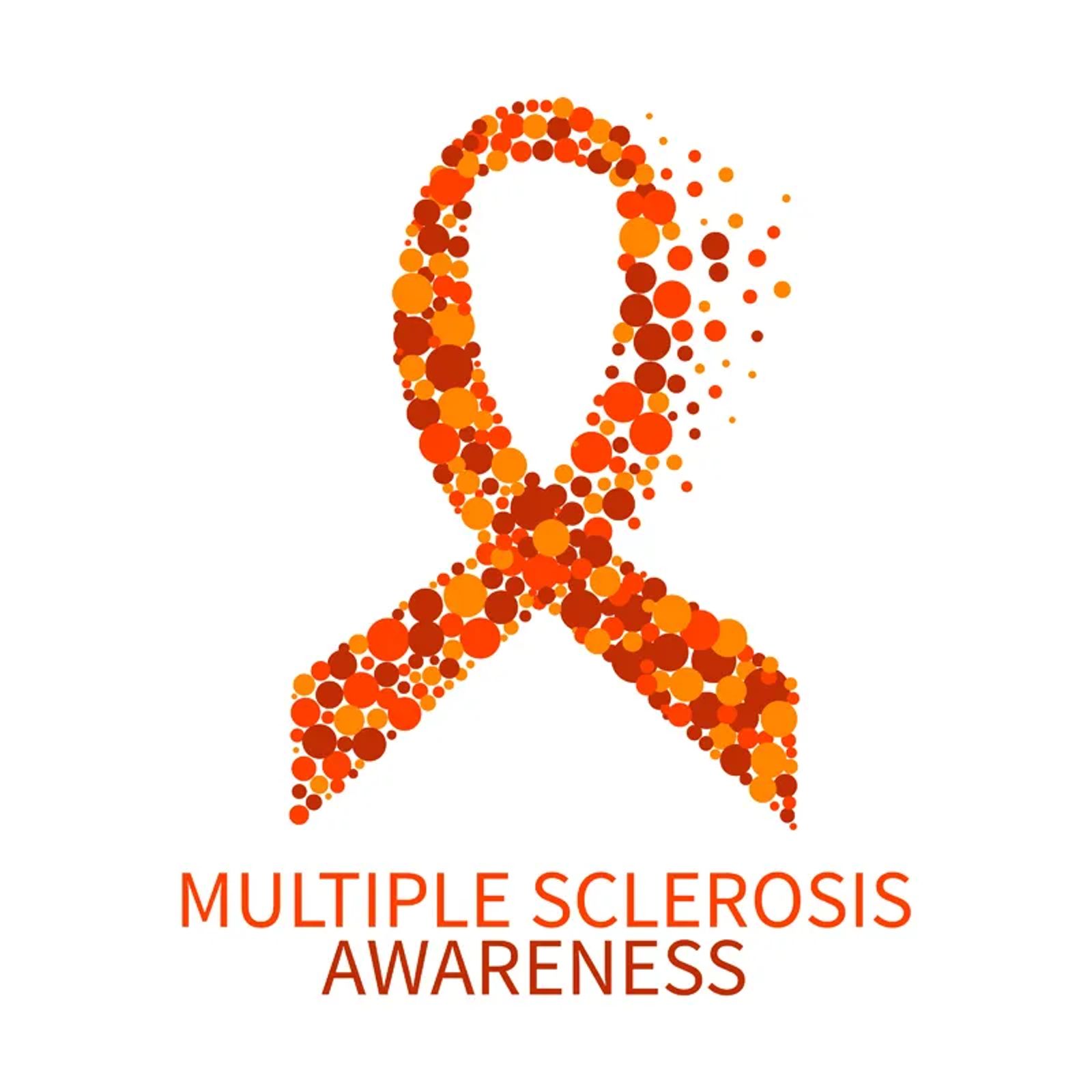 Multiple Sclerosis is an unpredictable, often disabling disease that affects the central nervous system and brings varied and unpredictable symptoms. The disease brings about an abnormal response of the body’s immune system, which causes it to target the brain, spinal cord and optic nerves. The cause of MS is largely unknown, but environmental factors and genetics are thought to play a role. The average age of diagnosis is 34.

Is there a cure for MS?

There is no cure for MS. However, advances in early diagnosis and medications are promising, and MS today is not the severely disabling disease that it once was. About 1 million people in the U.S. are living with MS.

Are you living with MS?

There is strength in support