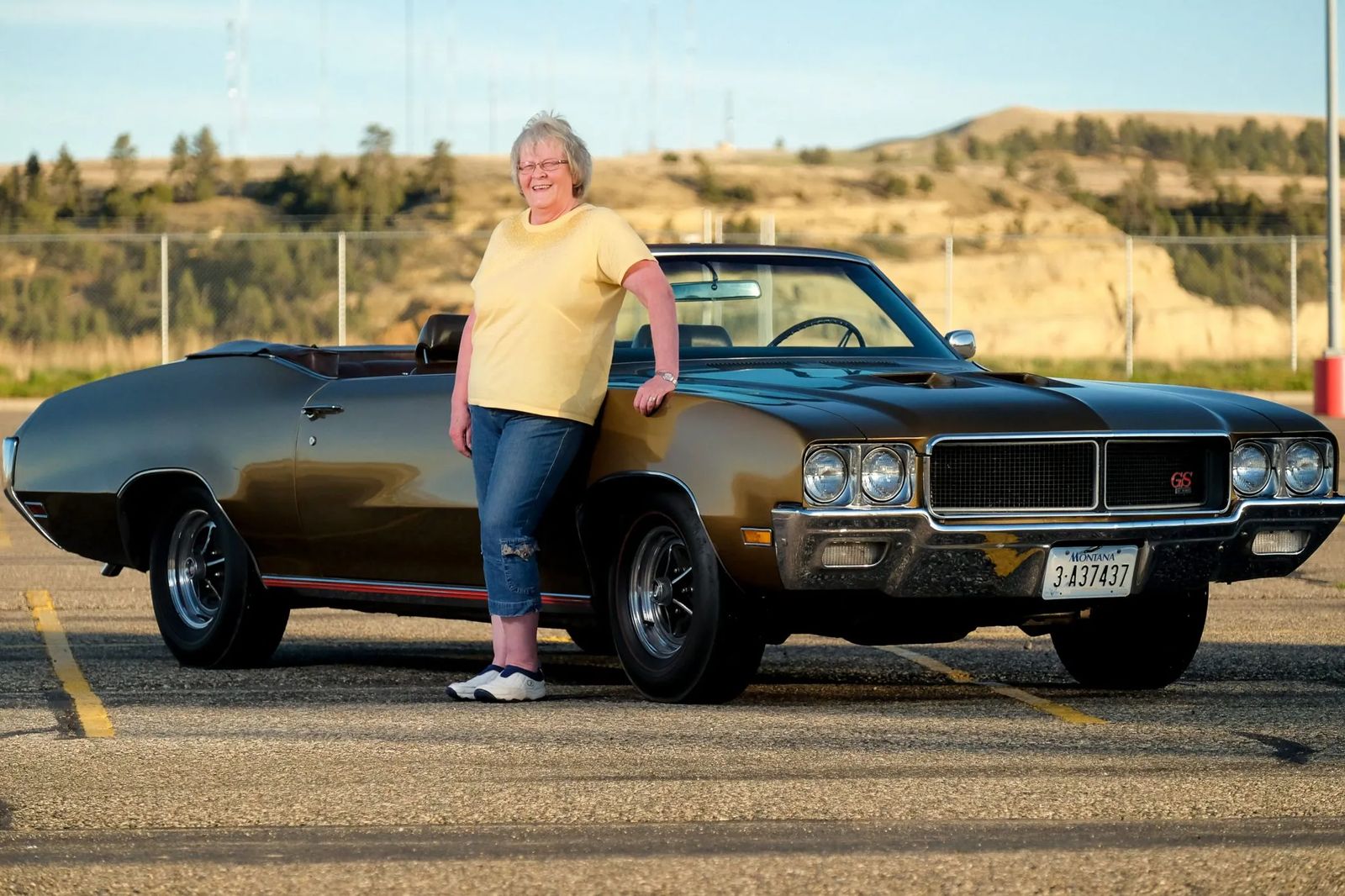 When 65-year-old Sylvia Gusick was a teenager, she didn"t "burn the point" like they did decades ago on the streets of downtown Billings. She "ripped the strip" in the small town of Winnett, Montana. In this town of 200 or so people, guys wore their letterman"s jackets, showed off the new motors in their hot rods, and paraded the streets, hopefully with the prettiest of girls riding shotgun.

"More or less it was a small parade to show their stuff," Sylvia says with a smile as she reminisces. "Who had the loudest car? Whose went the fastest? They wanted everyone to see it."

It didn"t matter what stretch of road or even in which town the car-loving youth put the pedal to the metal, the result was the same. It was guaranteed to be a night full of engine roaring, tire peeling, heart thumping fun. Over time, the ceremonial social hour faded from the scene.

Flash forward to 1999 when a group of "motor heads," as Sylvia lovingly calls them, sought a way to revive this Billings pastime from 50 years earlier for just one night. The Downtown Business Association started "Burn the Point" as a hallmark of the Labor Day weekend, but by 2003 they"d handed the keys to The Chase Hawks Memorial Association as a fundraiser for their crisis fund. It"s one that gives a financial hand to families with emergency needs.

Sylvia Gusick would be there throughout the entire transition, hanging out the passenger side of her hubby"s 1970 Gold Buick Gran Sport convertible, waving and smiling to the lively and colorful parade route crowd. "Oh boy, when the cars fire up and that first one rolls across the starting line," Sylvia says. "And, all those people? It"s just cool."

Sylvia isn"t just a parade lover. After Chase Hawks adopted this event, the president of the charity board gave her a call. "He said, "Okay smarty pants, you"re in charge of Burn the Point. I said, "Well, thank you very much! I don"t know what the hay I"m doing! I was just flying blind and that"s when a couple of the motor heads stepped up and lent me a hand," she says with a chuckle. When asked just how many volunteers it takes to pull off a parade of 500 classic cars and a car show that puts 250 to 300 cars center stage on the MetraPark grounds, Sylvia waves her hand and says, "Oh, an army!"

Even though Sylvia works all year long for this one chrome-studded weekend, seeking sponsorships, obtaining city permits, and partnering with some of the downtown businesses, she never once has called it work. "For something to be that fun and to make that much good for our crisis fund just doesn"t make sense to me!" By the end of the weekend, the parade and car show will ring in roughly $30,000. That"s half of what the Chase Hawks Memorial Fund will dole out to roughly 100 families in a given year.

"Sylvia is an amazing woman who sets her mind to a task and simply makes it a reality," Cass Staton, Executive Director of Chase Hawks Memorial Association will tell you. "She is fervently committed to the mission of supporting families in crisis, so she works year-round in a 100% volunteer capacity to ensure the success of Burn the Point." Cass adds simply, "As the event chairperson, Sylvia is the lifeblood of Burn the Point." Over the years, Sylvia has helped grow this car-loving event into the second largest fundraiser for the non-profit with only the charity"s Rough Stock Rodeo raising more.

Surprisingly, not everyone on the Chase Hawks board was a fan of Burn the Point. Some doubted that holding a large scale event on such a popular getaway weekend would be a good idea. Sylvia stuck to her guns. She laughs when she says, "That guy told me that we would flop on Labor Day weekend because everyone is out of town. We had 17,000 people down there, so I"d like to say to him, "Take that buddy!"" Sylvia says that this weekend is one of the biggest downtown events crowd-wise and it"s become a destination on the car show circuit, putting old school beauties like Chargers, Novas and illustrious "Vettes on the Magic City Strip, ruling the road for a night. These wheels come from all over the state as well as from Canada, Idaho, Wyoming, plus North and South Dakota.

As we talk about this life-saving event for families, Sylvia stops to greet customers, "Hi Doc!" she says as a smiling man walks into Gusick"s, her and her husband"s family restaurant just before the lunchtime rush. As she takes to the hostess area, she says with a smile, "This is my stage. I can stand up here and see everyone that I need to see. Do you think they"ll ever tell me no?" For the most part, they don"t. With Sylvia"s charm and networking abilities, she garners about 25 major sponsors each year to cover the cost of the event and the street dance with Bucky Beaver and the Ground Grippers that follows.

With each sponsorship she asks for, she knows that families from our area will be able to have a helping hand at a time when they need it the most. She says, "That"s why I can"t be on the grant review committee, because everybody that wanted or needed money would get it, especially those little fellers." So, she stays out of that side of the process and says she just knows, "We are trucking right along, helping a lot of people."

She's had to truck through some major events in her own life along the way. One year, she organized the event while healing a broken ankle. She had surgery to put a stent in one of her arteries another year. Then, six years ago, she faced breast cancer in the midst of it all. "I didn"t have my surgery until the Monday after the parade," Sylvia reveals. "My husband was really cranky about that." But, like Sylvia said before, she just keeps trucking.

After 12 years at the organizational helm, how many more parades and car shows does Sylvia Gusick have in her? "I don"t know. I"m getting kind of old," she laughs. She"s still holding out hope that one day, her dream for this event will come true. "One day, I want an outdoor concert in front of the Metra"s grandstands after the car show and I want John Fogerty to be there. I want him to sing Hotrod Buick and I"ll drive my Buick up on stage," she says with a larger than life laugh.

With that dream rolling around in the back of her mind, Sylvia has no plans to hang up her Burn the Point hat. After all, she still has her "stage" and just like the cars that venture down the strip of downtown road, Sylvia Gusick will always be a true classic.

While planning is still under way for this year"s Burn the Point, you can count on the parade taking place Friday, September 4th and the Classic Car Show & Auction taking place on Saturday, September 5th. For more, visit chasehawks.com/events/burn-the-point.