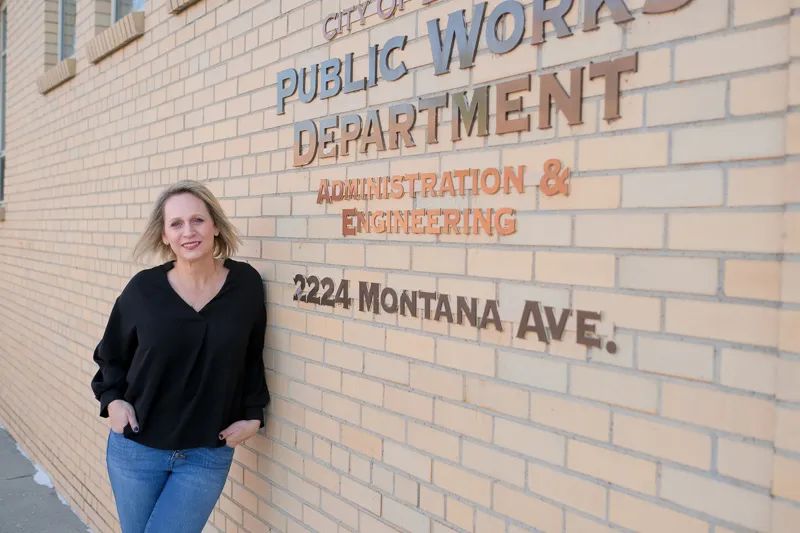 Taking Billings to the next level

During the 15 years she spent as city engineer in the city of Billings Public Works Department, Debi Meling truly loved her job.

“When you’d see something wrong in the city — you’d be driving and you’d say, ‘Oh, that’s not right. We need a turn lane there.’ And you’d do it! It was just the coolest thing, to actually see problems in your community and fix them,” she says. “So, I thought it was the perfect job.”

Why, then, did she decide to apply for the position of public works director after David Mumford announced he was going to retire in the summer of 2020?

“At the end of the day,” Meling says, “I felt like my impact on the community had been maximized in my job as an engineer. And so I felt like, even though I was enjoying my job, I maybe wasn’t making a difference anymore to the level that I wanted to. I guess I saw the opportunity to start having more impact again.”

City Administrator Chris Kukulski obviously believed Meling was up to the challenge. He decided to hire her as the new director after he and a city committee looked at 20-some applicants from all over the country. In the end, it came down to Meling and a candidate from Texas.

“She really was head and shoulders above the competition,” Kukulski says, “not only in her experience and her experience specific to Billings, but just her attitude, her approach to successfully leading a team and a department. And so far, she’s been doing a really fantastic job.” 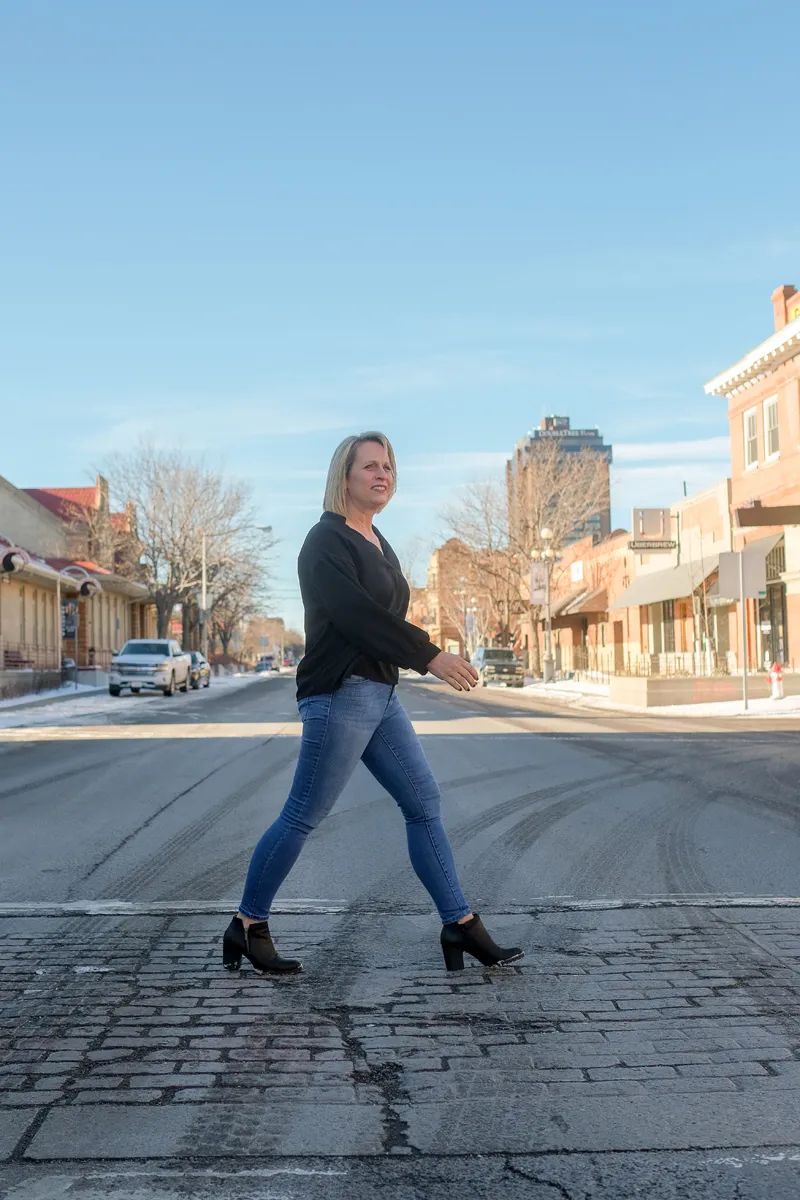 Although the Public Works Department is not directly involved in economic development, it paves the way for it, literally and figuratively, providing all the infrastructure—roads, bridges, water lines and trash and sewer services—without which economic development is impossible.

As such, the biggest task facing Meling is shepherding a new water-treatment plant to completion over the next several years. Originally budgeted at $140 million, the new water plant will be located south of the Shiloh Conservation Area along Hesper Road near King Avenue West, with a groundbreaking scheduled for this summer.

“Water is the key to everything,” Meling says. Rapidly growing Bozeman is expected to exhaust its water rights in the next 10 to 15 years, while Billings has enough water rights to support a city of 450,000 people. But the city of Billings needs a new plant to increase production for an expanding population, and to draw water from more than just one source on the Yellowstone River, as it does now, to prevent a crisis if something were to jeopardize that source.

“Having good, relatively low-cost water—I don’t know how a city would grow and expand and be healthy if you didn’t have that,” Meling says. “It’s pretty essential.”

The new plant is likely to have an even greater impact on the quality of life in the Billings area because plans call for creating two reservoirs encompassing 160 acres of water surface, with a depth of up to 22 feet. Lake Elmo in the Heights, by contrast, covers about 120 acres to a depth of eight feet. The city hopes a combination of public and private funds can be used to develop recreational amenities around the new water plant—including fishing, swimming, picnicking and non-motorized boating.

“If we have the blank canvas there,” Meling says, referring to the reservoirs, “then the community can add what they want to it.” 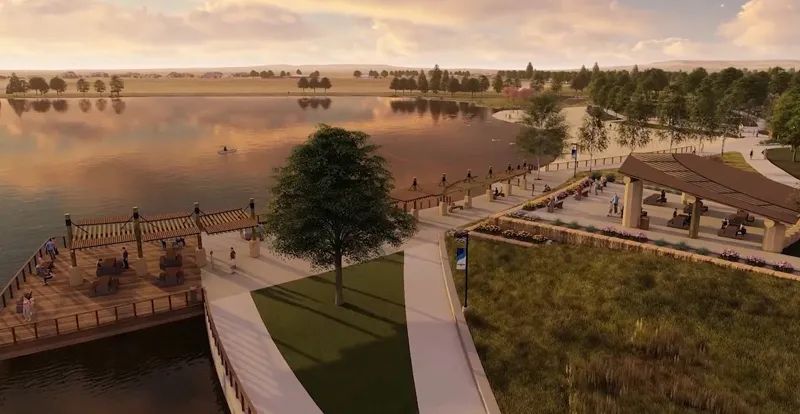 Meling has witnessed growth in more than one booming city. A native of Kalispell, she earned an engineering degree from Montana State University in Bozeman and then worked with her husband, Todd, also an engineer, at the Hanford Site, a decommissioned nuclear production complex in Washington state. Then, still employed by the same international consulting firm, she worked in Boise for a couple of years before spending another two years with the city of Boise’s water utility.

When her husband took a job in Billings in 2000, Meling was hired by the Montana Power Co., and then by the engineering firm Morrison-Maierle, consulting on water- and sewer-related projects. She left that job to become the city engineer 16 years ago and took over as department director in December 2020.

Meling, 50, is the first Public Works director in the history of Billings, and when she earned her engineering degree from MSU, women were relatively scarce in the profession.

“There are still people who are more comfortable working with men in this field, and that’s OK,” she says. “I’m not out to change every single person. … I learned early on that I could fight it or learn to work with it, and that’s kind of where I went.”

Ultimately, she says, that fact that she is the first woman in her position shouldn’t matter much. “I kind of hope we’ve reached the point where it’s not a milestone,” she says. “I think it’s great if nobody notices. That means we’ve really come to where we need to be.”

Meling now oversees 265 employees and infrastructure valued at $6 billion. No other department comes close to Public Works in terms of investment. Over the next five years, the city is scheduled to spend just shy of $548 million on capital improvement projects. Public Works alone accounts for nearly $364 million of that total.

And as Meling says, those projects are crucial for economic development. Since taking over as director, one big development Meling played a role in involves a new Coca-Cola bottling plant off South Frontage Road near the Harley-Davidson dealership. The plant will require huge amounts of water, and the land on which it will sit was not within city limits.

But Coca-Cola agreed to have the land annexed into the city, and the city agreed to run water and sewer lines—which now dead-end at Elysian School nearly a mile away—out to the plant. City Administrator Kukulski said the new water and sewer lines will open up another 60 acres of raw ground to additional commercial development.

Even more mundane projects that are scheduled, like major upgrades to 32nd Street West and Mullowney Lane, are vital to continuing development, Meling says.

“We’re always looking for how to take our community to the next level,” she says. “We’re at that point where we’re a city now. We’re not a town, and so we have city problems. So, we have to find better ways to do what we do and make it still affordable to live here.” 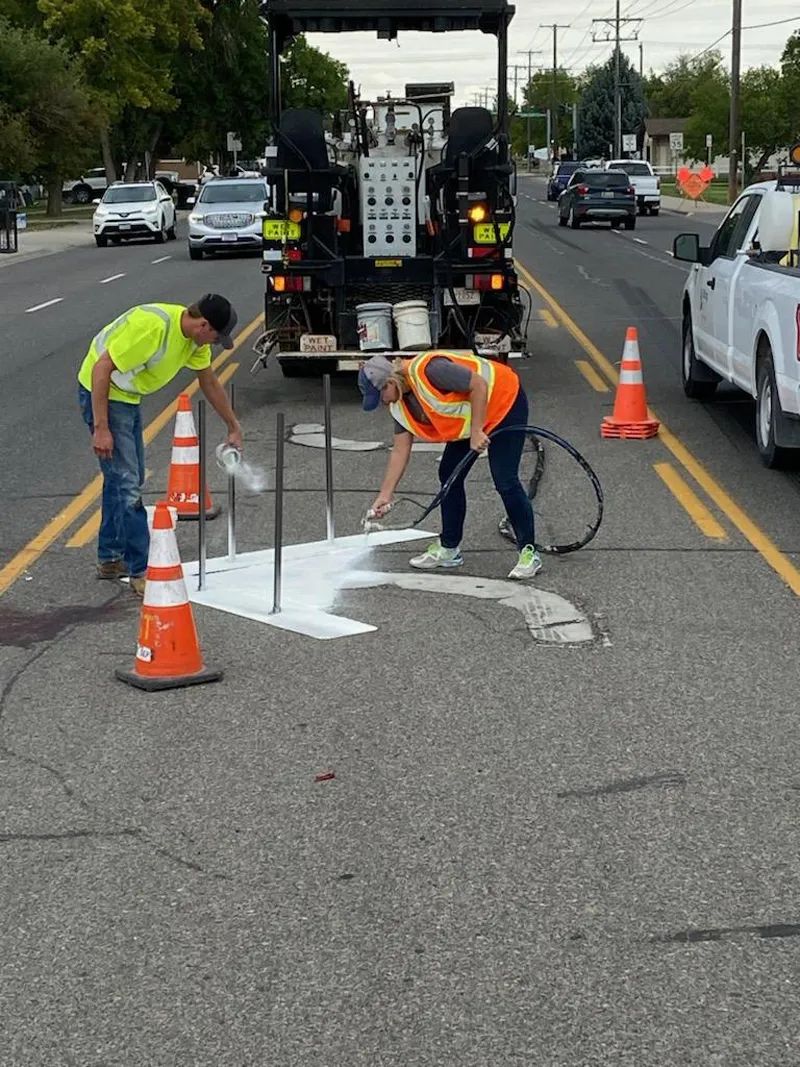 As part of her new job, Meling has gone out at least a dozen times with snowplow, garbage and other crews to get a firsthand look at the operations she oversees.

“Those have been fun days,” she says. “On a Saturday I went out with a rear-load crew and threw trash. I mean, I rode on the back of the truck and threw trash all day. It was eye-opening, what they do all day.

“To be out there and get a sense of what people in our group do every day: I don’t know how to manage any other way. How do you make a decision if you don’t have a clue what people do?”

Taking a step in suicide prevention

On top of everything else she does, Debi Meling continues to be heavily involved in SAM’s Run, an annual event that focuses on suicide prevention and mental health awareness.

The event was started in 2016, a year after Meling’s 13-year-old son, Sam, who was one on the cross-country team at the Laurel Middle School, took his own life in 2015. SAM’s Run (SAM stands for Suicide prevention and Awareness of Mental health) is co-sponsored by Step In (www.stepin406.com) and the Sam Meling Memorial Foundation.

Debi Meling lives in Laurel with her husband, Todd, and their daughter, Lucy, a sophomore at Billings Central Catholic High School.

To watch a video about the plant and potential recreational opportunities at the adjoining reservoirs, go to https://vimeo.com/419102288