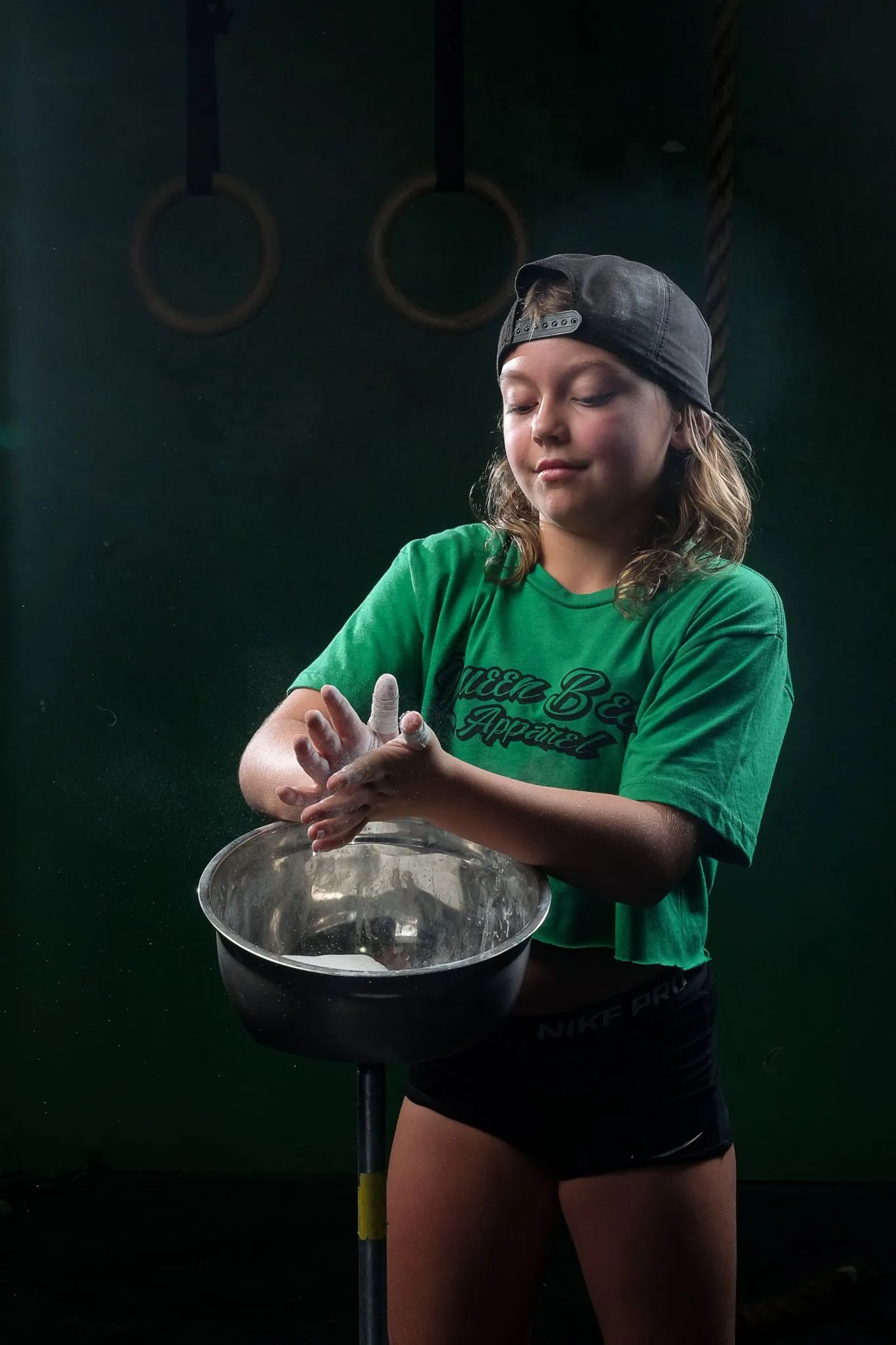 The Buzz Around Queen Beezy

There’s a look of sheer determination as 9-year-old Brooklynn Sittner tries to nail a 55-pound snatch. As she lifts the barbell and drops into a deep squat, the weight falls in front of her. She attempts a second and third lift. The fourth time, she walks away shaking her head with a look of disgust. After the fifth stint, the weight drops as she jumps and punches the air. She lets out a deep growl in the sixth attempt, venting her frustration. The seventh time, as she drops into a full squat, the weight hovers above her head. You can hear her coach scream, “You’ve got it!” Her face shows pure grit as she flexes her back muscles to drive the weight up as she stands. Her eyes widen. She knows she’s going to land it. Once the barbell returns to the gym floor, this pint-sized power jumps, pumps her fist in pure joy and runs to hug Coach Wes Staton, owner of Yellowstone CrossFit. It’s hard to fathom that at 9 years old, Brooklynn already knows firsthand, in order to truly taste victory, you have to fail more than a few times first.

If you’re scratching your head wondering how a 9-year-old becomes active in weightlifting and CrossFit, that’s not even the most surprising part of her story. Her CrossFit videos on Youtube have had thousands of views. She’s been called a “baby beast” by pure strangers. She’s not known as Brooklynn to her “fans,” instead she’s goes by the handle Queen_Beezy13 on Instagram and has racked up close to 24,000 followers on the social media site. She’s already endorsed quite a few fitness products and one fitness wear company based in Miami even designed custom “Queen Beezy” leggings adorned with flames, grenades and skulls to help support her competitive travels. 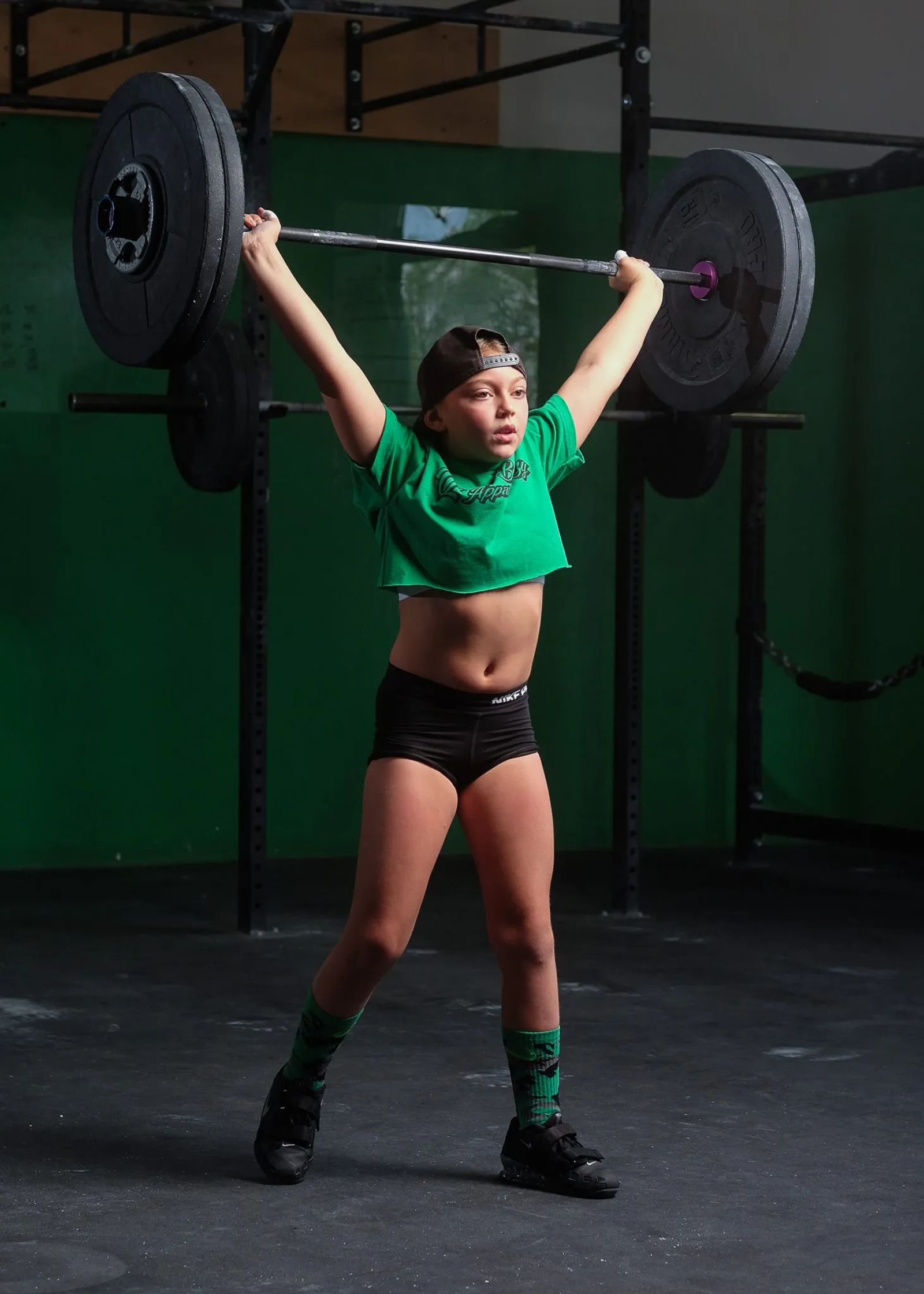 “When you truly love something and your heart is set on fire for it, that’s what fuels you every day,” her mom Shanae Anthony says as she reflects on her daughter’s big dreams and ambitions. She adds, “She just has a natural fire about her.” While other kids Brooklynn’s age are busy hitting the soccer field, taking to the baseball diamond or spending time playing video games, Brooklynn Sittner is dreaming of the day when she can hit a national stage. Every day is one more day of blood, sweat and tears to get her there.

“I want to make it to the CrossFit games when I’m 14 years old,” Brooklynn will tell you. These are the same games televised each July on ESPN where 43 athletes gather to share in the rigors of intense exercise to walk away on the top of the leaderboard. Brooklynn smiles and says, “The CrossFit Games decide who can be called the fittest person in the world.” You have to be at least 14 to compete. 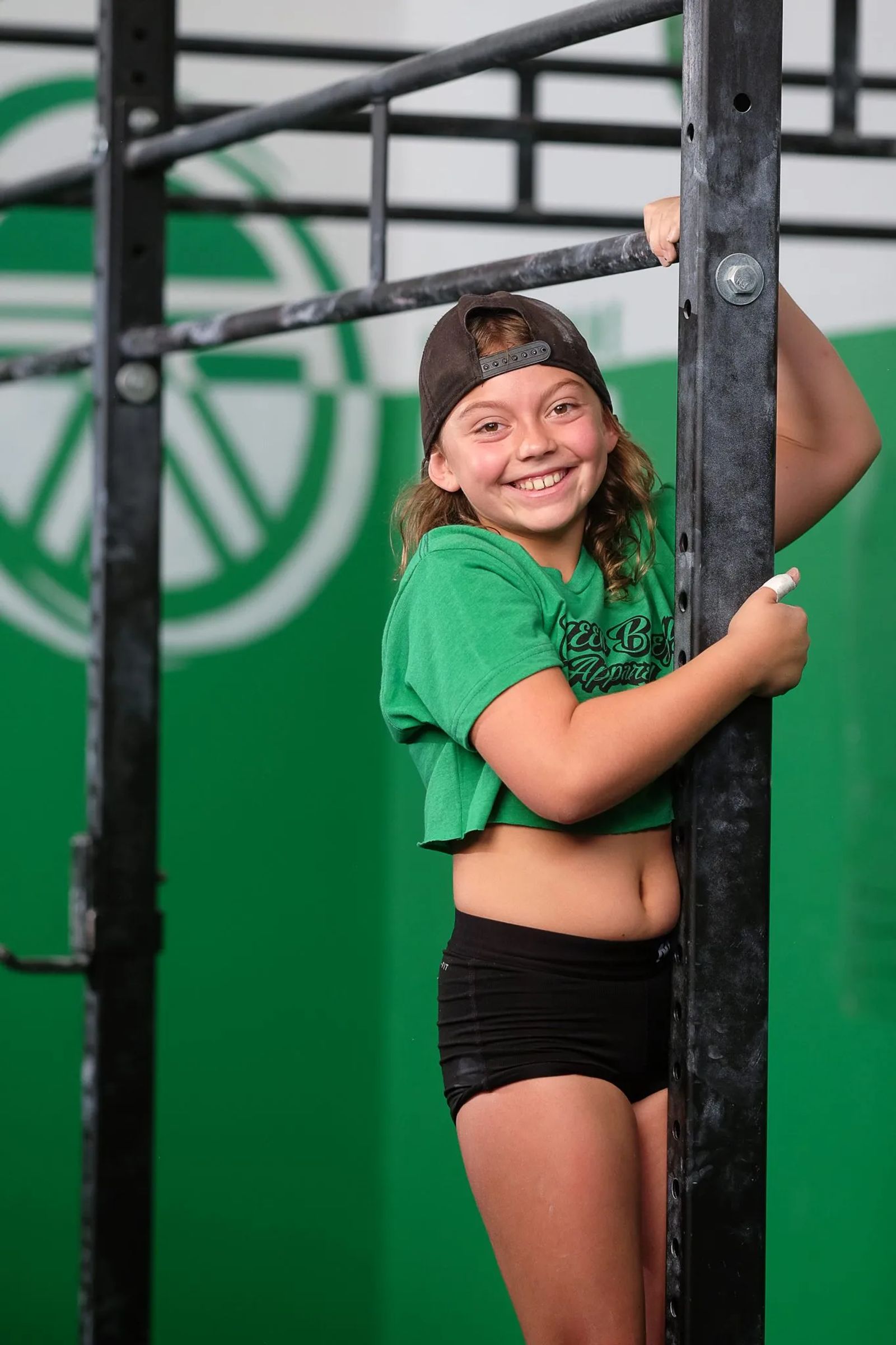 So how does a 9-year-old girl gain so much traction and turn so many heads in the fitness world?

“I can tell you exactly when it happened,” says her coach Wes Staton. He says every year in preparation for the CrossFit Open, which is the first stage in getting to the CrossFit Games, they release a handful of workouts. Athletes have three days to complete them. Wes says, “You are competing for 20 spots in our division which is Alaska, Washington, Idaho, Oregon, Montana and Wyoming. Twenty spots for the 20 fittest people to go to a tournament in Seattle to throw down against the 20 fittest people from all of Western Canada.” The top five in that tourney head straight to the CrossFit Games. Two years ago, Wes says, the first movement of the workout was a muscle up, an exercise that requires you to take yourself from below a set of rings or bar to above it in a fluid motion. It requires a tremendous amount of strength and coordination. “There were a lot of grown women complaining that they couldn’t do a muscle up and so their score would be 0,” Wes says, spelling out how some women felt they would be indirectly aced out of the games. As a kind of comeback, those with the games reposted one of Yellowstone CrossFit’s videos showing ‘Queen Beezy’ doing this very exercise.

“She did the muscle up, finishes, looks at the camera and smiles!” Wes says. “So they titled the video ‘Big Girls Don’t Cry.’ It was awesome. I was literally sitting watching a movie with my wife on a Sunday night and my phone was blowing up.” 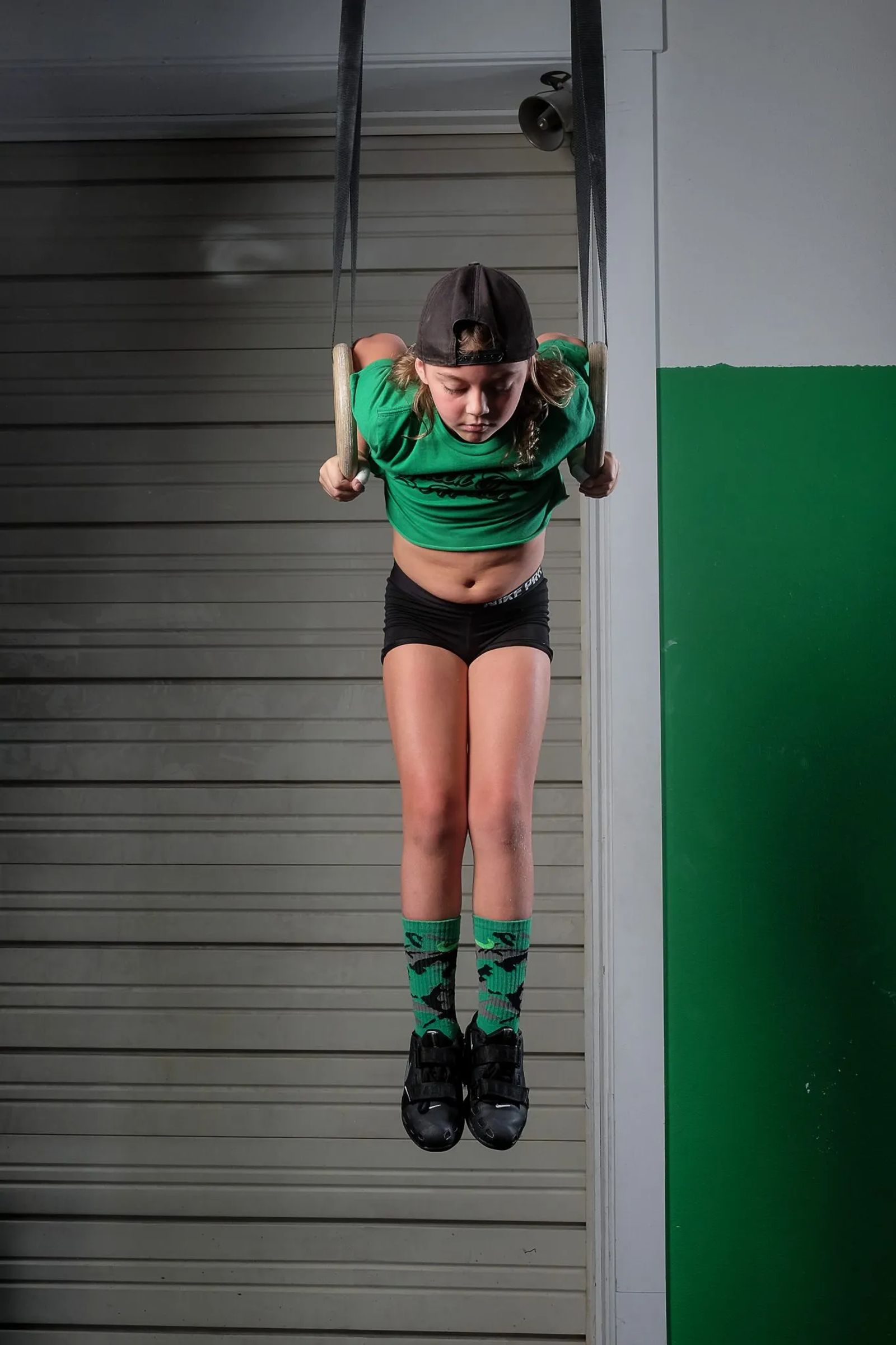 From there came a steady stream of fans. Brooklynn has come to take it all in stride.

“It just pushes me to work harder every single day because I know they are out there watching and I don’t want to let them down,” she says.
Pushing it hard typically means a three to four-hour gym session each day. It’s not surprising since a passion for strength seems to be in her blood. Both her dad and mom are former personal trainers. Her mom competed in physique competitions. Her dad, Cory Sittner, was a collegiate and semi-professional Rugby player and former MMA fighter. Following their lead, Brooklynn has already learned a thing or two about pushing through the pain. She says when fatigue sets in, “Your mind is fighting against one more, but your body wants to do one more. It’s a mental game.” With a confident look on her face she adds, “My mental game is going to get stronger and that’s going to help me in life.” 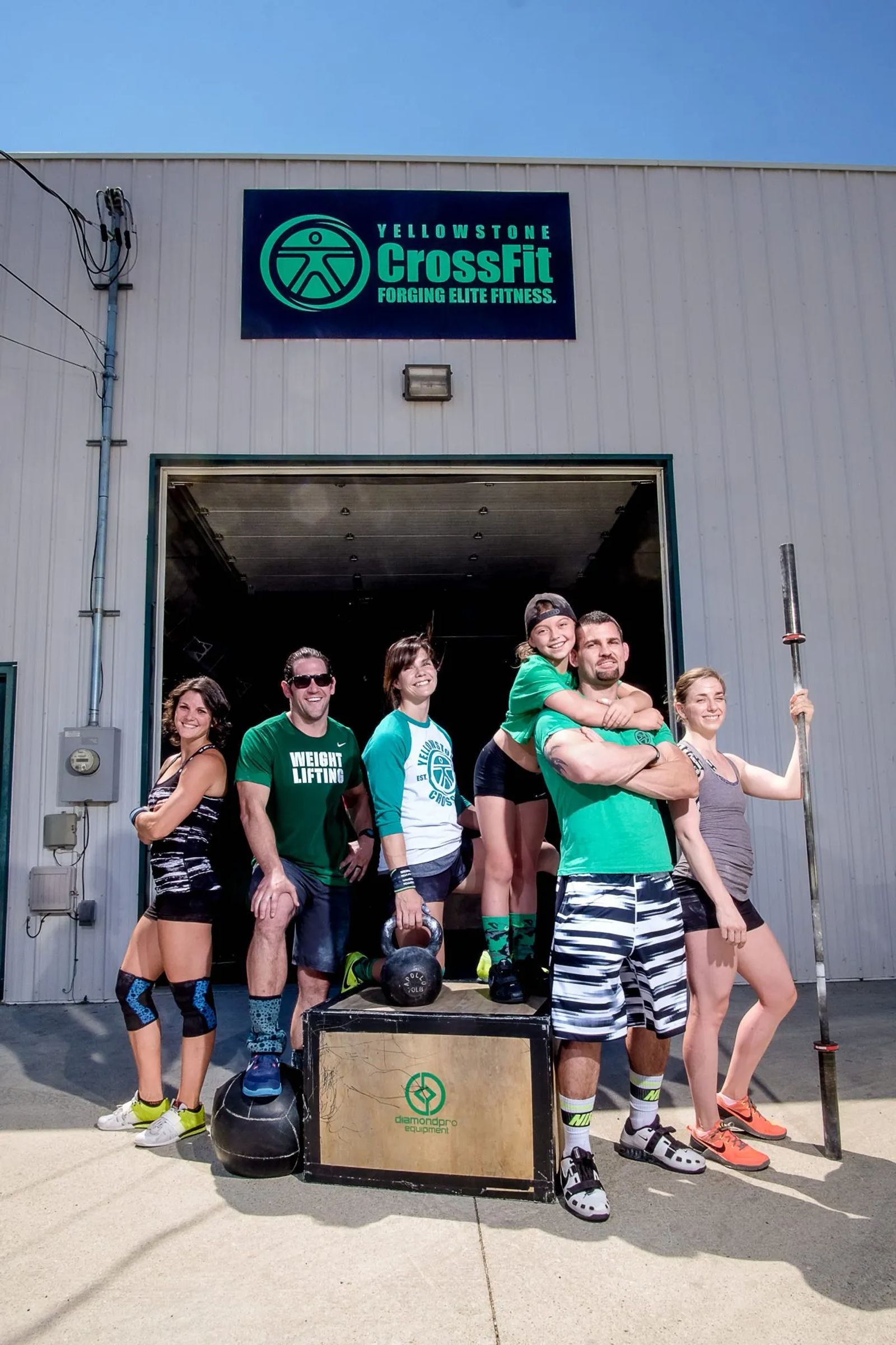 Just a few weeks ago, Brooklynn had a chance to put that mental game to the test on a national stage. In late June, Brooklynn hopped on a plane with her dad, her coach Wes, and her training buddy Trevor Craig bound for Austin, Texas to compete in the U.S. Weightlifting Youth National Championships.

“It was amazing. It was one of the best experiences that I have ever had,” Brooklynn says with a dreamy look on her face. “It was so cool being out there on the big stage and making it there. I just blew myself away,” she says with a laugh. “I told my dad, I can’t believe that Wes and Trevor came down to Texas to watch me do six lifts! I do six lifts in a day at the gym.” She competed in a field of 19 in the 39kg weight division. She was, by far, the youngest but landed in 10th place. Wes proudly says the field was full of 13-year-olds. He says, “These are some of the best 13-year-olds in the country. They aren’t just some 13-year-olds who wandered in off the street.” Brooklynn shares, “My total was 57kgs. You have to multiply that by 2.2 to get pounds.” She pauses trying to do the math in her head. “Yep, get the calculator out!” The total included a 23kg (50.6 pounds) snatch and a 34kg (74.8 pounds) clean and jerk. Google those exercises if you aren’t aware and you’ll be impressed that a 78-pound girl can pump that kind of iron.

One of the craziest things to happen in the competition, Wes says, wasn’t the weight Brooklynn lifted but the buzz that ‘Queen Beezy’ created. He says, “There are all these kids like Juliette Fane, who is an American record holder for the 16-year-old and under division. She saw her and recognized her, ‘Oh my gosh! Queen Beezy! It is so nice to meet you!’ We ran into a 16-year-old who qualified for the teen CrossFit games who needed to get her picture taken with her. Adults stopped her and said, ‘You are such an inspiration to my daughter.’ That was the biggest thing we heard, ‘You are such an inspiration. Keep it up.’” As Wes thinks back on that weekend he says, “It was pretty cool — the way she handles it with such grace for a 9-year-old.”

During the course of Brooklynn’s short bout with fame, Cory and Shanae have seen their share of critics. Some ask, ‘What kind of parent lets a 9-year-old weight lift?’ Cory, who isn’t just Brooklynn’s dad but her training partner, shrugs it off saying, “I think critics are a waste of energy.” As we sit, Brooklynn is working out in the background unfazed. She’s busy trying to nail one more clean and jerk before she calls it a day. “If it was me pushing her? She wouldn’t train as hard as she does. She wouldn’t want to do this day in and day out. She does it because she loves it. It’s in her heart.”
With each extra push Brooklynn gives herself, Cory shares the life lesson, “At the end of the day, if you don’t believe you can do it, you won’t. I have always taught her dream as big as you can. Don’t hold anything back.” Brooklynn takes a break to join in the conversation. She looks at her dad with a big smile and says, “We’re best friends. My dad always tells me to believe in myself, no matter what I do.” 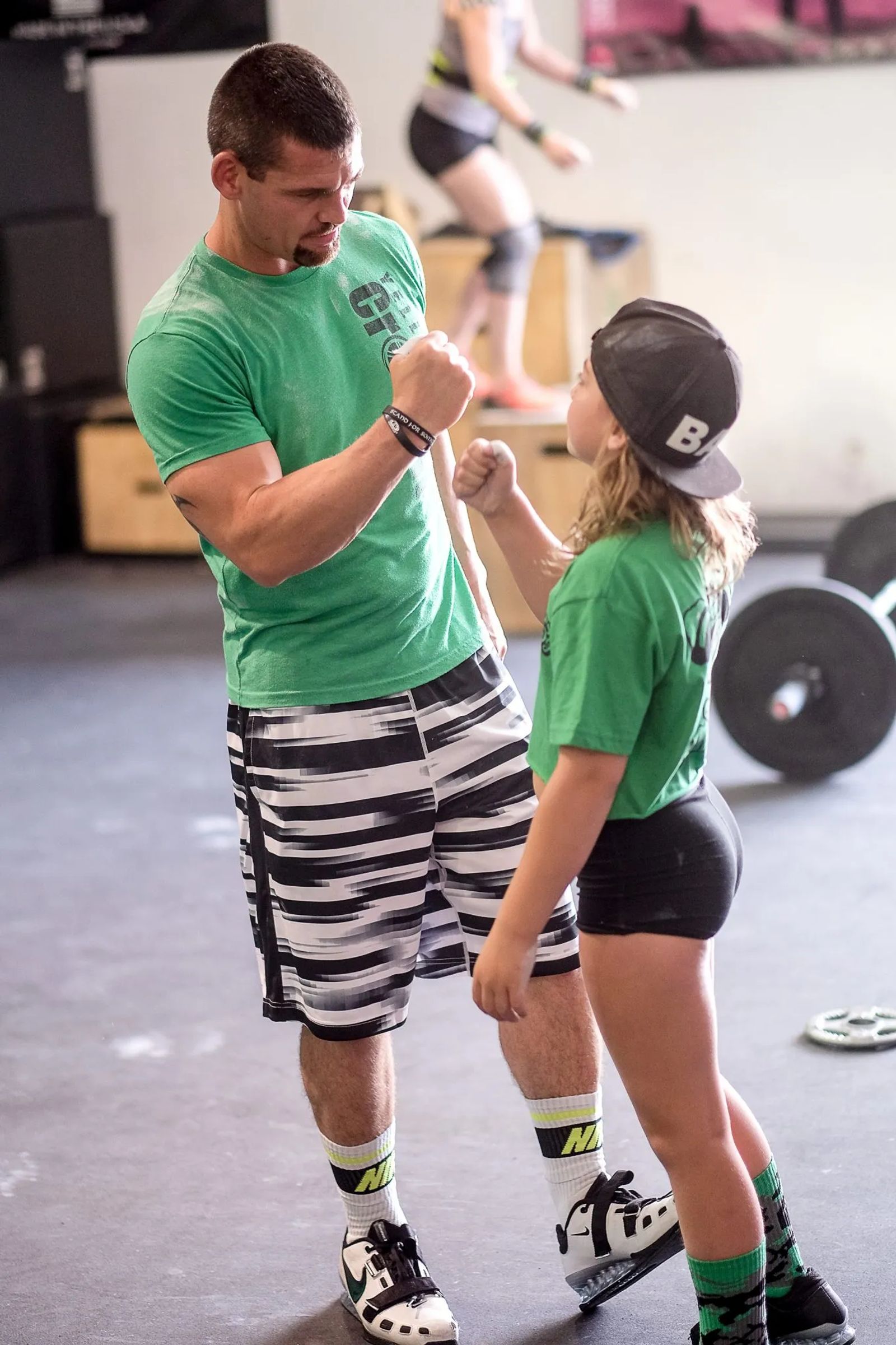 That’s why in the coming months, there will be personal bests to create and more crushing workouts to conquer. ‘Queen Beezy’ was already invited to Wodapalooza next January, a fitness competition that draws 1500 athletes and more than 20,000 spectators to the beaches of Miami. And, of course, there’s always that long distance eye on the CrossFit games when she turns 14. Brooklynn simply says, “I have five years.” As she looks in front of her at the equipment at Yellowstone CrossFit, she says with an air of intense confidence, “If I just keep working hard, I am going to like my chances.”