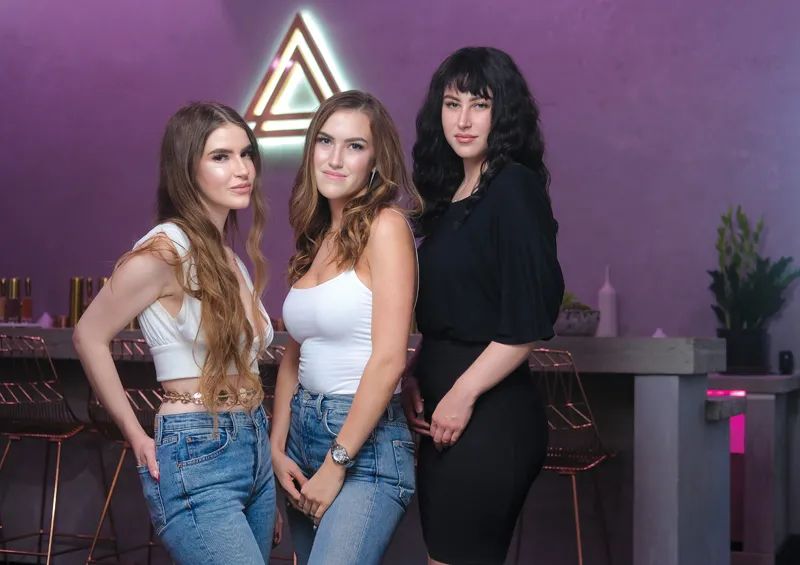 Sisters Katie, AshIey and Allison Klaus believe in healthy living. They talk the talk and walk the walk every day while serving delicious vegan fare and kombucha at their downtown restaurant. The Grotto Kombucha Taproom and Eatery, located on Montana Avenue, is, according to the trio, the "first and only 100 percent organic, gluten-free, dairy-free and entirely vegan eatery in Montana."

The idea blossomed four years ago when Katie and Ashley decided to bring kombucha to the Billings market. "We wanted something that would be viable here," Katie says. "And, that would be a good fit for Billings," adds Ashley.

Armed with their entrepreneurial spirit, blessings from close-knit family and the foresight of knowing what The Grotto would look and feel like, they ventured out to obtain financial backing. However, there seemed to be one roadblock hindering their progress. 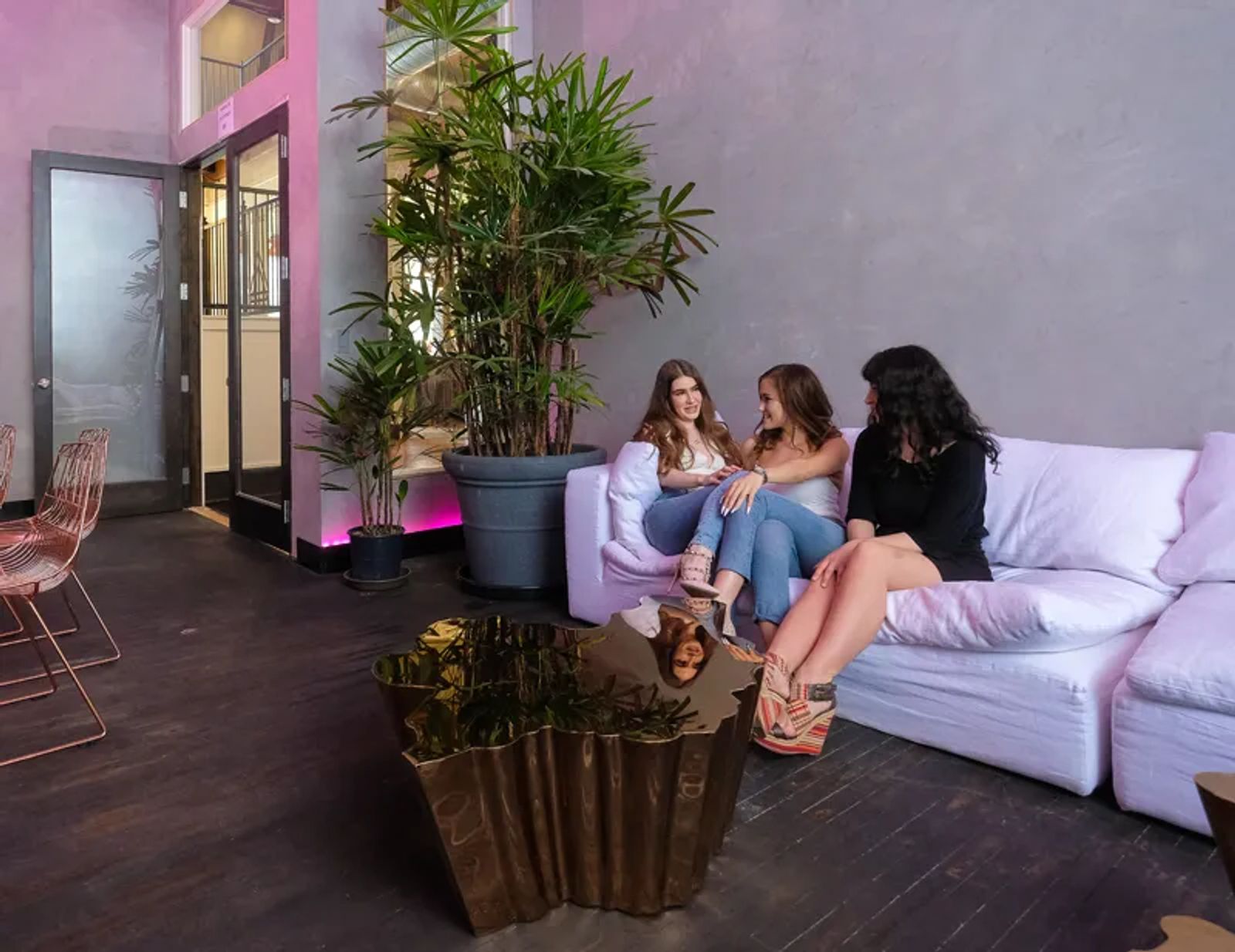 The biggest challenge for these professional 20-somethings wasn't securing the product. They had already done their homework. "Our business plan was to use lots of different sources for kombucha and then we found a Maui-based kombucha," Ashley says. "I told Katie we had to go to Maui (Hawaiian Island) to get the best kombucha.”

"It was the best work trip ever!" Katie says.

That island trip produced a relationship between the owners of the Valley Isle Kombucha brewery and The Grotto. “They've helped mentor and prepare us,” Ashley says.

Prepared with the perfect product to serve the Billings community, along with the exclusivity to use it, these energetic millennials still faced a big challenge — finding a space to lease. "When we approached people for leases, they were leery," Ashley says. "They didn't understand the product." 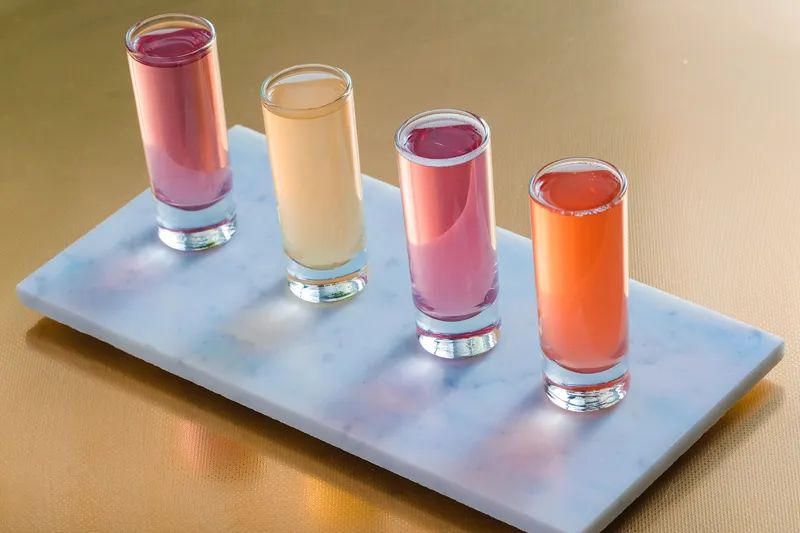 Even though kombucha has been around for a couple thousand years, it's become more popular across the country in recent years. If you have yet to relish the satisfying taste of kombucha, you're in for a delightful surprise. This fermented beverage made from sweetened black or green tea comes in a variety of flavors and can be rich in probiotics (healthy gut bacteria). It has the reputation of being a health and energy drink known to improve digestive health.

The Klaus sisters recognized its digestive benefits when battling severe food sensitivities most of their young lives. "Our paternal grandma was allergic to everything," Katie says. With that family legacy, perhaps it’s no surprise that Katie's sister Allison can't eat most meats, especially pork. Allison found this out several years ago after undergoing a severe kidney infection not once but twice.

"I was receiving a lot of antibiotics for the infection and I would get bad reactions because many antibiotics include pork by-products," Allison says. Among other foods, all tree nuts are totally gone from her diet.

Katie and Ashley's food issues aren't too dissimilar from Allison's, yet, their intolerances seem to "line up" with each other's. Gluten (the protein found in grains, like wheat) and cheese are most likely to affect their health. Migraine headaches often resulted when they ate those types of foods.

"When I drank whey protein shakes when weight-lifting, I would always get sick,” Katie says. “I felt better on plant-based vegan shakes." As for Ashley, she says that since she went gluten-free and vegan, "I'm not as sluggish and I have more energy. I have mild celiac disease so I'm careful." They've found kombucha helps with more than just digestion.

If you ask the three sisters, The Grotto was founded with a mission to share the world of organic, raw, sustainably and ethically produced kombucha. They believe drinking probiotics daily in the form of nutrient-rich kombucha improves mental clarity, focus, health and overall well-being by healing the gut. It was a mission they were eager to share.

Their personal health stories and knowledge of kombucha helped motivate the young women to persevere in finding the right space for their entrepreneurial venture.

After looking at a variety of places, Ashley says, "By chance we saw a picture online of the floor plan here." In meeting with a representative of Big Sky Economic Development Authority, the sisters were introduced to the Griffin family. Because of this connection, Ashley says, "The first people we showed our business plan to were the Griffins." 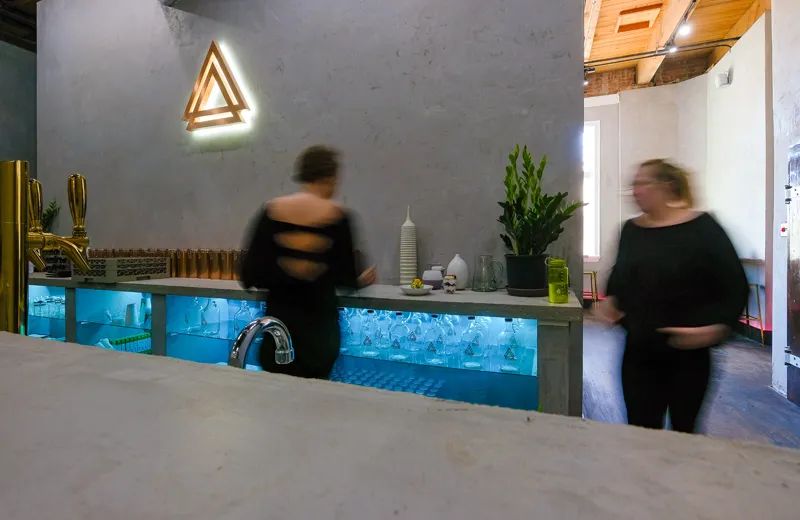 At that point, the business plan encompassed just the kombucha bar. The food aspect came in later as renovation developed. The sisters knew that any food they offered would have to be gluten-free and organic.

"Our family has always been food focused and we've liked our own cooking," Katie says. Most of the vegan offerings on the menu at The Grotto were conceived and created by Ashley, with recipes also introduced by Katie. Allison keeps busy as the main server to guests.

"We all do a bit of everything," Ashley says. "We focus on our strengths and we pull together."

The sisters work to buy their organic produce locally as much as possible. Due to using "a lot of exotic products like Thai basil, dragon fruit, star fruit and mango," they do outsource, as well.

Their signature food is young coconut. "This is a huge item here," Katie says. "Young coconut is most versatile," adds Ashley. "In our soups we use coconut butter and oil and we have coconut tortillas and chips." After noticing the "huge gap in the market" with a very limited number of places to go when you live on a restricted diet, they offer a full menu of exquisitely prepared fresh food. Each menu item at The Grotto can be customized to fit a customer’s needs. 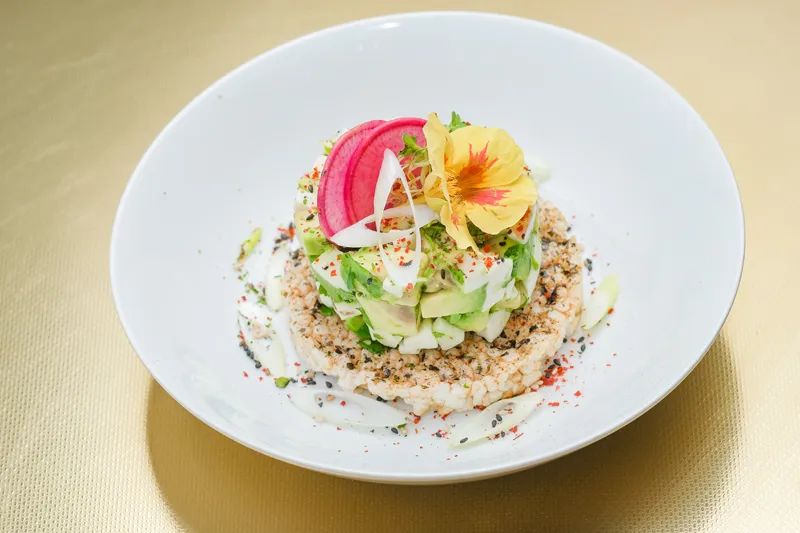 Comfortably housed in the Griffin Building (the old Sawyer building on the east end of Montana Avenue), The Grotto, since opening this past December, puts forward a "calming and relaxing environment" similar to a spa.

"It's holistic," says Ashley. "We want the music to be on the same wavelength. Our lighting is simple. There are plants. It's not complicated."

The look and feel of this downtown sanctuary has an urban vibe with minimalistic features. The 20-foot concrete kombucha bar with its 15 golden taps draws your attention. Tremendously high ceilings emphasize the soft lighting. A large sectional with white comfy cushions draws you into its comfort. 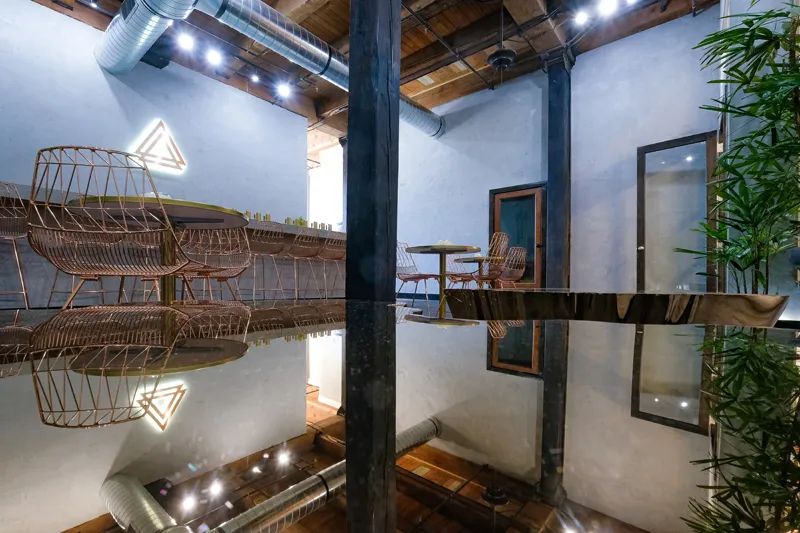 "Our family has been an essential component in all this," Ashley says.  "Our dad did all of the construction and made the concrete countertops and table tops while Mom designed our floor plan."

"We wanted the long bar," she continues, "not for a forced community but to start conversation with a stranger. It shouldn't be hard."

"We attract a wide range of people," adds Katie. "It's a social setting. It's for your health. You can be a minor as there's no alcohol. Everyone has a different reason to be here."

The kombucha taproom and dedicated vegan eatery has been "shockingly well-received," the sisters says.

"People have been waiting for this for years," Katie says. 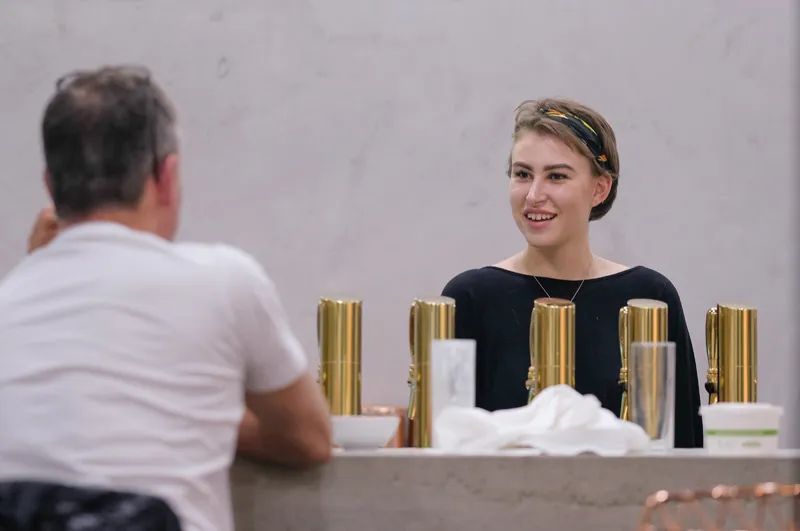 TAKE A TRIP TO THE GROTTO

The Grotto Kombucha Taproom and Eatery, located at 2223 Montana Avenue, offers 15 rotational flavors of Valley Isle Kombucha, a tea-based with the lowest amount of cane sugar the sisters could find.  Count on only two to four grams of sugar per serving. For more on the flavors, the menu or the taproom’s hours, visit www.thegrottomt.com