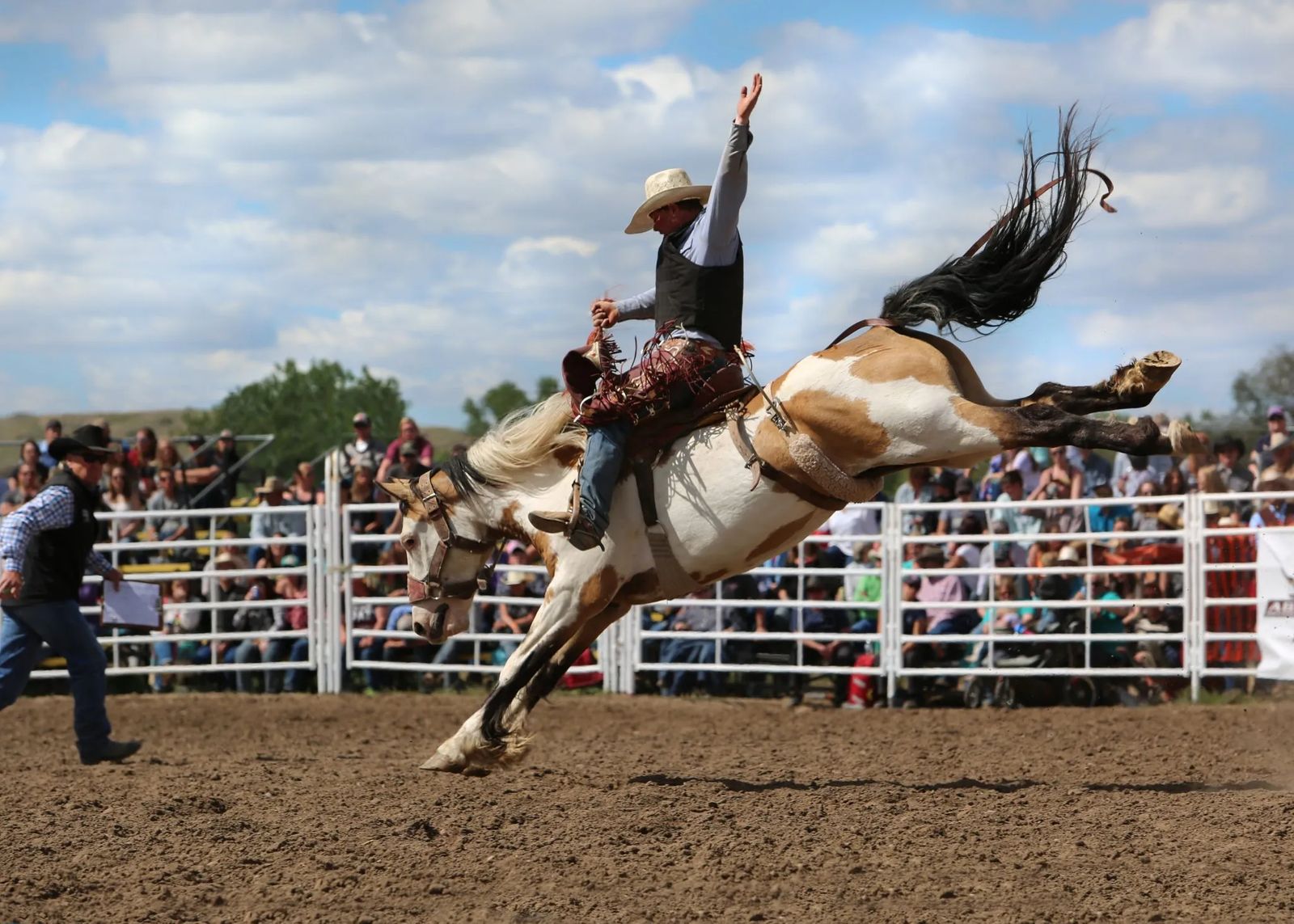 When the wild west takes over Miles City, Montana

The third weekend in May.

In Miles City, Montana, it’s an “official,” unofficial holiday weekend. Or week. Depending on how serious you are about commemorating the town’s signature event: the World Famous Bucking Horse Sale.

The days are packed with events and the grandstands and streets are packed with people. Miles City doubles in population for a few days to toast the cowboy or those who perhaps just want to be one. Authentic locals can easily spot someone who bought a hat merely for the weekend but welcome them anyway. Everyone is a friend – either old or new – that weekend.

The foundation of the event is still cowboys competing on bucking stock. But the Bucking Horse Sale has evolved over 68 years to become a cultural representation of the unique history that exemplifies all of Eastern Montana. 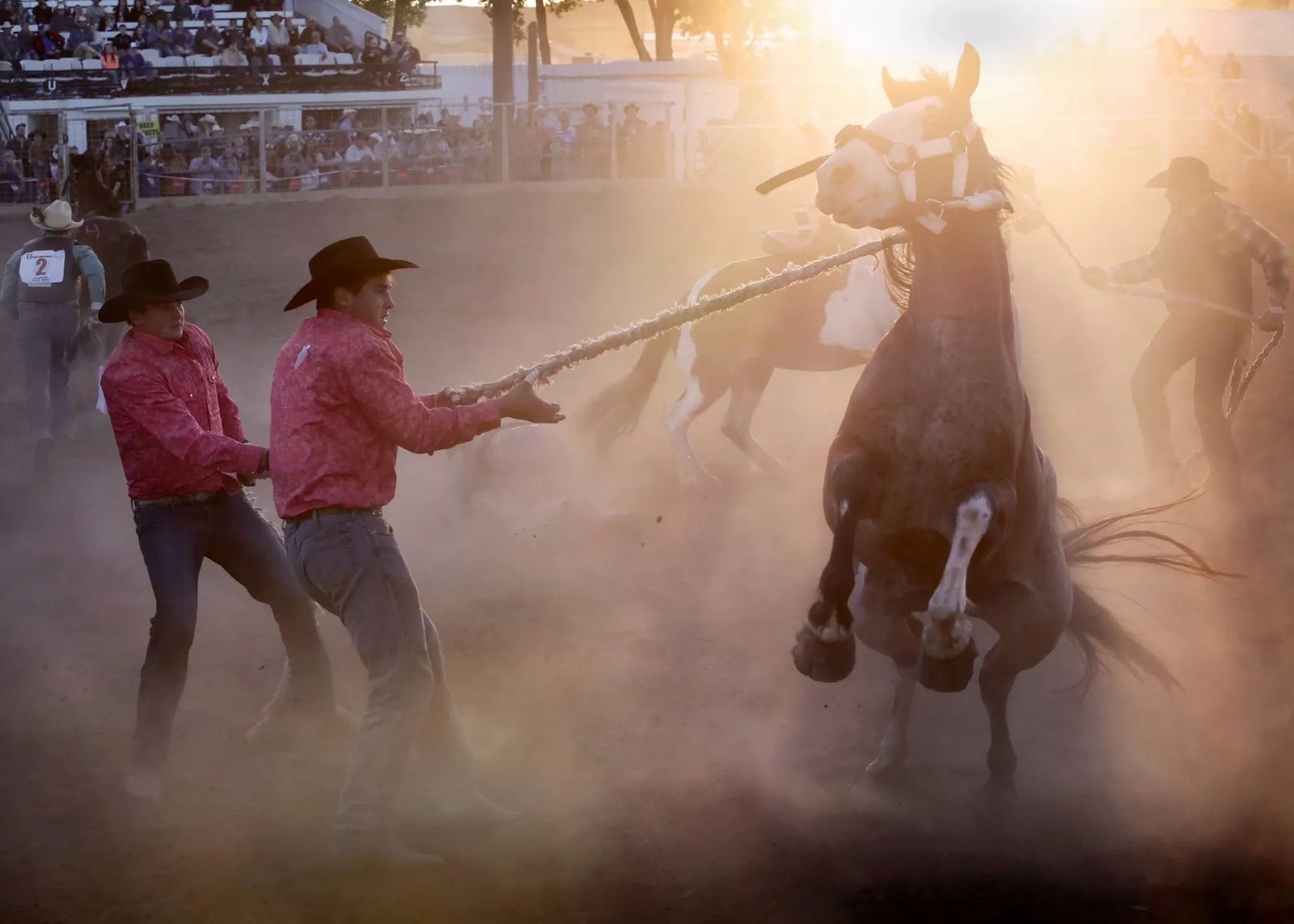 The origin of the first Bucking Horse Sale in 1950 came from a need, according to a local rancher, historian and author John Moore.

During the early 1900s and 1910s, Miles City was known as the “Horse Capital of the World,” because of both the quality and quantity of equine stock. World-renowned breeders raised large herds on the vast plains. Honyockers — as the cowboys derisively termed the homesteaders — all had teams of draft horses. Fort Keogh, which birthed the town of Miles City, became a remount station that supplied horses for the cavalry. Horses were more plentiful than wild game.

When the Dirty Thirties brought economic ruin and excruciating drought, most of the homesteaders packed up and left, disillusioned by land that was never meant to be farmed. Their horses were abandoned, turned loose to fend for themselves on what was still primarily open range. Horses “ran thicker than buffalo,” according to Moore, particularly in the wide-open rough country north of Miles City between the Yellowstone and Missouri rivers.

From 1926 to 1937 an outlet was found for the overabundance of equine that were too much for the drought-stricken prairies of sagebrush and dust. The Chappel Brothers Cannery in Chicago sold horse meat to Russia and hit a goldmine with the discovery of a glut of horseflesh in Miles City. Young men looking for adventure hired on to gather the herds of rogue horses, brand them for the CBC, and drive them to rail cars. Their part in this gritty adventure earned them a badge of honor they would wear for the rest of their lives: “He rode for the CBC.” 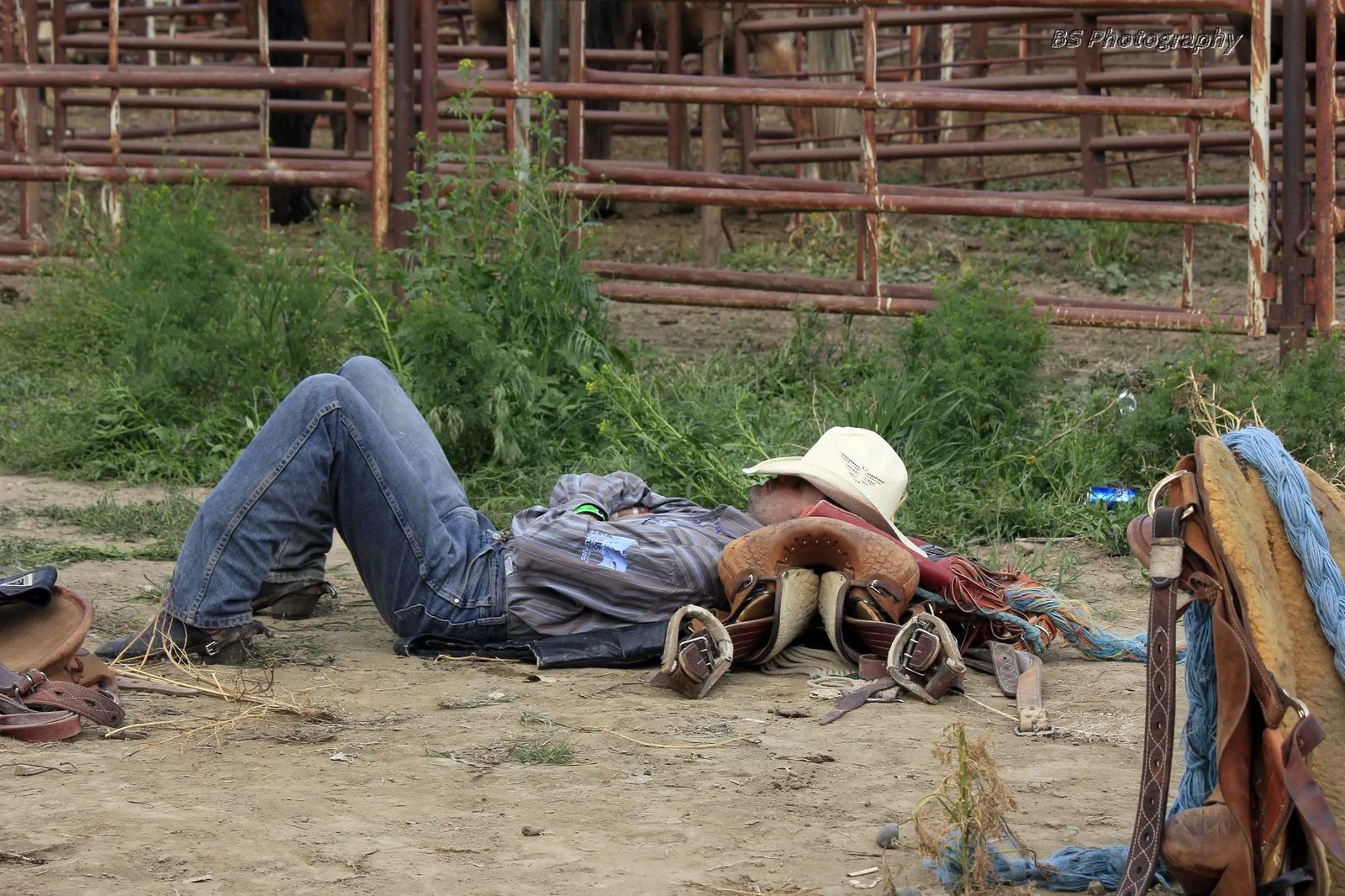 Coinciding with its strong horse culture, during the first half of the century, Miles City hosted the legendary Miles City Roundup. This spectacle produced national champions — both cowboys and bucking stock. The range and the rodeo cowboy were often one and the same, skilled and plentiful.

In 1950, two men— Les Boe, owner of the livestock sales yard, and his son-in-law Bob Pauley — became unwitting owners of 35 head of bucking horses. Not knowing what to do with them, the natural promoters recruited additional consignors and called up horse buyers and rodeo companies. Then, they had a rodeo and auction. In 1951, the two decided to make the event an annual affair and the Miles City Bucking Horse Sale was born.

During the 1950s and ’60s, the sale grew in scope. Each year hundreds of horses were “bucked out” and sold, allowing rodeo companies to evaluate and bid on valued additions to their rodeo strings. Horses often outnumbered cowboys, and “mount fees” of $5-$10 were paid to a cowboy to try to best a horse. It wasn’t unheard of for a cowboy to get on as many as 25 head a weekend, sometimes one after another, long after the crowds had gone home.

The 1960 sale saw the future U.S. Senator Ted Kennedy mount a bucking horse and ride almost five seconds while campaigning for his brother John F. Kennedy. Cowboy movie star Gene Autry owned a rodeo company and bought many horses out of the sale. In 1951, he personally paid Miles City a visit.

Year after year, rodeo greats and local legends took a turn in the arena as the sale steadfastly drew crowds and dispersed bucking horses, even as the horse slowly lost authority in the outside world. 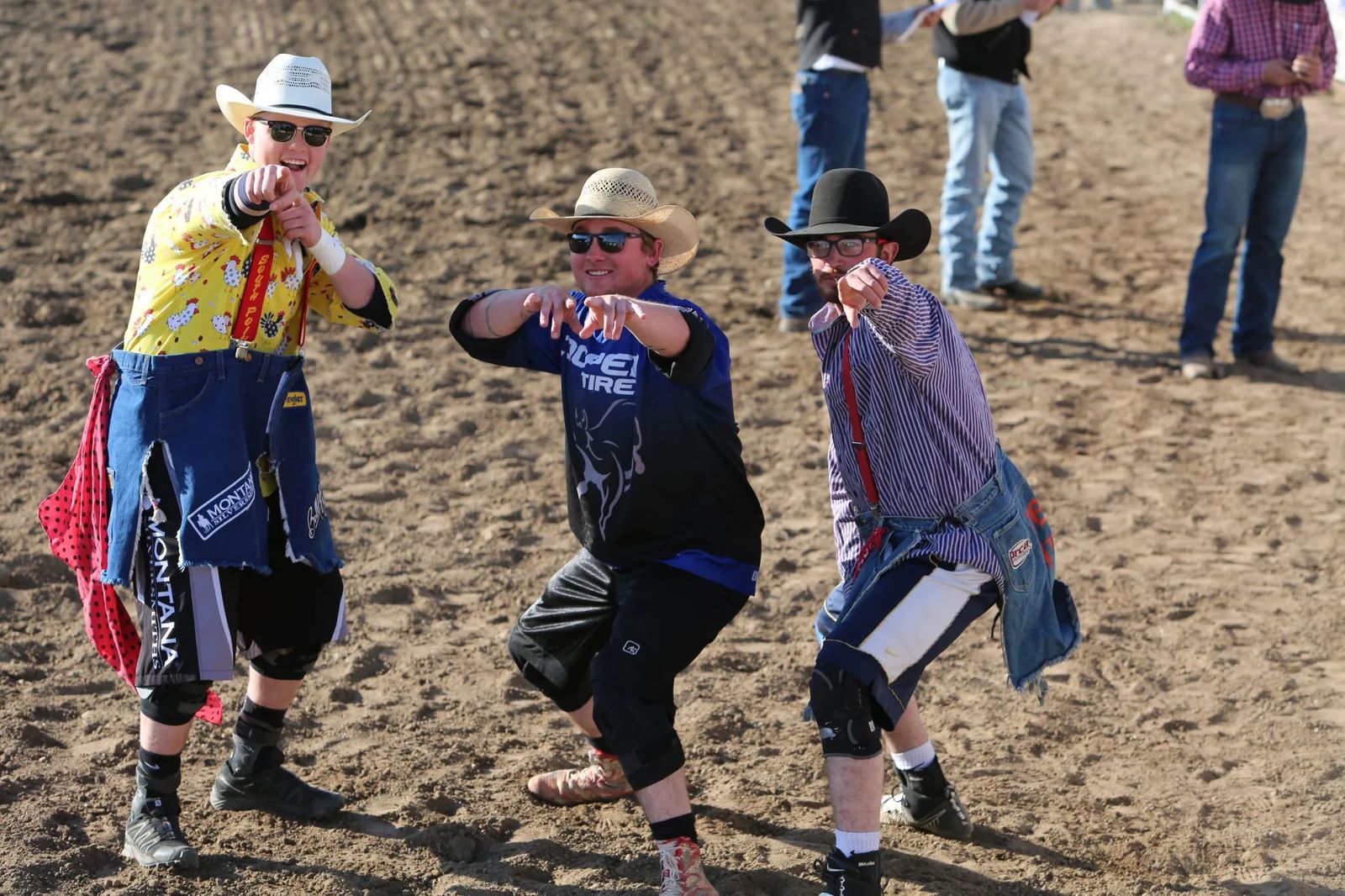 Changing with the times

Today the event continues to flourish, despite and because of the fact that it is less of a sale, and more of a celebration of tradition.

Ron Watts, owner of Watts Insurance in Miles City, has been on the Bucking Horse Sale board of governors for 21 years. He has witnessed the transition from strictly selling bucking horses, to a multi-faceted celebration of rodeo. As horse consignments dropped, the board recognized the need for adaptation to keep the event valid.

“A lot of the reason for existence is we’ve made some changes,” Watts says. 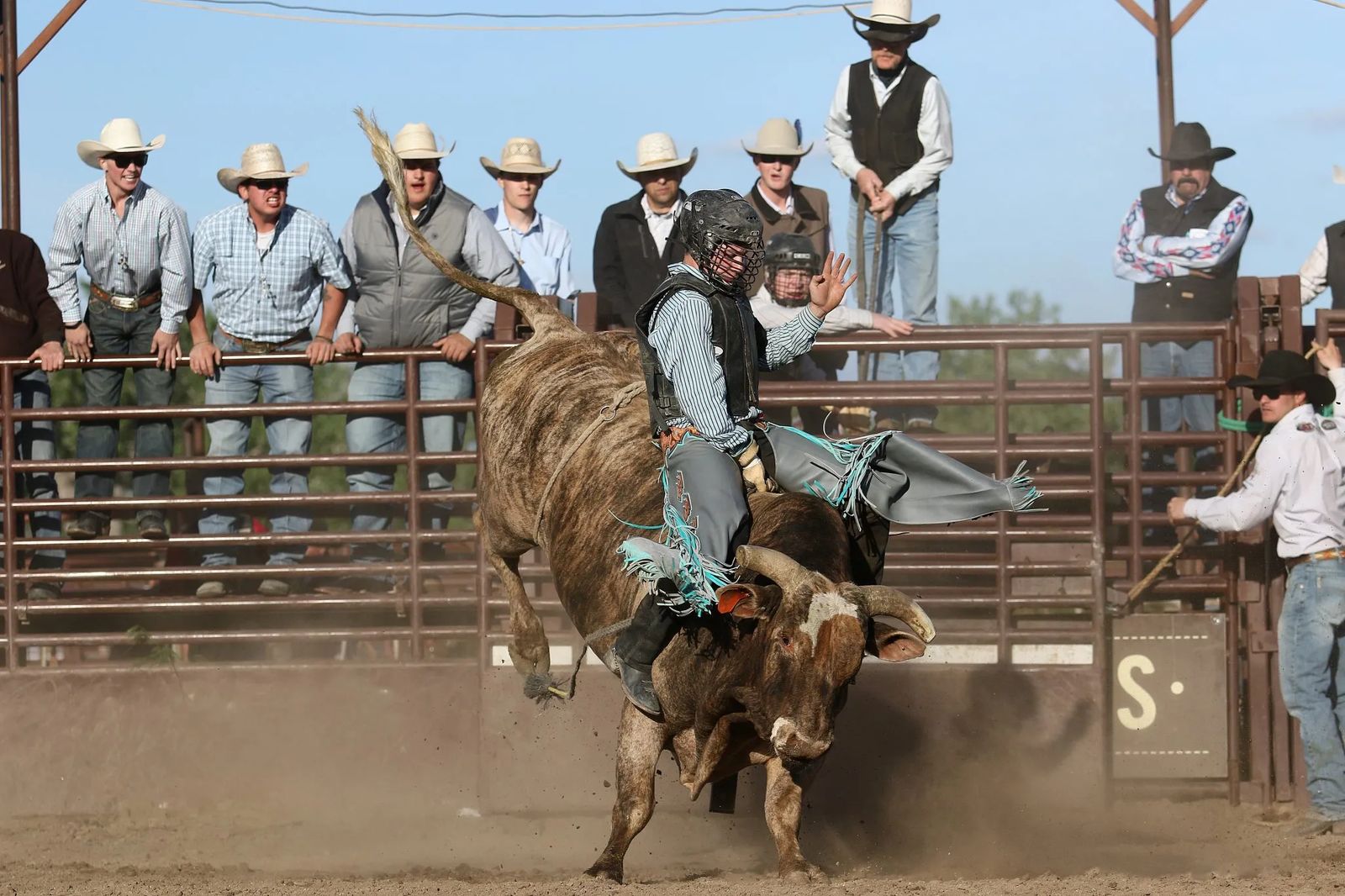 In particular, the Friday bucking bull sale and Sunday’s matched bronc ride fill up slots no longer populated by bucking horses, which are neither plentiful nor in demand at auction. Today most rodeo stock producers breed and raise their own bucking stock. The “extra” ranch horses of decades ago disappeared with the elimination of horse canneries in the U.S. Additionally, the board implemented a bucking horse futurity on Saturday — the only day that still includes a traditional sale.

“What’s really helped sustain the sale is its brand name,” says Watts. “It’s called the ‘world famous’ Bucking Horse Sale, and it truly is. Every year people from a variety of countries dot the stands.”

A host of other activities, complemented by the beauty of Montana in May, contribute to the staying power of the Bucking Horse Sale. 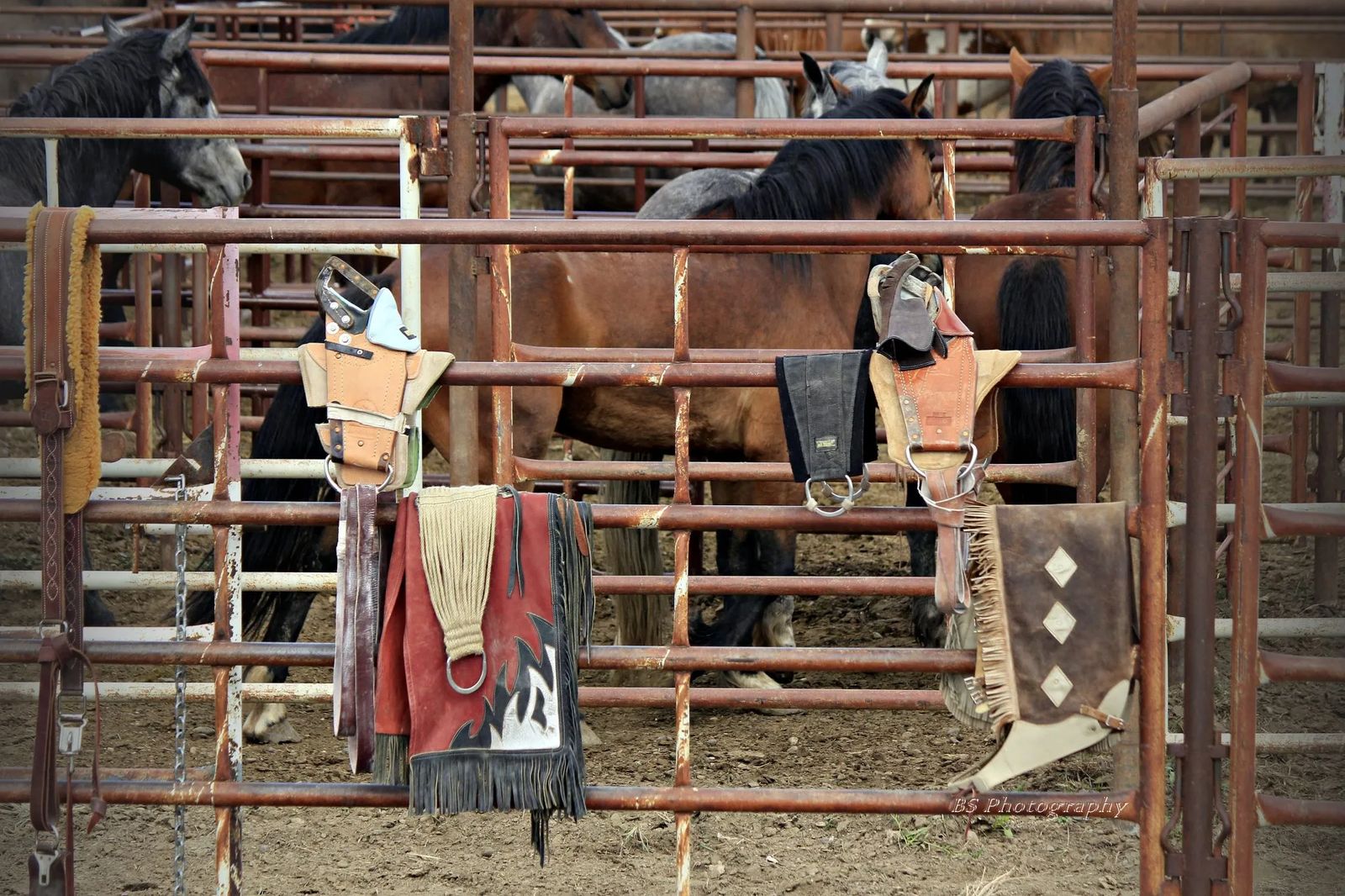 In typical festival mentality, the offshoots of events providing entertainment, filling a need or supporting a cause have grown over the years.

For decades, a major headliner concert has been held on Thursday night. Friday includes a trade show, the bucking bull sale and a ranch bronc ride at the fairgrounds, along with horse races and crowd favorites — the wild horse race and mutton bustin’ for kids. Main Street is blocked off and several bands set up along the strip for a street dance. Open containers are allowed inside the street-long “people corral,” which was implemented in the 1990s to prevent overcrowding in bars. 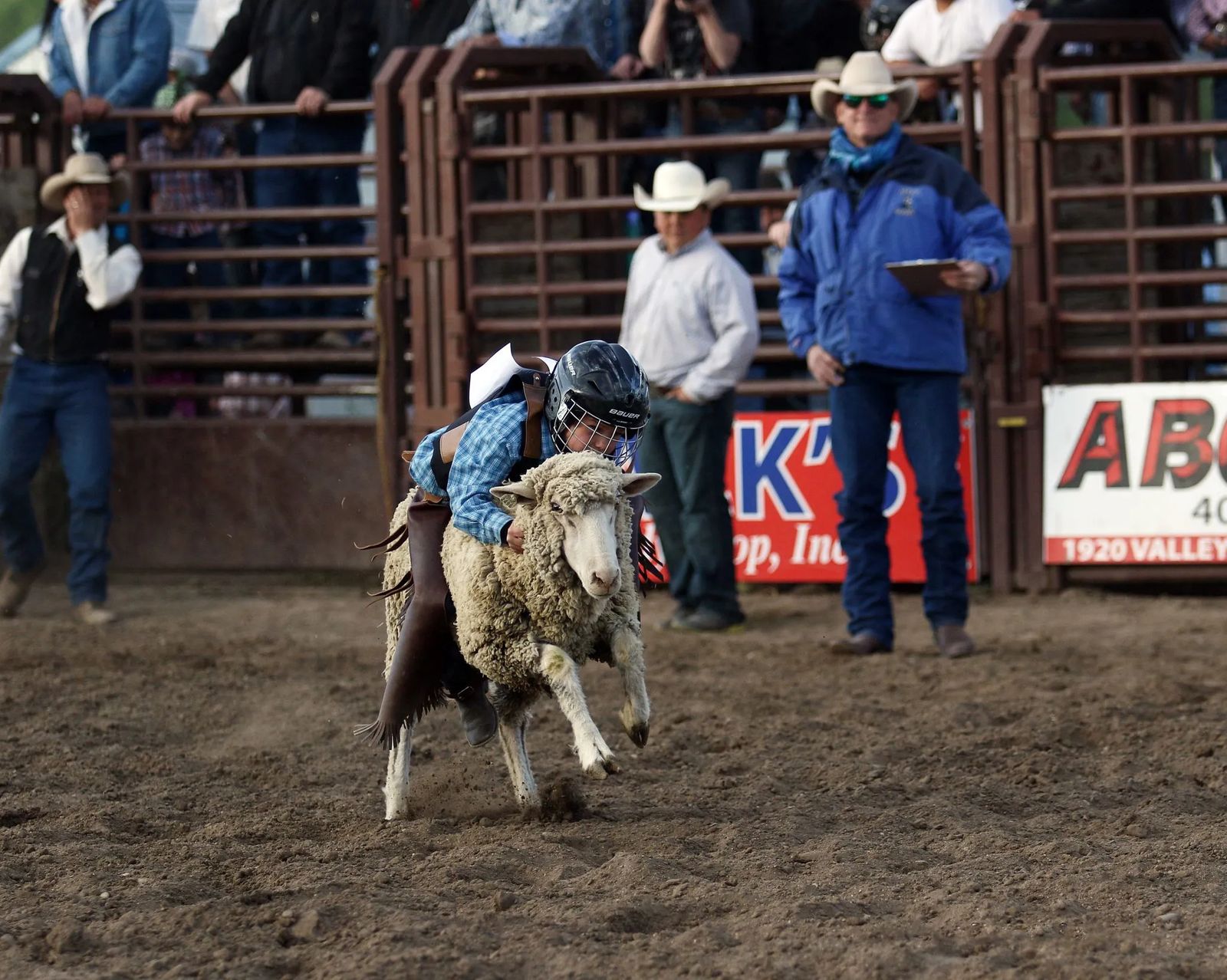 Saturday attendees start the revelry bright and early — some brighter and earlier than others — with the renowned Bucking Horse Sale parade. In a parade rarity, horse entries often outnumber motorized vehicles. Crowd favorites include the Miles City Caledonian Society bagpipe band and youth Highland Dancers, as well as the swashbuckling Lt. Col. George A. Custer leading the 7th Cavalry Drum and Bugle Corps. Devout fans follow both troops after the parade on an unsanctioned Main Street bar crawl, complete with “dueling” bagpipes and bugles, and a few instances of (otherwise strictly prohibited) dancing on the bar. When the late Jim Michels’ restored antique steam engine rumbles down the street, regulars know the parade is over and it’s time to head to Riverside Park for the WaterWorks Art Museum Quick Draw. An afternoon of bucking horses follows, with more horse racing and wild horse race excitement. The tough ones make it back downtown for another evening of street dancing and music.

Sunday has become a favorite for locals as the matched bronc ride draws world-class riders in a head-to-head contest on noted bucking stock, and the adrenaline of the wild horse race championship keeps fans in the stands until the very end. 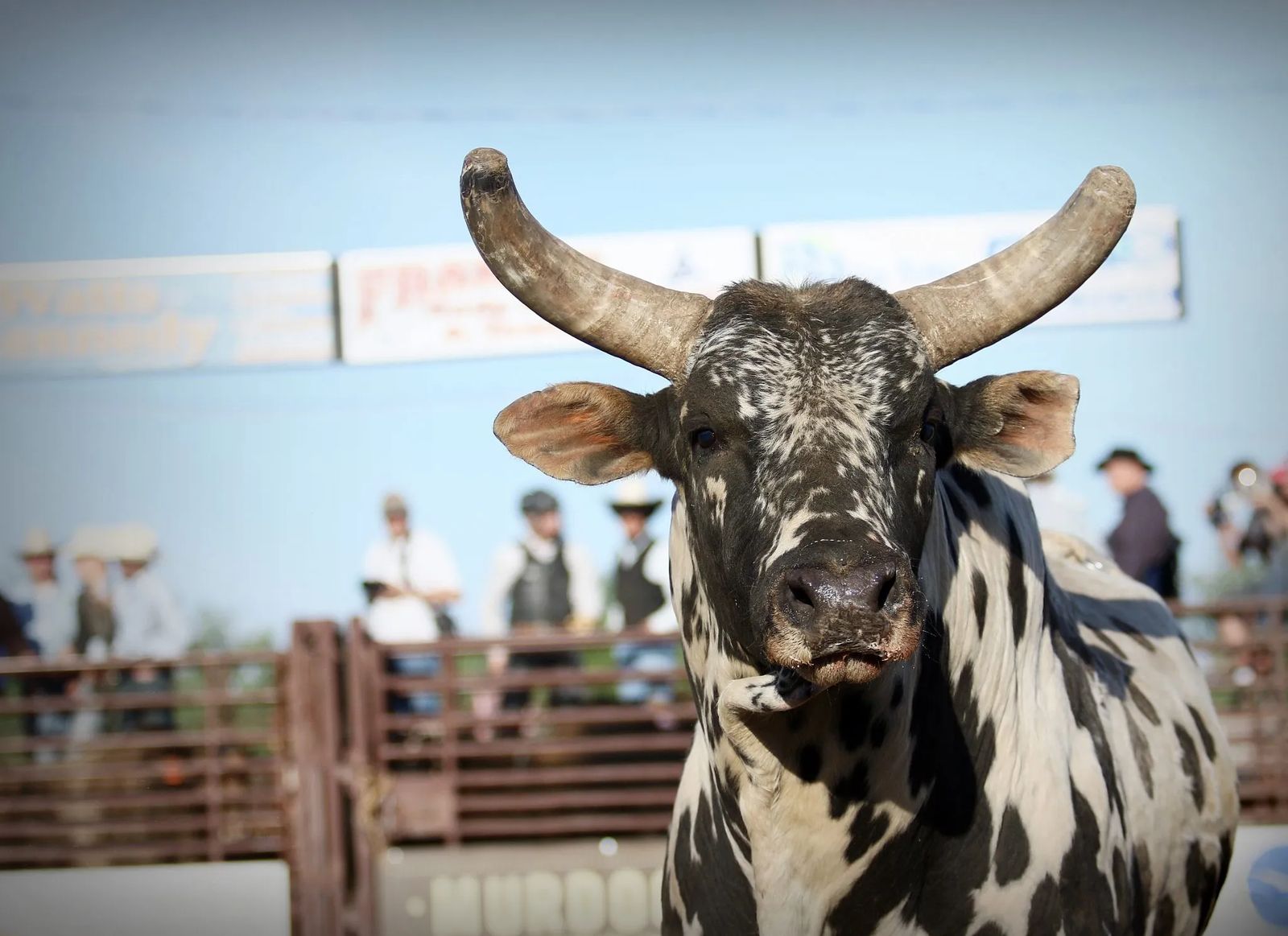 A culture of its own

It’s impossible to attend the Bucking Horse Sale and not come home with a story. Some more colorful than others, but all unique to the weekend.

Mikki Jo McFarland is the owner of the Bison Bar, a main street establishment that has been in her family for 50 years. Loyal patrons claim it is the unofficial headquarters of the Bucking Horse Sale.

“People ride their horses into the bar,” McFarland says. “They’re not supposed to … but they still do. Just last year they did that again.”

One occasion of an authorized livestock entrance was when Harvey Wallbanger — a trained buffalo that competed against racehorses in the 1980s — was ridden in the parade and afterward granted celebrity access. “We had a buffalo in the Bison,” McFarland laughs. She also noted a time when the Budweiser Clydesdale team delivered a wagonload of beer to the bar. “They loaded their eight-horse hitch and backed the wagon right up to the door.” 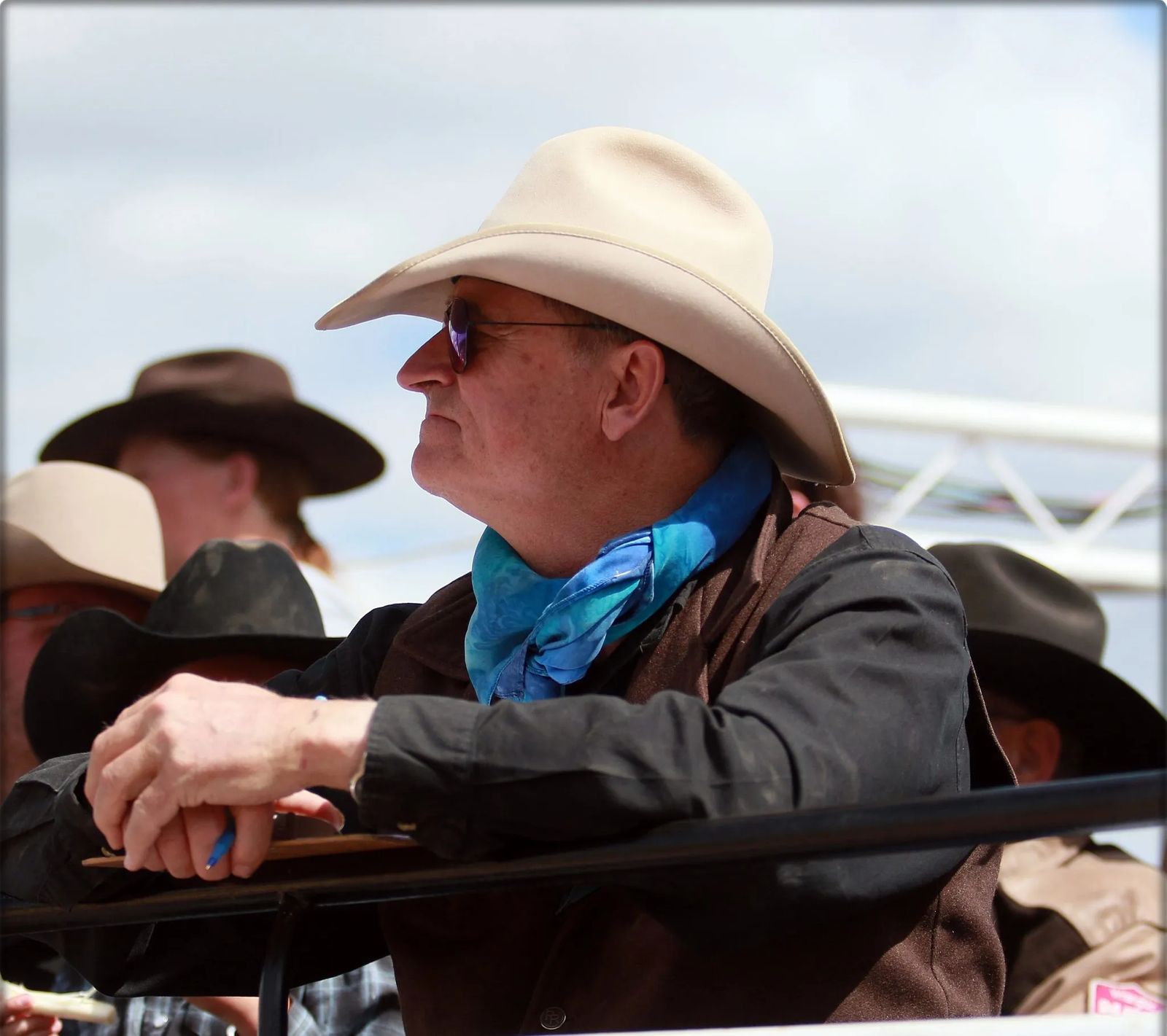 Local lore says the Bucking Horse Sale makes for a lot of marriages — and a lot of divorces. Certainly, romance and fistfights (more often than not correlated) sprinkle their share of flavor over the weekend.

McFarland says there have been many proposals at her establishment over the years.

“A lot of people come back here for the sale and tell us they met at the Bison during the Bucking Horse Sale, ended up getting married, having kids and making a life together,” McFarland says. “They tell us, ‘We just wanted to come back to where it started.’”

Both Watts and McFarland comment, however, that the event has become much more family-oriented since the wild heyday of the ’70s and ’80s.

“The dynamics have definitely changed,” says McFarland. “Back in the day, it used to be all rough and tumble cowboy days. The times of the big drinkers and the big gamblers are gone. It’s a much more family-oriented world.” 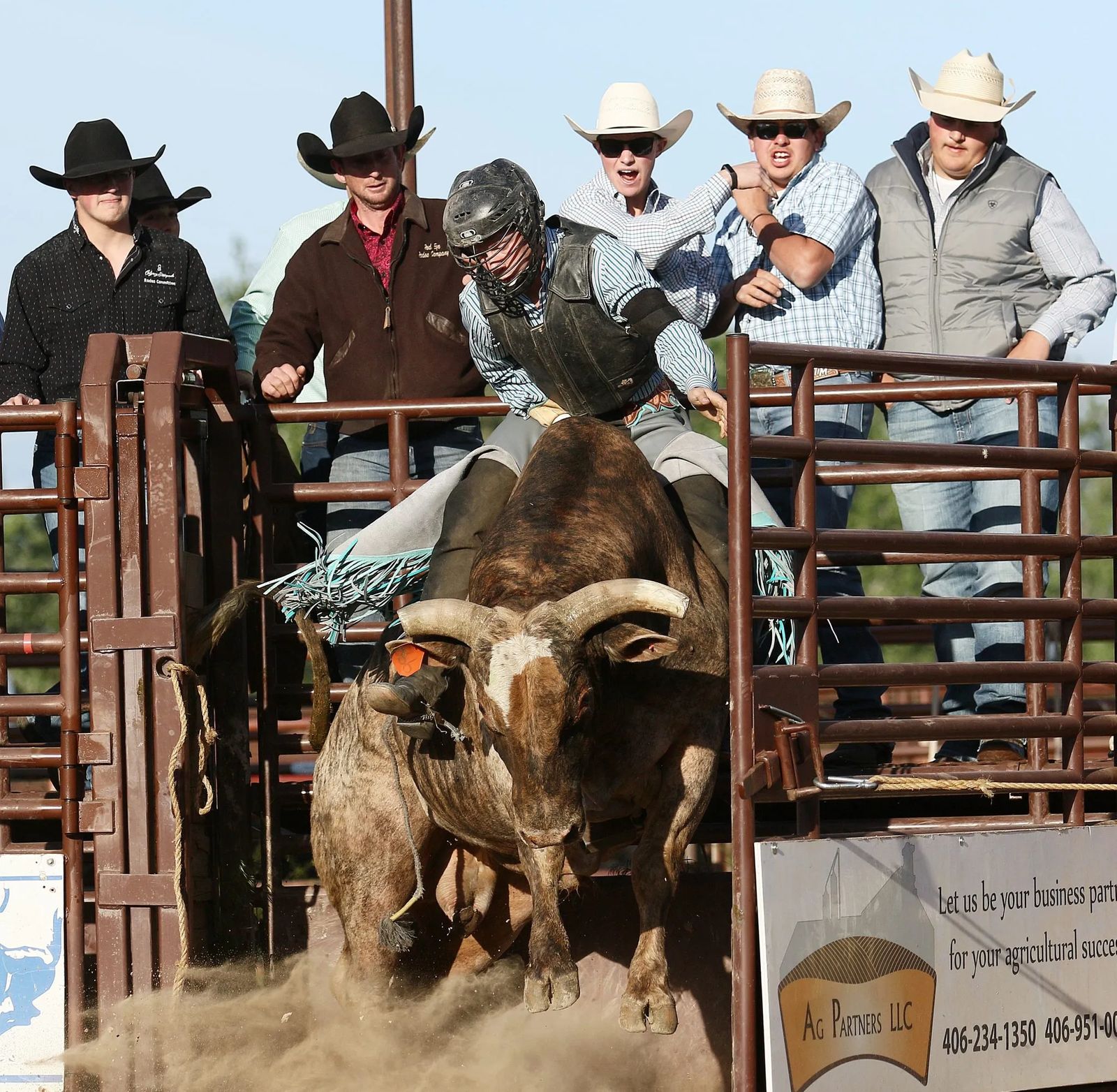 Returnees from the Bucking Horse Sale of the 1970s may be surprised at the variety of events that fill the long weekend of today’s celebration, and there’s no doubt the culture is still the same.

The event has blown past the mark of the 1990s and continues to thrive well into the 21st century — with both heritage and honor. Perhaps not in the way the original bronc stompers, horse bidders and the enthusiastic audience would have envisioned, but with progressive foresight that has adapted to a changing world.

The sale still amplifies the heartbeat of a small corner of the world that invites guests worldwide to a party as they turn the streets into a dance floor and celebrate horses that buck.