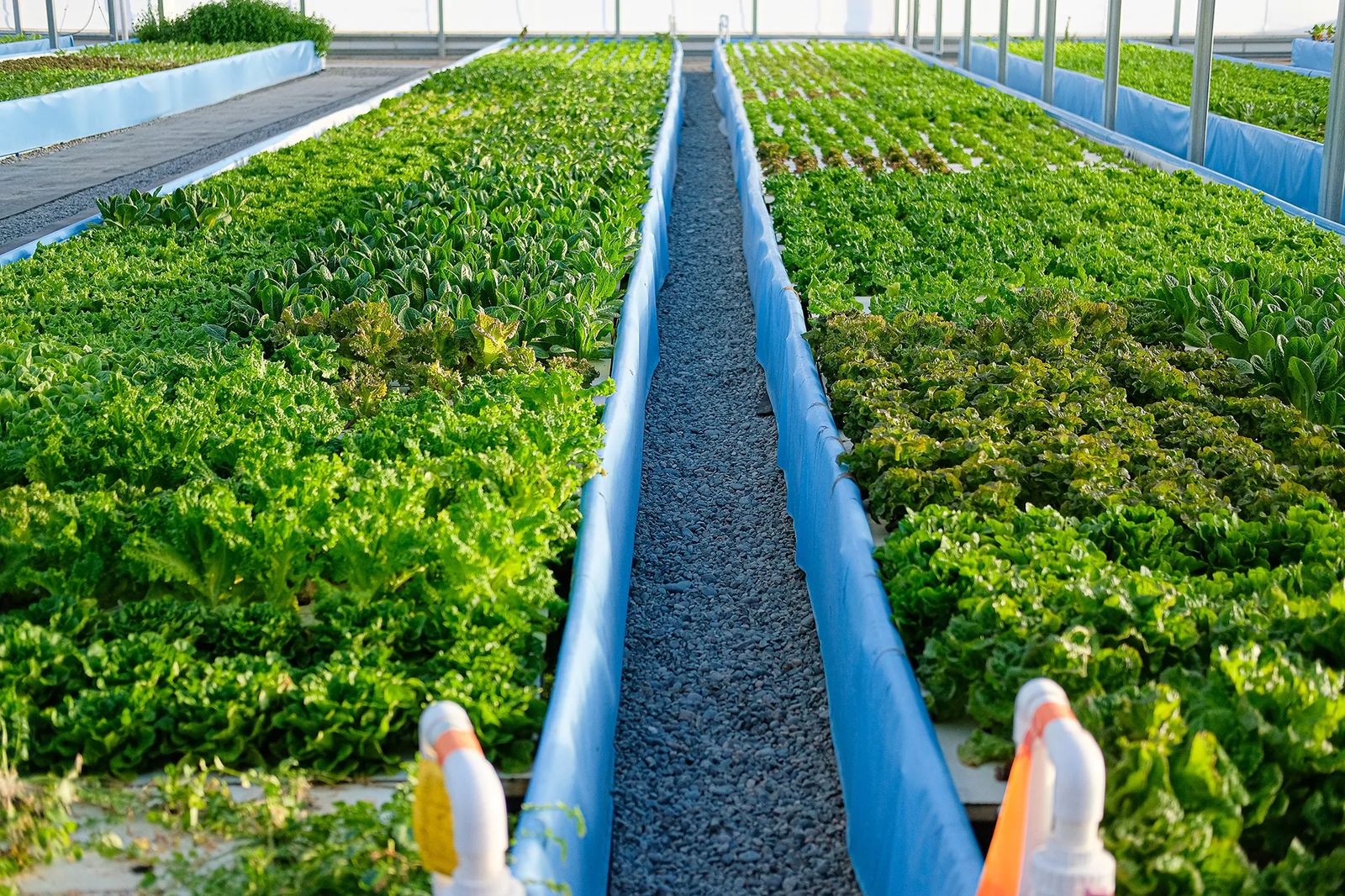 The first time YVW spoke with people behind the Yellowstone Valley Food Hub, late in February of 2020, they were optimistic, convinced that years of hard work were slowly starting to pay off.

By the end of March, two weeks after the World Health Organization declared COVID-19 a global pandemic, the Food Hub’s prospects had improved dramatically. The availability of good, locally produced food had taken on a whole new importance.

“The silver lining of this is that people are realizing that local isn’t just a fad, or something to do when you have the money to do it,” says Annika Charter-Williams, a Roundup-area rancher. “It’s supporting your community and your local food system, so that when you’re supporting your local farms and ranches when times are good, they can support you back when times are bad.” 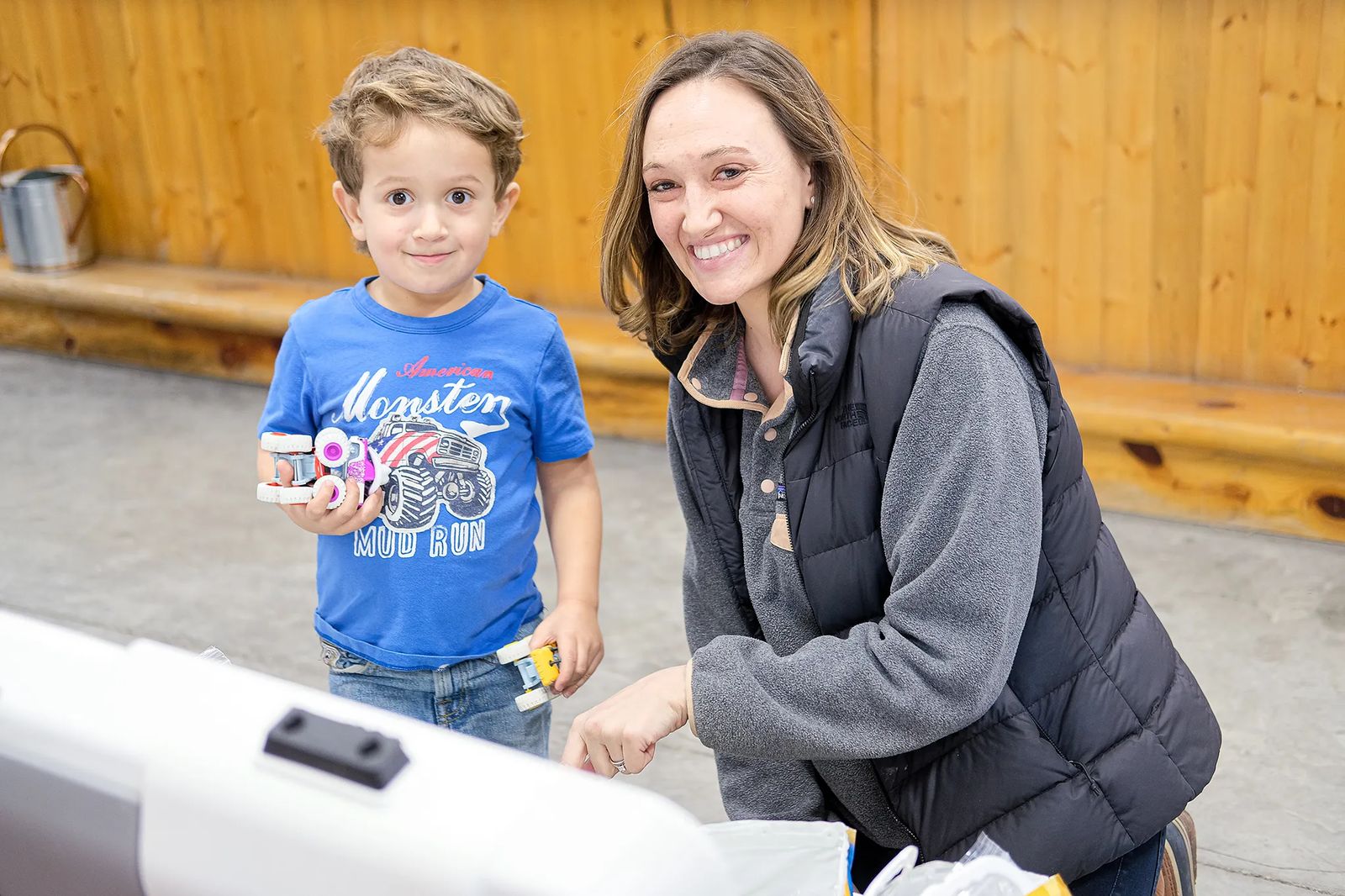 The roots of the Food Hub go back to 2011, when producers including Annika’s ranch, Charter Beef & Livestock, started a local food-buying club. Later, the Yellowstone Valley Citizens Council, an affiliate of the Northern Plains Resource Council, began helping producers organize the Food Hub.

The idea was that more people would buy local foods if there was a central location where products could be aggregated, processed, packaged and sold. Ten local producers had signed on as dues-paying members by the end of 2017, and early in 2018, the Yellowstone Valley Food Hub was officially recognized as an agricultural marketing association cooperative.

Last year, the Food Hub began partnering with Swanky Roots, a large aquaponics greenhouse on Story Road, near Duck Creek Bridge, that grows leafy greens and some herbs and vegetables year-round. More recently, the Food Hub partnered with the Produce Depot in downtown Billings, and both collaborations have raised the Food Hub’s profile and expanded its reach. 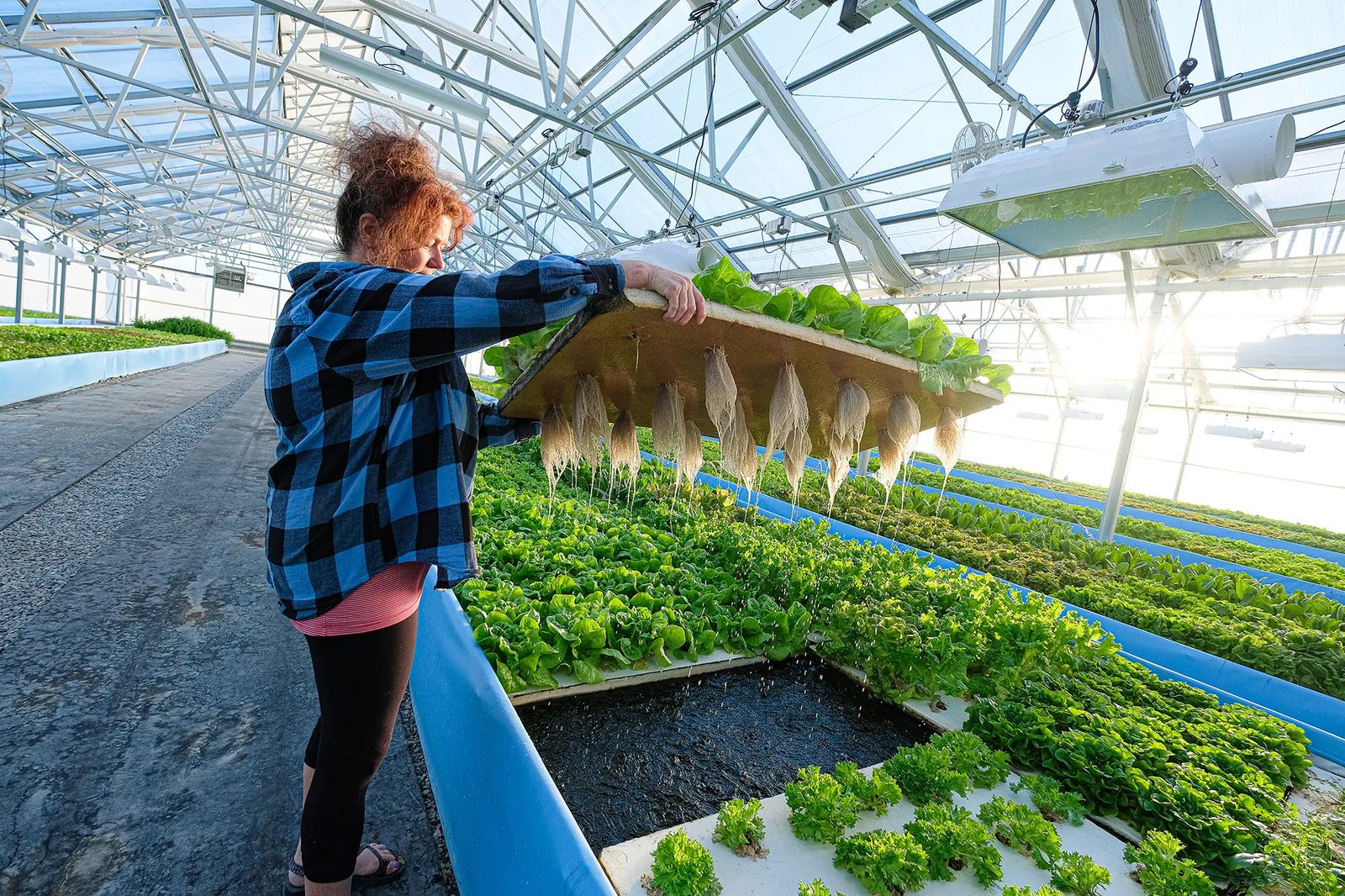 Then the coronavirus hit, and one day most local grocery stores were suddenly out of ground beef. The Food Hub got the word out on Facebook and its website, saying it had plenty of locally-produced ground beef available, and within a week, Annika says, orders to the Food Hub nearly tripled.

Casey Anderson, a co-owner of the Produce Depot, saw a similar increase. In response to the pandemic, the storefront at 2815 Second Ave. N. was no longer open for shopping, but customers could still pick up pre-ordered bags of food there, and the depot also began making twice-a-week deliveries.

On Wednesday, March 25, Casey says, he and his team made more than 150 home deliveries, working till past dark, and they still needed to finish up on Thursday, Meanwhile, 30 to 40 more customers picked up orders at the store.

Casey has also been working with Swanky Roots and had planned to begin adding Food Hub meat products to his delivery options as soon as the group had obtained all the necessary inspections and licensing. In fact, Casey says, he was about to launch a website for the Produce Depot that would include the Food Hub and four or five other local producers, giving consumers a wide variety of ordering options. 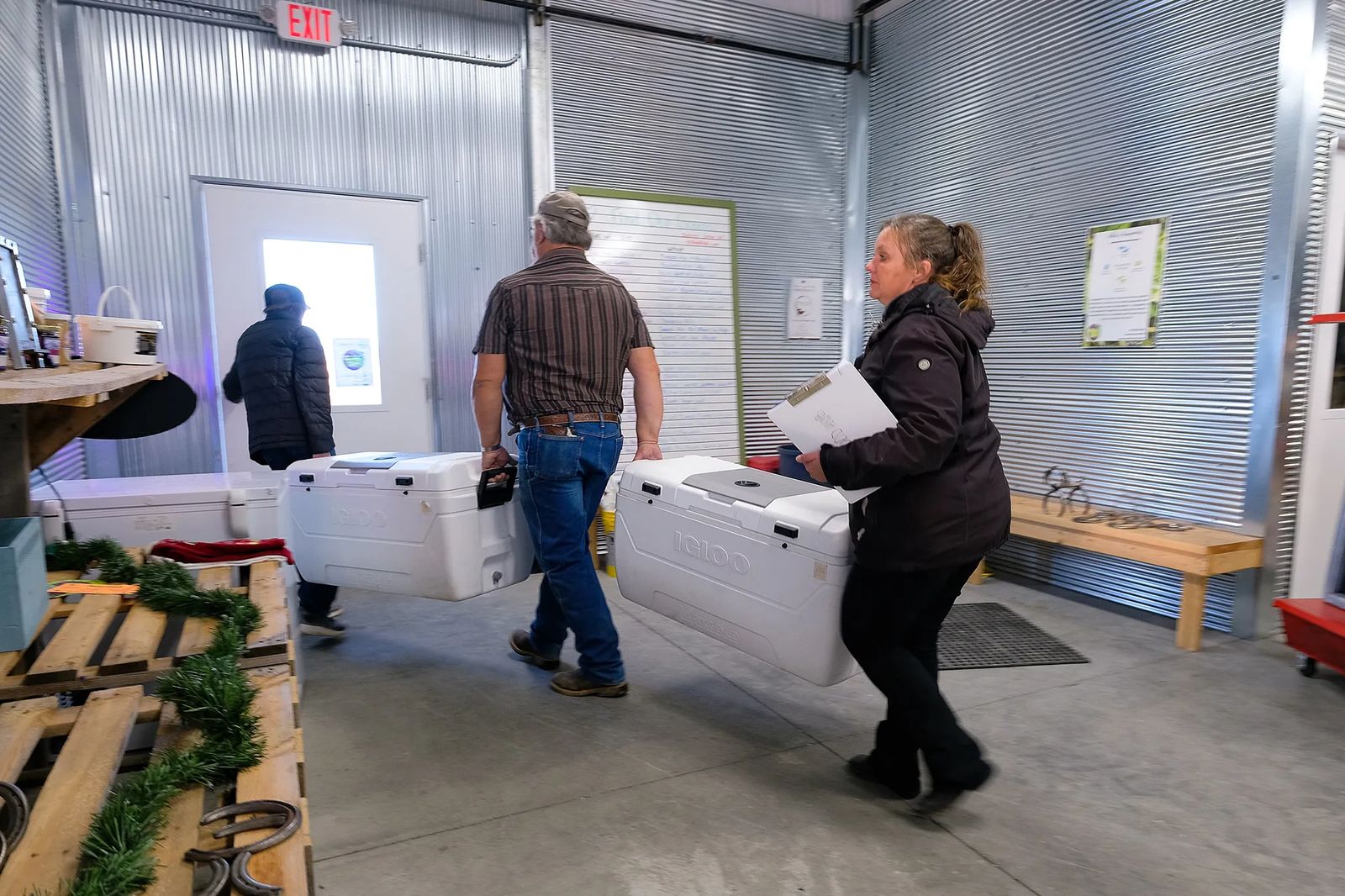 "People order stuff off Amazon every single day,” Casey says. “They’ve got boxes showing up at their house all the time. If you can do that and buy other products that support businesses that are local, that would be pretty cool.”

The Food Hub was also awaiting delivery of a couple of freezers that will be installed in the warehouse portion of the Produce Depot. Casey was also busy trying to find a second location, closer to the West End.

Meanwhile, as of late March, the Food Hub was still looking for a full-time general manager. After losing one GM after just a few months, one of the producers, Brittany Moreland, took over that role for a while, but she grew too busy and had to back out.

Since then, Annika says, she and the other member-producers have been doing the work themselves — educating the public, planning fundraising and awareness-raising events, and talking with consumers, other producers and restaurant owners about the best way forward.

“We’ve got an amazing group of producers,” Annika says. “The best word to describe everybody is, they’re just so steady. We’re getting it all done without a general manager, which is actually kind of insane. But I’m super proud of everybody.”

Teresa Erickson, who recently retired from the Northern Plains Resource Council, volunteered to lend her expertise in the search for a new GM. The response was already strong before the pandemic hit, after which the number of applicants doubled, to about 30.

Teresa says hiring the right person for the job should really boost the Food Hub’s prospects, as will finding a larger, centralized facility where all the processing, storage and sales can be done. It’s a lot of work, she says, but “I’m just so energized by the producers’ enthusiasm.”

And in another instance of bad news turning into an opportunity, Teresa says, Billings in the past couple of years had to deal with the closure of the three grocery stores that led the way in buying local products — Good Earth Market, Evergreen IGA and Lucky’s Market.

Those were big blows, she says, but the lack of retail options raised the profile of the Food Hub, and got a lot more people thinking about the necessity of finding new ways to support local food systems.

Peter and Ruhiyyih Tolton have been believers for years. The married couple used to buy food through a local farm’s community-supported agriculture program, and later bought micro-greens from a friend who went into that business. Those options eventually went away, but Peter and Ruhiyyih still buy local as much as they can, through the Food Hub.

Ruhiyyih says she spent most of her adult life not eating meat because of “a disgust with factory farming,” but the Food Hub has given her a chance to reintroduce meat into her diet.

“I just felt like including some meat in my diet felt like a healthy choice,” she says, “and I feel like I have access to meat that I trust where it comes from, and that the animals are treated in humane ways.”

For Peter, the main attraction is dealing directly with farmers and ranchers.

“You get to see and have a chance to build a relationship with the people who are producing the food, which is huge,” he says. 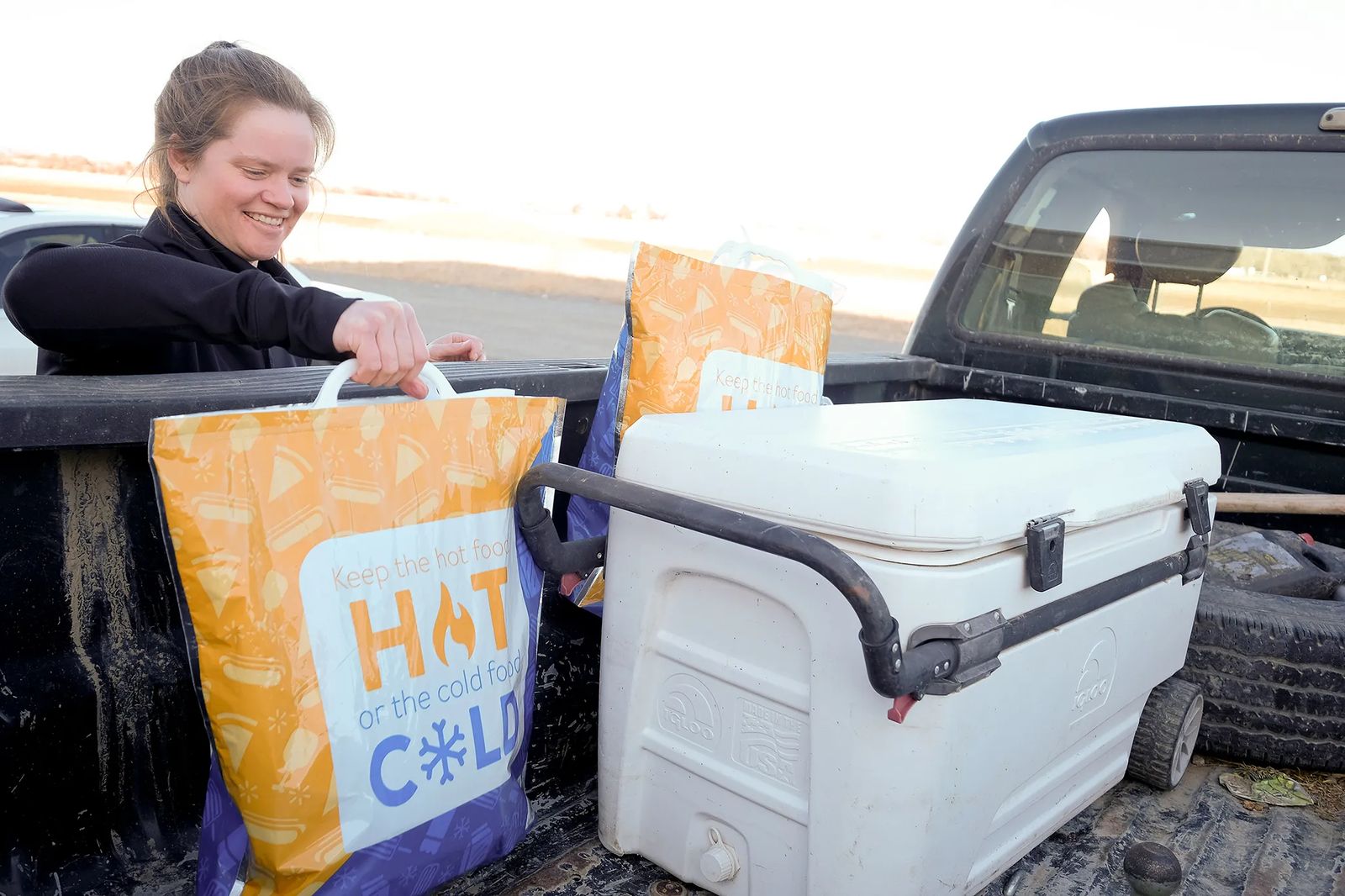 Rhonda Hergenrider knows the feeling. She raises hogs on her family’s farm near Bridger and figures she sold 50 to 60 hogs last year through the Food Hub. “The market is there, the interest is definitely there,” she says. “It’s just lining everything up.”

But for Rhonda, the benefits go beyond the purely economic. “What I like is just being able to visit with consumers about what we do and what they want,” she says.

Annika says one big need now is for more nearby processing options. There are so few meat processors in Eastern Montana that ranchers have to book slots months in advance, and even then pay four to five times as much as it would cost to have the meat processed in Nebraska.

Annika says she is not advocating that ranchers sell all their meat locally. With more cows than people in Montana, that wouldn’t be remotely possible. What she would like to see is a two-tier system that moves meat onto the national market but also allows those who want to sell locally to do so as efficiently and economically as possible.

Some factors are beyond the control of individual ranchers, including the concentration of the business in the hands of four giant meatpackers. Change will come partly as a result of congressional action to deal with the challenges faced by producers, and partly as consumers change their buying habits.

“At the very least,” Annika says, “change is in the air.”

An open door to local meat and produce

The Yellowstone Valley Food Hub offers a wide variety of frozen beef, pork and lamb products, in addition to some eggs, herbs and honey. Through its partnership with Swanky Roots, it is also offering a variety of leafy greens and some vegetables.

You can take a look at all of the Food Hub’s offerings, and also place orders, on the group’s website, yvfoodhub.com.