Billings Clinic is Montana’s largest independent health system, serving Montana, Wyoming and the western Dakotas. We’re proud to be a community-governed not-for-profit health care organization, and the community’s largest employer. We have nearly 600 physicians & advanced practitioners who work together to provide coordinated care and access to over 80 areas of specialty including comprehensive women’s health services, pediatrics, heart care, neurology and cancer services. 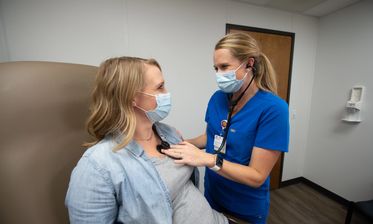 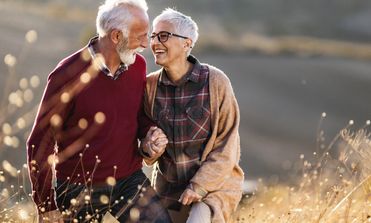 That's why it's important to stay on top of your preventative care. Click the box to learn more about the screenings and tests you might need depending on your age, gender and health status. 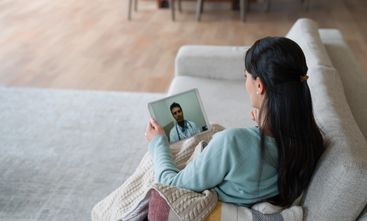 Whether it's our COVID chat box, virtual same-day appointments or virtual visits with your primary or specialty care physician, we’re innovating the way we deliver health care. Click the box to learn how virtual care might suit your needs. 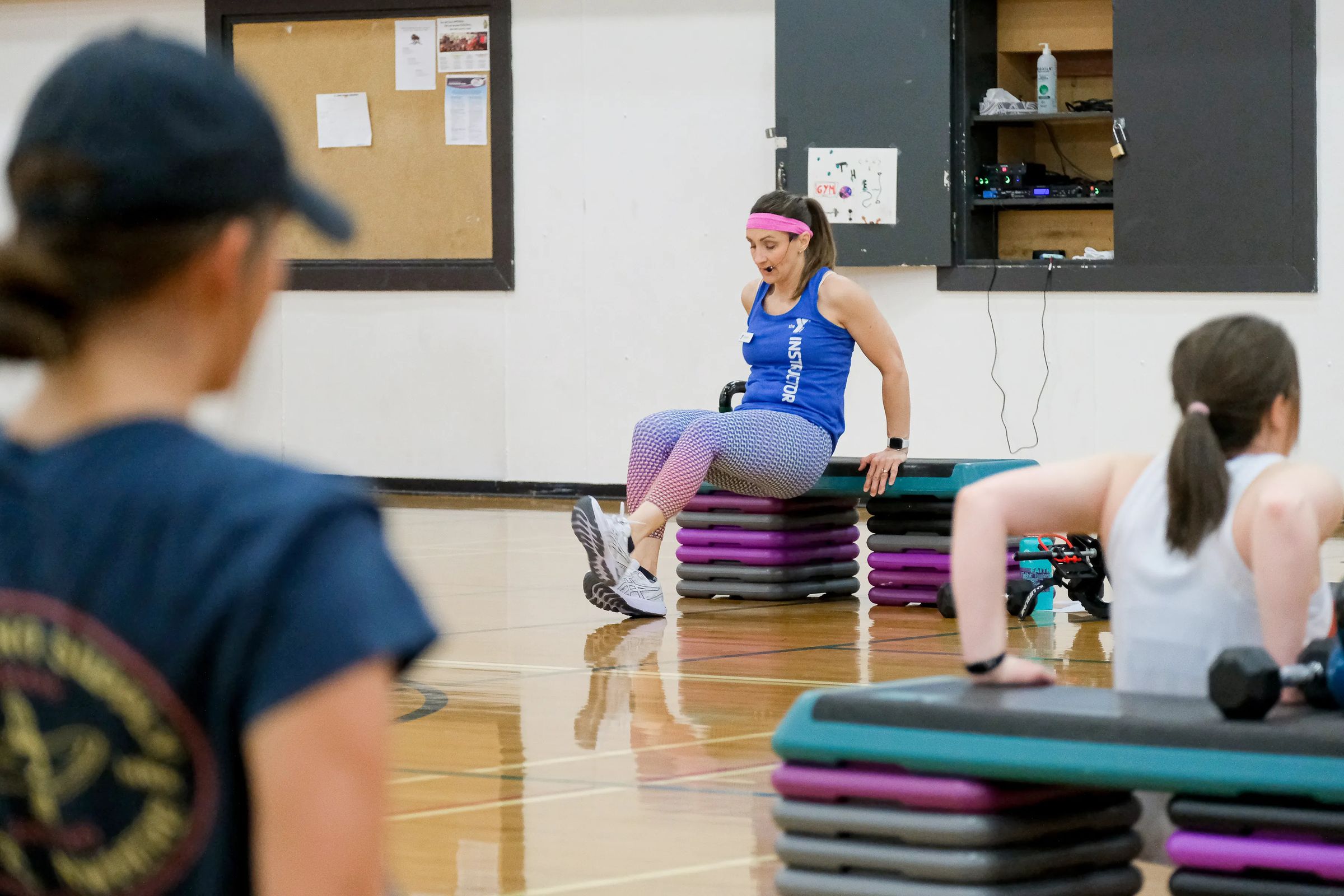 getting rid of the shame

Whether she’s teaching fitness classes, caring for her family or directing several guest services departments at Billings Clinic, Stacey Booth is always on the move. But for many years, a medical condition called stress urinary incontinence slowed her down. The problem started in 2005, after she gave birth to her daughter.

“It was what I would consider pretty minor at first, but after I had my son in 2008, it got worse because I became more active,” says Stacey. “I started doing agility races and teaching at the Y. That’s when I started to notice how extreme my situation was.”

Stress incontinence happens when pressure increases on a woman’s bladder and causes urine to leak. All sorts of things can cause that pressure, including laughing, coughing, sneezing, running, jumping and lifting heavy objects. When pelvic floor muscles weaken, the bladder can drop and stop the urethra, the tube that carries urine from the body, from closing completely. The causes are many — childbirth, menopause, even obesity. 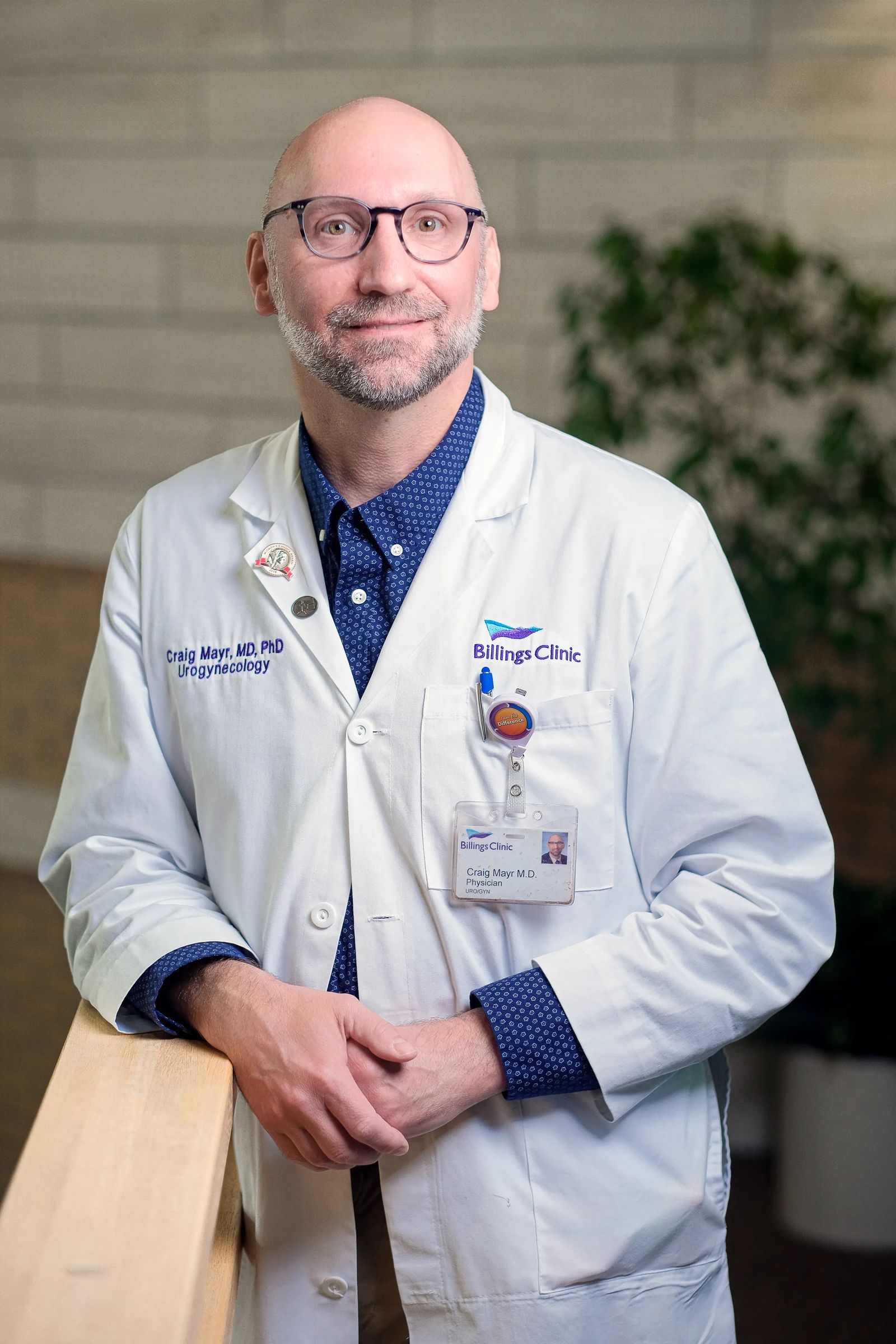 ﻿Urogynecologist Dr. Craig Mayr of Billings Clinic says the good news is, the condition is quite common and very treatable.

“Probably 30 to 40 percent of women who have had a vaginal delivery will experience stress incontinence at some point in their lives and need to be treated for it,” Mayr says.

Many women, however, are too embarrassed about urine leakage to even talk about it, let alone seek help.

“It’s not pleasant,” Mayr says. “It’s not something you talk about over dinner: ‘Enjoy the ham. By the way I’m incontinent.’ Nobody says that.”

Stacey agrees. “I have a girl’s night out group, and we joke about it and everybody starts laughing, but at the same time it’s not something you really talk about.”

Too often, Mayr says, women with stress incontinence blame themselves. He says there’s no reason to be ashamed. 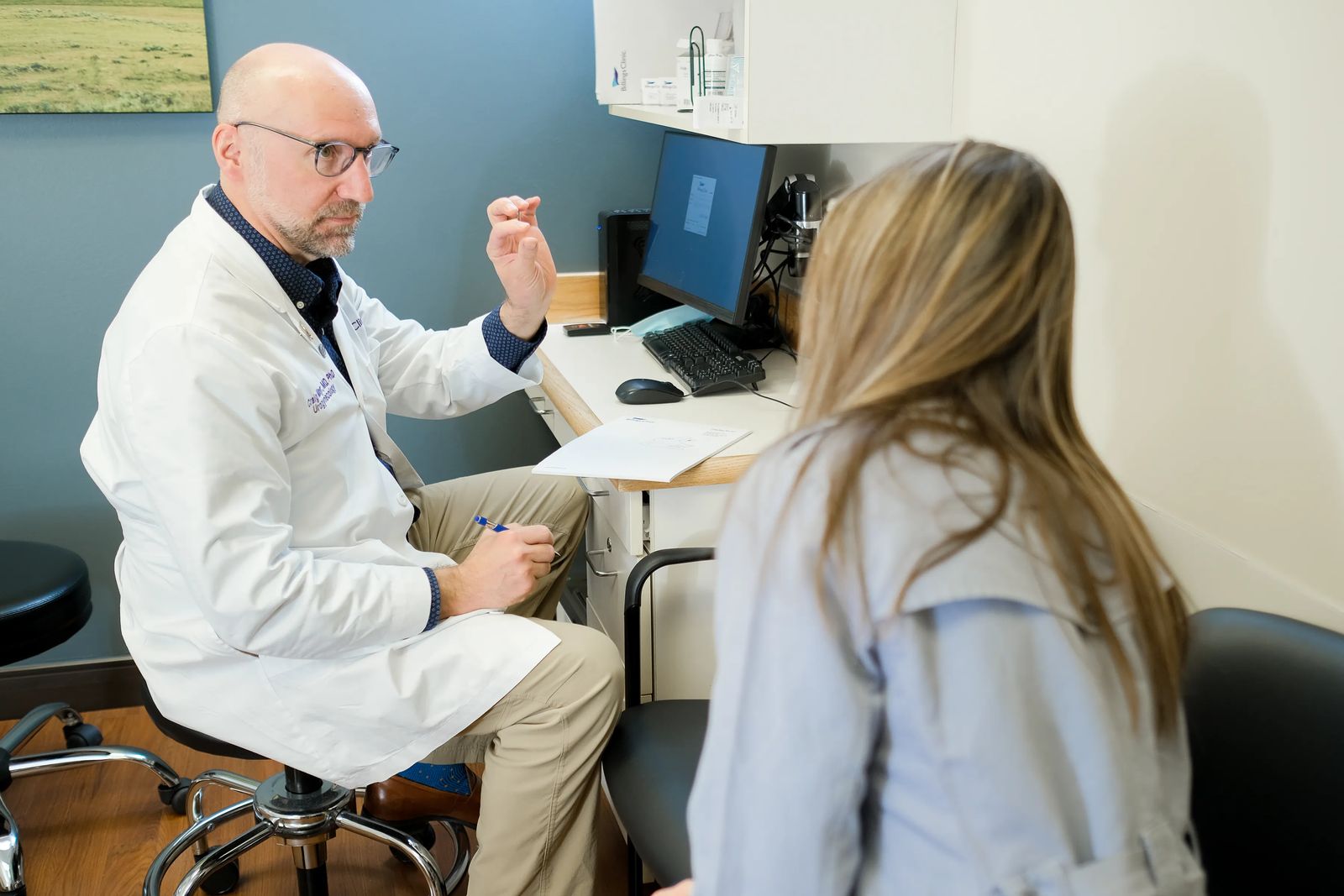 On top of the embarrassment, many women don’t seek treatment because they think this condition is just something that goes along with childbirth.

“Women who come to my office often say, ‘Well, I have normal leakage,’” Mayr says. “What is normal leakage? There’s no such thing as normal urinary incontinence. I think there’s a notion out there that women who’ve had pregnancies, term vaginal deliveries, you just accept that you have to leak when you laugh or cough or sneeze. They even joke, like, ‘Oh yeah, I’ve got to squeeze before I sneeze.’”

Stacey was one of those women. “Stress incontinence runs in my family,” she says. “I convinced myself that this was normal, and this was how it was going to be forever.”

But when her symptoms worsened after her second child was born, Stacey started looking for solutions. Many women get good results by doing exercises prescribed by a physical therapist specially trained to deal with pelvic floor disorders.

“I was doing physical therapy regularly for almost two years and while it wasn’t unsuccessful, it wasn’t meeting the needs, the expectations I had,” she says. “I became very frustrated and started feeling very defeated, very ashamed.”

In March of 2017, an annual check-up with Physician’s Assistant Bridgett Eckley at Billings Clinic gave her Stacey hope. 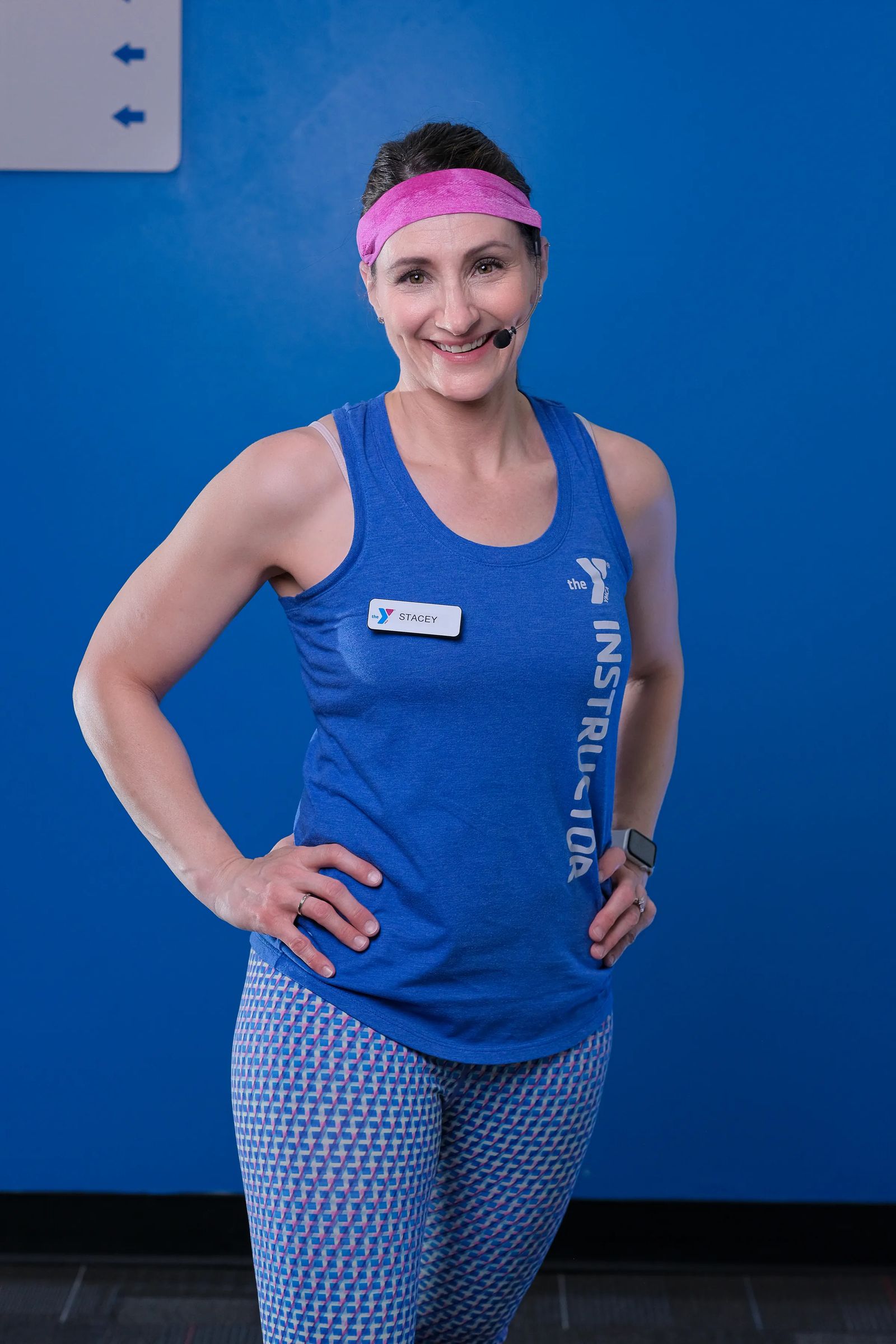 Stacey then met with Dr. Mayr, who outlined potential treatment options for her, including an outpatient procedure called a mid-urethral sling. It’s a small mesh implant placed underneath the urethra to help it close and prevent urine leakage. A woman’s own body tissue can also be harvested to create a sling, but Mayr says a mesh implant works best.

“As far as procedural treatments, it’s our gold standard for treatment,” Mayr says. “It’s about a 10- to 15-minute procedure in the operating room under anesthesia. About 90 percent of patients who get a sling are happy with their results. Day to day, they’re not leaking, they don’t have to wear a pad, they can go work out without the nagging fear that they are going to have trouble. For some women, it kind of gives parts of their lives back to them.” 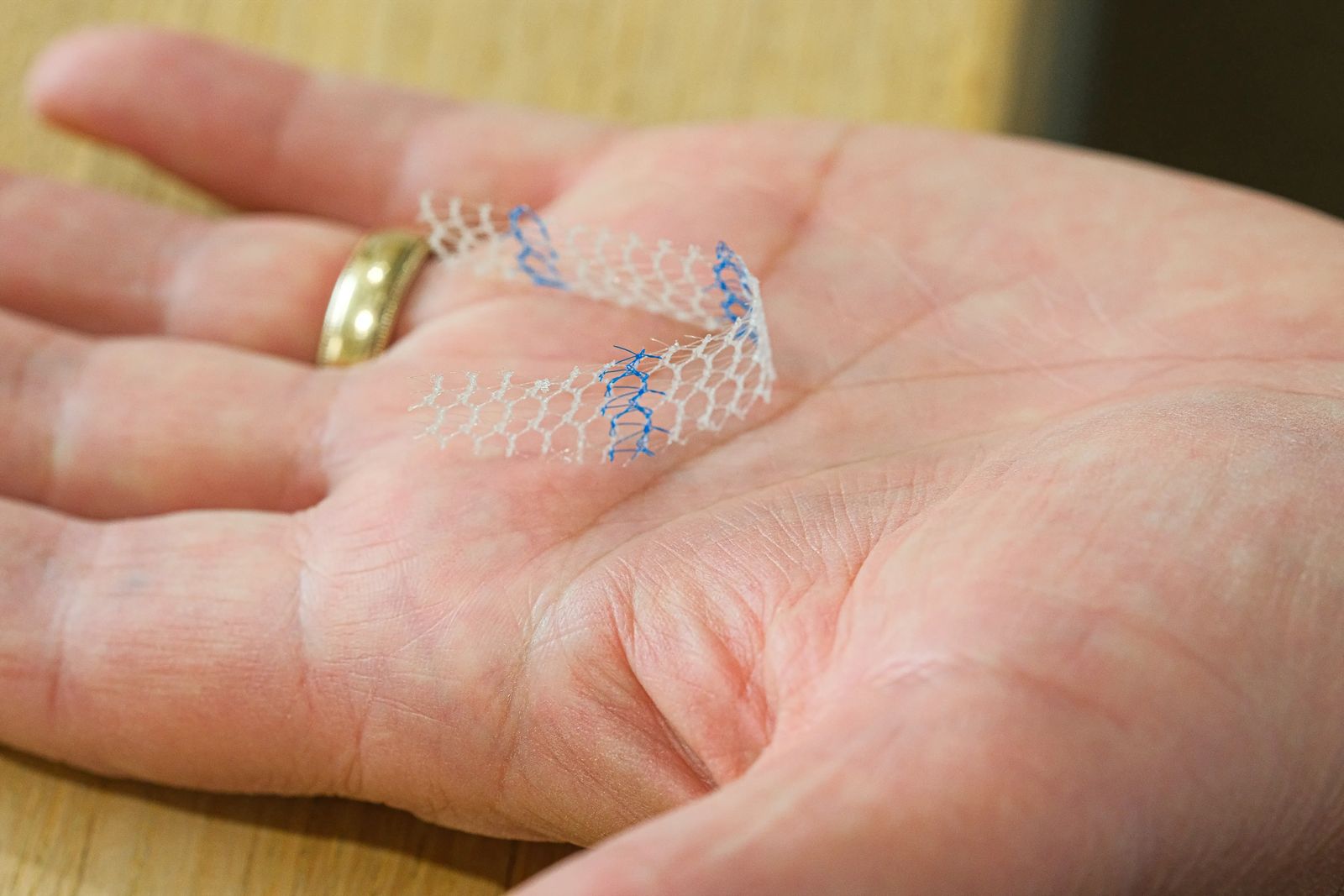 In some surgeries, the use of mesh is controversial because of the high risk of complications. Mayr says the American Gynecologic Society has determined the sling procedure doesn’t have a high mesh complication rate. He adds that 1 to 2 percent of women who get a sling may experience a complication, and certain factors that impair wound healing, including smoking and diabetes, can increase that risk.

“I’m a 100 percent success rate for this procedure,” says Stacey. “I had prepared myself for it not being perfect because I had been living with this for so long.” She says Mayr told her, “I can’t promise you perfection, but I can help you.”

While the procedure lasted less than half an hour, Stacey had to follow four weeks of post-surgery requirements to ensure the best results. She avoided lifting more than five pounds, having intercourse, getting in a hot tub and getting constipated. She says she’s convinced the procedure worked so well because she followed through with the post-surgery protocol.

Before Stacey underwent the sling procedure, stress incontinence had a big impact on her everyday life. She often carried what she calls a “first aid kit,” filled with incontinence supplies.

“It was a preparation,” Stacey says. “It was like you’re planning to go on a trip where you have to pack. I remember walking into a concert at the Metra one time and having that moment of, ‘Oh my gosh, I forgot,’ and then that fear of not being able to enjoy the concert because I couldn’t stand up like everybody else.”

By that point, the frustration of dealing with stress incontinence had taken an emotional and financial toll.

“I was also spending an extreme amount of money on products to take care of myself. I didn’t buy anything other than black workout clothes." 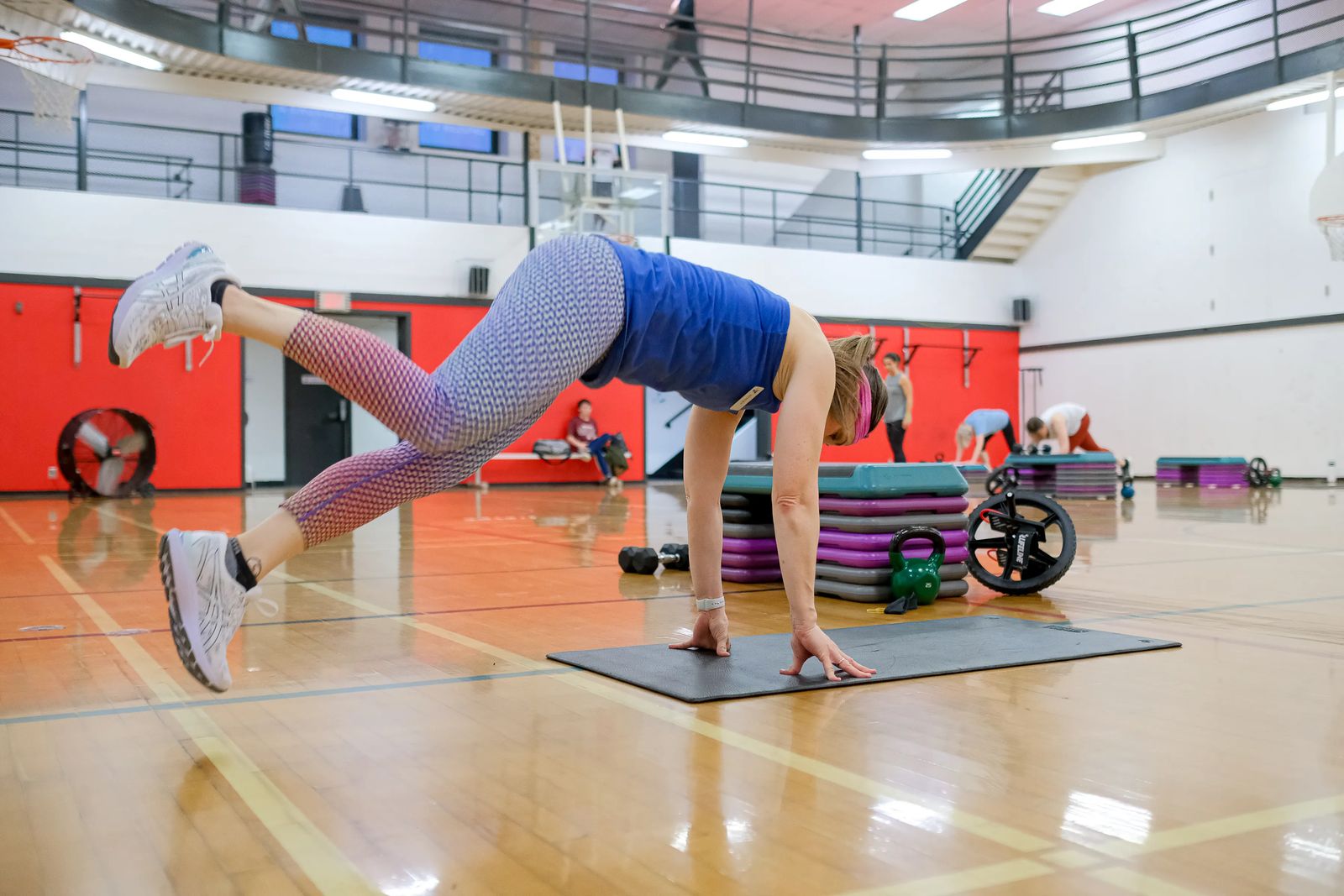 These days, Stacey wears workout clothes in every color and is relieved she no longer has to prep for incontinence problems.

“I haven’t thought about it in five years, and the fact that I don’t have to think about it, I’m like ‘Holy cow!’” says Stacey. “So, Bridget Eckley and Dr. Mayr changed my life.”

Stacey hopes sharing her story will encourage more women to start talking about stress incontinence, stop feeling ashamed about having it, and seek treatment.

“I regret the shame I had for myself for something that was completely out of my control, for losing hope, because I’m really not that kind of girl,” says Stacey. “My biggest regret is not doing it sooner.”

A look at the potential treatments

More from the Experts at The Billings Clinic 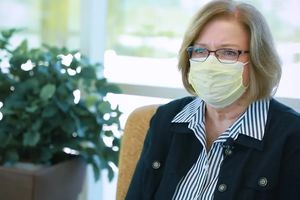 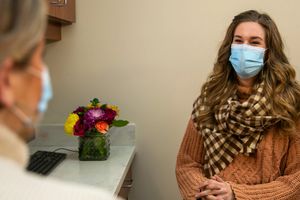 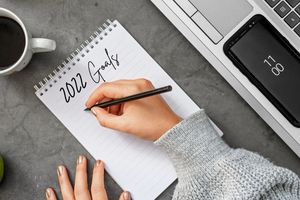 Not Keeping Your New Year's Goals?

The top 3 reasons why you might not be succeeding 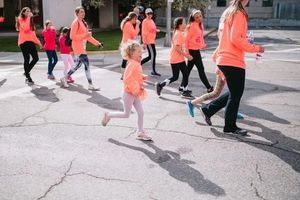 Signed Up For the Women's Run?

4 tips to help make this your best run yet